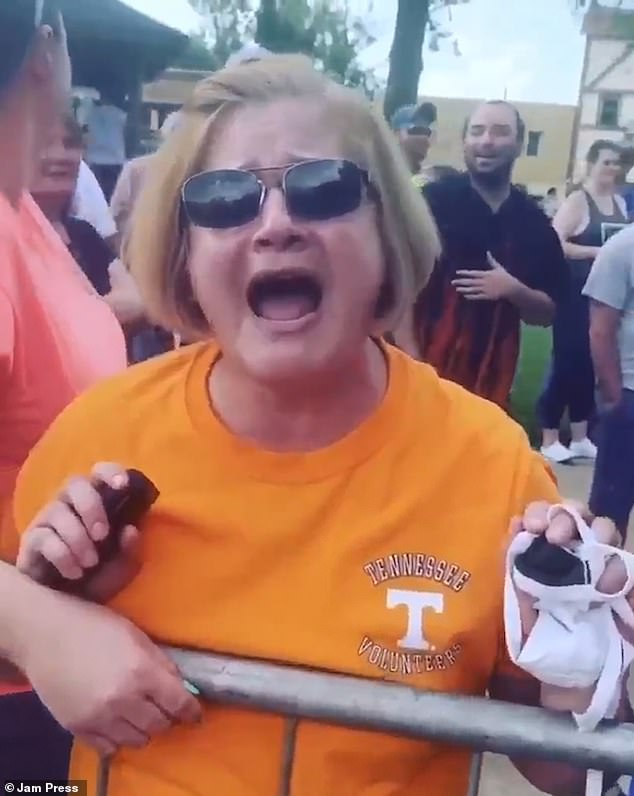 A woman has been fired from her job after yelling racial slurs at Black Lives Matter protesters during a Tennessee rally.

Sonya Holt is no longer an employee at the Keith Family Vision Clinic in Johnson City, her ex-bosses have confirmed.

Holt was stripped of her job after video footage went viral on the weekend that displays her again and again chanting: ‘White lives matter, white lives are better’.

Demonstrators for the New Panther Initiative, a Black Lives Matter group, had gathered at Covered Bright Park in Elizabethton to protest against racial inequality and police brutality on the weekend.

Sonya Holt, above, is no longer employed at the Keith Family Vision Clinic in Johnson City 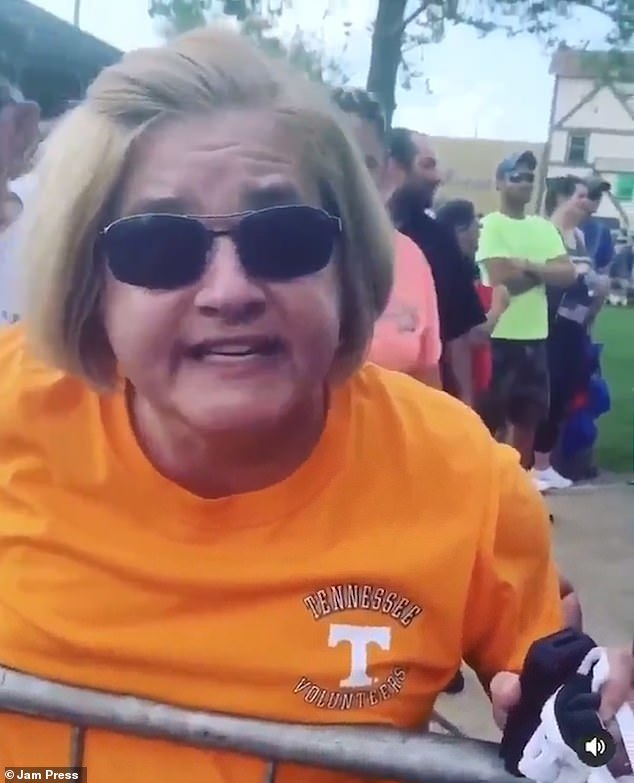 Johnson was filmed shouting ‘White lives matter, white lives are better’ at protesters throughout the rally 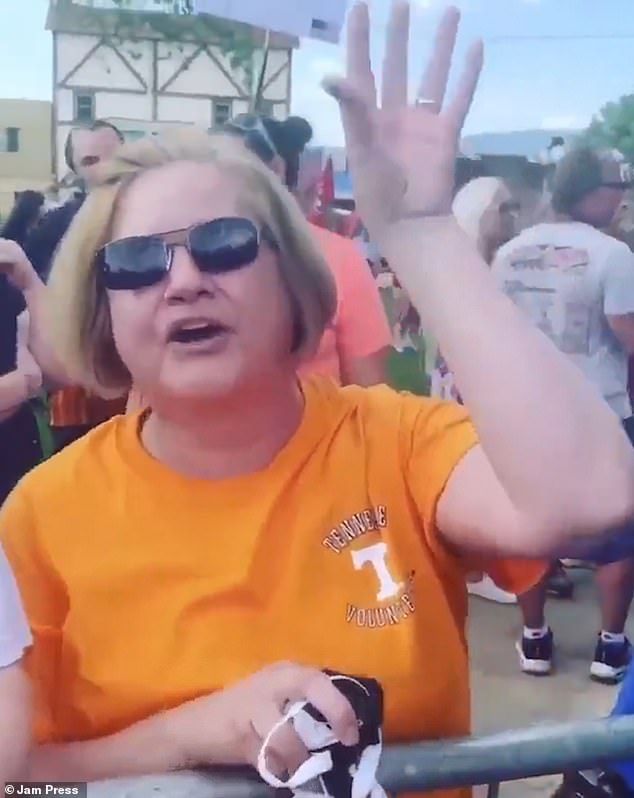 But counter-protesters, including Holt, flocked to the scene to jeer at demonstrators as they entered the park.

It is also so-called that Holt made a number of homophobic slurs and told protesters they’d ‘burn in hell’.

Teenager and activist Sierra Gilmer, who shot the footage, said she was not surprised at Holt’s behaviour.

‘The biggest thing to eliminate from this is merely to realize that racism is in your community however much you believe it might perhaps not be,’ she told News WCYB5.

‘There are many people that reached out if you ask me saying they didn’t understand that this was happening in Elizabethton and they did not realize there have been people there like that.’

The rally is just one which has taken place in the wake of the death of George Floyd, an unarmed black man who was simply killed each time a white officer knelt on his neck for nearly nine minutes in May.

Despite the jeers demonstrators tried to activate in dialogue with counter-protesters throughout the rally, which lasted around three hours.

What an odd week it was. We got the briefest taste of significant hockey. It was playoff shareware. And surpassing the certifying round...
© Copyright 2020 - reporter.am