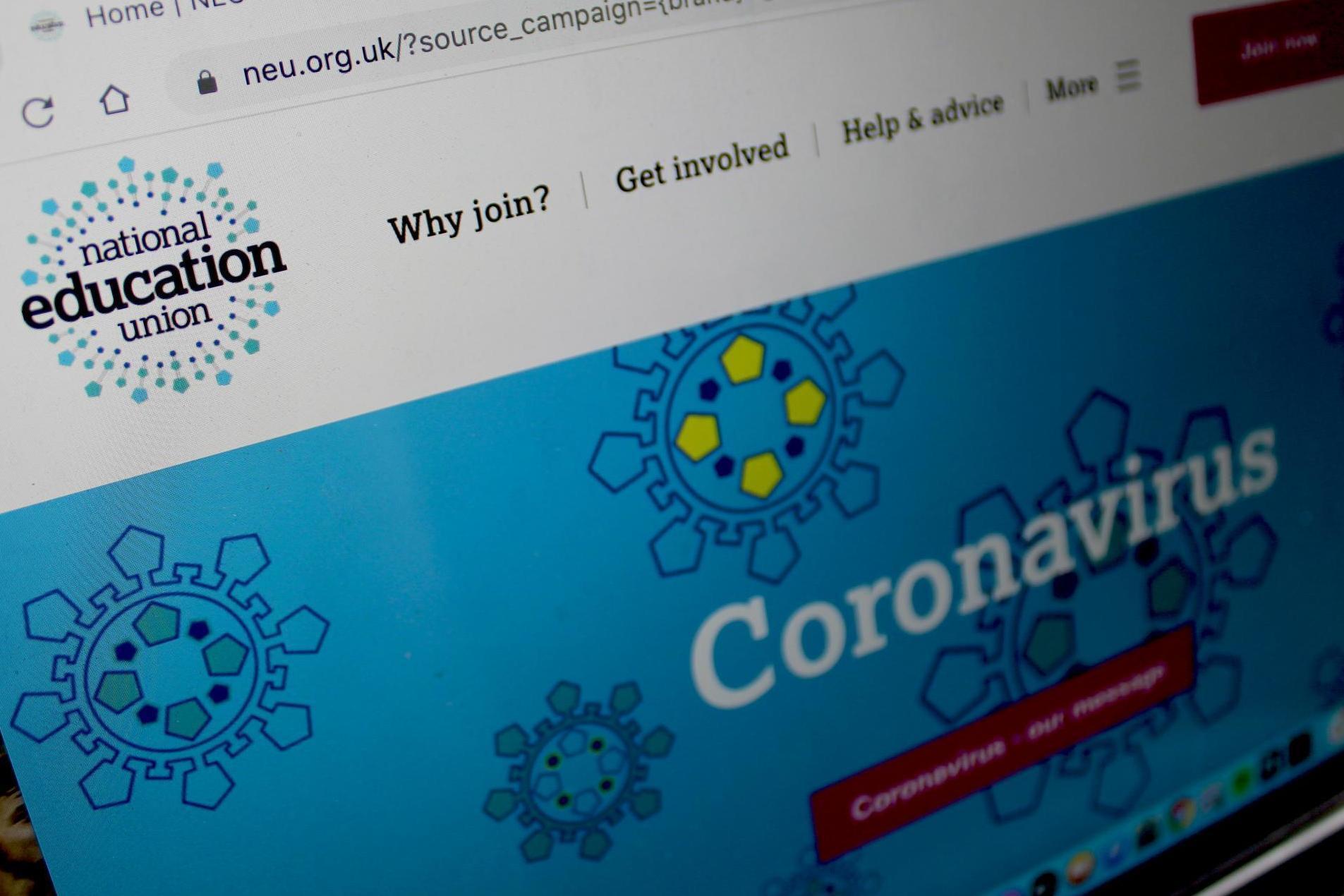 The National Education Union has been accused by a whistleblower of risking the safety of its members by failing to tell them of a suspected case of coronavirus following a conference held simply earlier than the UK-wide lockdown.

It comes because the academics’ physique stays engaged in a fierce battle with authorities over Boris Johnson’s plans to partially reopen main faculties at the start of June amid safety considerations of kids and members.

In correspondence seen by The Independent, a former worker on the National Education Union (NEU) alleged that after a conference in Taunton – attended by round 30 delegates – solely members of employees have been knowledgeable that one attendee had reported signs of the virus, and have been instructed to self-isolate.

The whistleblower’s formal grievance, surrounding the occasion held between 14 and 15 March, and submitted shortly after they left the NEU underneath the organisation’s whistleblower disclosure coverage, stated that they and colleagues had requested the identical instruction be issued to delegates and venue employees.

But, it added: “To the best of my knowledge and belief, advice was never issued to delegates or anyone connected with the venue. As I understand local management colleagues did not feel able to make the decision about whether to advise NEU members or the venue.”

“My understanding is that the decision was escalated through the management chain to the JGS [Joint General Secretary] who decided not to advise members or the venue. When I was informed of this decision I objected, pointing out the clear H&S [Health & Safety] risks. Despite my objections, I was instructed not to advise either members or the venue.”

The assertion continued: “This instruction was particularly regarding as NEU members within the WhatsApp group arrange in the course of the occasion have been discussing the corona outbreak and at the least one of the delegates disclosed their ‘high risk’ standing.

“In addition, an NEU colleague who attended the event, albeit for a shorter duration than other colleagues, decided not to self-isolate. I was instructed not to advise colleagues in the regional office I was self-isolating to avoid ‘panic’ amongst regional colleagues. I believe this decision making endangered the health, safety and wellbeing of members, NEU staff and the public.”

In the findings of the NEU’s inner investigation, the union highlighted that recommendation from Public Health England or authorities by the 15 March had not instructed the general public to self-isolate if they’d come into contact with a person with suspected Covid-19 signs.

However, it added that the choice to not write to delegates to tell them of the suspected case of coronavirus on the conference in mid-March was taken by the joint common secretary (JGS) and deputy common secretary (DGS).

Their determination – communicated to the nationwide and regional organising groups two days later – acknowledged: “This is a very difficult and unprecedented situation. We are concerned that to send comms to the attendees has the potential to cause unnecessary concern; we are not clear that the member concerned has coronavirus, and it is also possible that whatever she is suffering from (coronavirus or not) could have been picked up following the end of the conference. We have to consider the knock on impact such comms would cause. The JGS and DGS are all in agreement that the comms should not be sent.”

The particular person accountable for probing the whistleblower’s allegations, added: “It is clear from my investigation that some managers were uneasy about this decision.”

However, the interior memo insisted the choice was made “in good faith” and stated its recommendation to employees who attended the conference to self-isolate went past the Public Health England recommendation on the time, “which would not have required people to stay at home in these circumstances”.

The investigator concluded: “The JGS and DGS decided to not write to delegates who attended the conference on 14 or 15 March to alert them to the truth that a delegate was experiencing attainable Covid 19 signs. There have been totally different views throughout senior managers.

“I believe this to have been a finely balanced judgment. The decision that was made in good faith and was clearly in line with the Public Health England advice at the time.”

Asked for touch upon the previous worker’s allegations and the investigation into the claims, a spokesperson for the NEU instructed The Independent: “The grievance was made underneath our whistleblowing coverage and totally investigated.

“The conclusion of the investigation was that the selections have been made in good religion and that each one recommendation offered to employees was based mostly on the freshest Public Health England and authorities recommendation out there on the time.”

There were cheers from physically distanced crowds as nine-year-old Tobias Weller, a boy with autism and cerebral palsy, completed his remarkable challenge to walk...