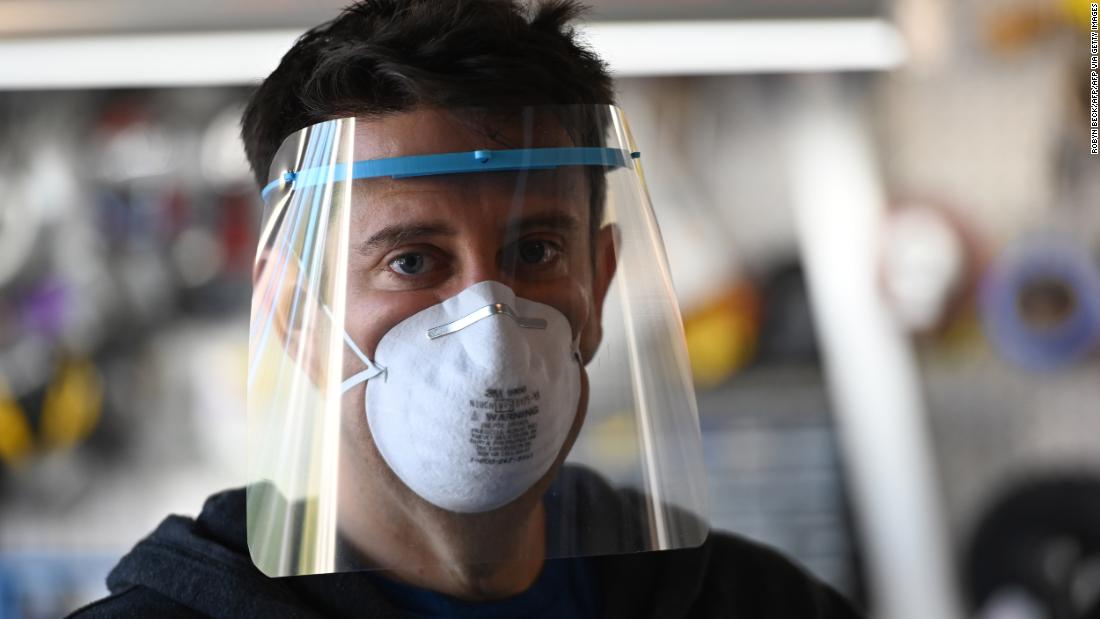 Fast-forward to today — with cases surging in the US — and the President has made only sparing use of the law’s broad authorities to compel businesses to manufacture equipment for the fight against the virus.

As a result, while large health systems and hospitals have been able to build up their inventories of equipment through preexisting contracts, smaller physicians’ offices and assisted living communities have had trouble getting what they need.

The 1950 law gives the government more control during emergencies to direct industrial production.

The act is divided into three main sections:

How has Trump used the act?

The Department of Health and Human Services listed 19 companies that have received contracts under the Defense Production Act to produce emergency supplies, including 600 million N95 respirators and face masks.

Experts say it’s not enough and that the effort started far too late.

Beyond emergency supplies, Trump has used the act to compel meat processing plants to remain open — a step he said in April would “solve any liability problems.”

Major meat processors such as Smithfield, Tyson and others say they’ve put measures in place, like temperature checks and plexiglass to encourage social distancing in some areas, to help keep their workers safe.

But some workers say their employers aren’t doing enough to protect them.

What are officials saying?

A former Defense Department official told CNN the administration lost months by not acting aggressively enough with the DPA early on, making it impossible to keep up with demand.

“I think a much more aggressive and early use of the Defense Production Act in probably the February time frame would have saved a lot of the heartaches we are seeing right now with respect to PPE shortages across the country,” said Kelly Magsamen, a former Pentagon official who served as the National Security Council’s senior director for strategic planning during the Obama administration.

What is Trump saying?

The White House has been reluctant to take too active a role in managing supply production and distribution, putting the onus on states instead.

Trump claims states have all they need — a point Vice President Mike Pence echoed during a coronavirus briefing last week.

Here’s how Trump explained his thinking in March: “You know, we’re a country not based on nationalizing our business. Call a person over in Venezuela, ask them how did nationalization of their businesses work out? Not too well.”

With the stroke of a pen, Trump has the power to get crucial lifesaving equipment to the states and medical professionals who need it most. He has talked much about the DPA but has deployed it meagerly and ineffectively.

That continuing failure is simply inexcusable as the death toll mounts.

Cisco’s per-share earnings jump 22% in the fiscal fourth quarter. The tech firm reports a 9% annualised decline in revenue in Q4. The U.S. company is...

My mom was 17 years old and living in Uganda under the dictatorship of Idi Amin when her school was bombed in 1979. She...

The pregnancy was announced in March in the video for Perry's "Never Worn White," where she displayed her infant bump towards completion of...