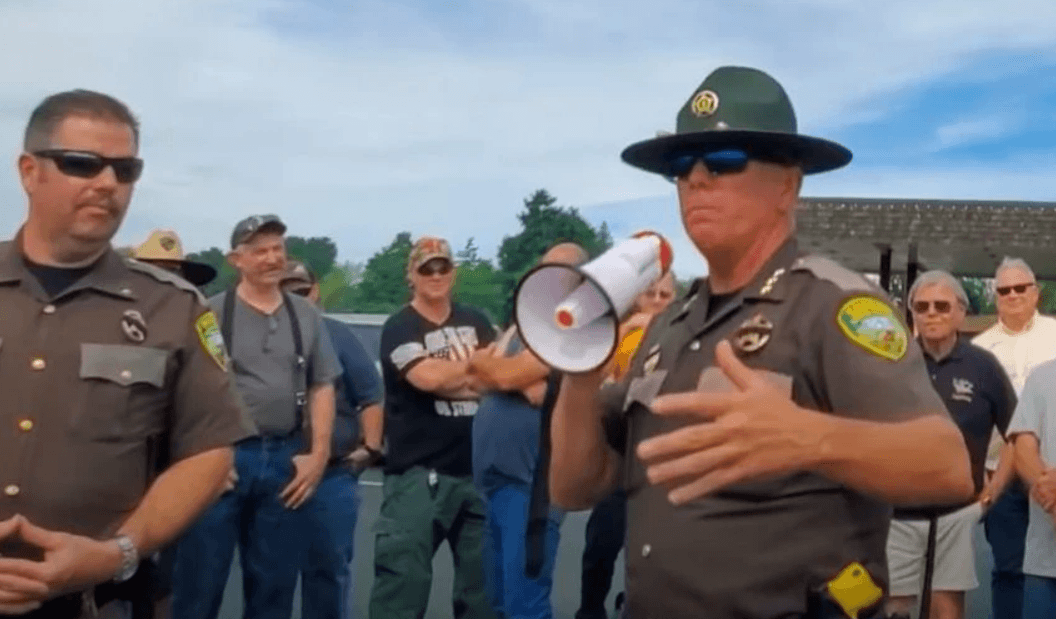 Sheriff Robert Snaza of Lewis County, Washington, told crowds not to behave like “sheep” in the face of government orders on face masks.

On Tuesday, Washington Governor Jay Inslee ordered the compulsory wearing of face masks in public places to prevent the spread of the coronavirus.

“As necessary economic activity increases and more people are out in their communities, it is imperative that we adopt further measures to protect all of us,” Inslee said at a press conference. “Until a vaccine or cure is developed, this is going to be one of our best defenses.”

It comes as former Vice President Joe Biden said in an interview that if he were President now, however use federal powers if necessary to mandate the wearing of face masks all over the country, no real matter what individual states chose to do.

This rhetoric didn’t go down to well with Sheriff Snaza of Lewis County, Washington, who told a crowd on Wednesday that they must not behave simply like sheep following orders with no questions.

“In case you guys didn’t hear, Governor Inslee in his infinite wisdom is deciding that after over a hundred and some odd days that we should all wear a mask, inside and out. Here’s what I say, ‘Don’t be a sheep,’” Snaza said, with the crowd breaking into rapturous applause.

Have you seen this? @LCSheriff Robert Snaza said ‘Don’t be sheep’ to a crowd in Lewis County in a reaction to @GovInslee’s order mandating face coverings.

Snaza: “Don’t Always Be A Follower”

Sheriff Snaza later clarified his comments in an interview with Q13 Fox.

“I’m not saying ‘defy the order.’ I never said that. But I said ‘don’t be sheep,’ meaning don’t always be a follower. It’s okay to ask questions. It’s okay to have concerns. It’s okay to talk to your elected officials and say, ‘I don’t think this is right,’” Snaza said.

He added he also supports “educating people on the importance of wearing a mask and why they should,” but that dissent is an essential American value.

I couldn’t agree more with the Sheriff. There’s nothing wrong with doing what we can to prevent the coronavirus outbreak in its tracks, but we should always question our leaders and their decisions. To not do this is to put on tyranny.