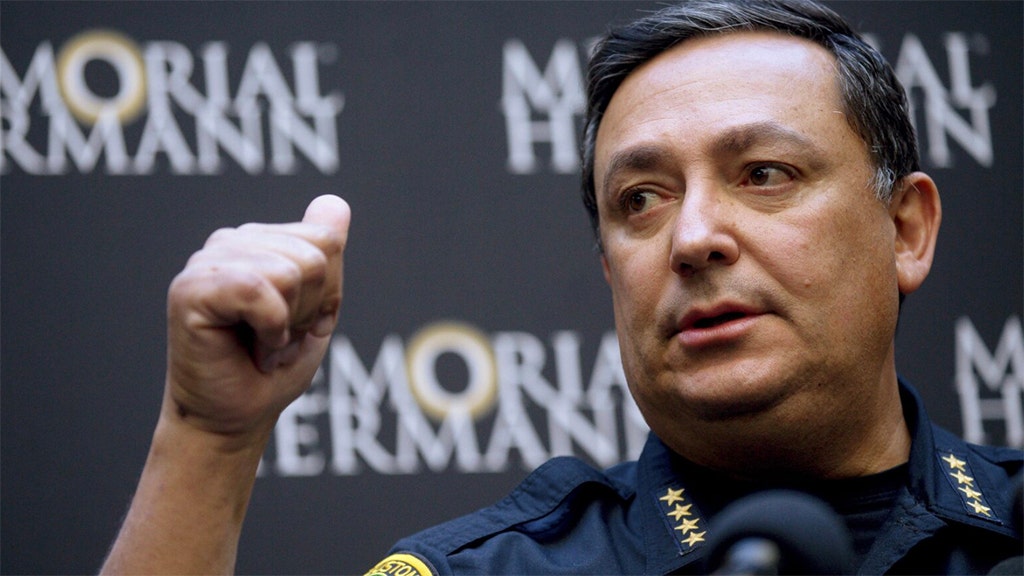 The video shows the officer looking towards Fields and pointing to his knee. “I’m on his back,” he says.

Fields then asked the officer if he needed help and was surprised when he said yes, in line with the station. He thought the officer had been sarcastic.

“I thought he was trying to bait me into a situation to get me in trouble. But, when he came back and asked again, I knew he needed help. So right then and there, my heart went out to the both of them,” Fields explained.

The video shows Fields prone on the bottom speaking to man being arrested, telling him to “chill out.”

He is then seen helping the officer place the man in handcuffs.

<br>
Houston Police Chief Art Acevedo applauded the teamwork observed in the video, saying, “To me, that should be a training video for society and for the police officers to illustrate how we should work together.”
(Associated Press)

The suspect had initially been subdued by the officer with a stun gun.

Fields told the station that he could relate to the man being arrested, having once been a “career criminal” who had found God and turned his life around. He said he wanted exactly the same for the suspect.

“The suspect needed a chance to have a second chance,” Fields told the station. “Not to get hurt, not to get killed, not to get brutally beat up.”

KHOU-TV reported that Fields’ video choose to go viral on social media, viewed hundreds and thousands of times. Musician Timbaland shared it on his Instagram page, commenting, “They got it right this time‼️ HPD.” Snoop Dogg replied to the video with a blue heart.

“To me, that should be a training video for society and for the police officers to illustrate how we should work together,” he said.

In a tweet, Acevedo said, “This is why I love Houston, TX! We may not be perfect, but Houston police & HTX have relationship second to none.”