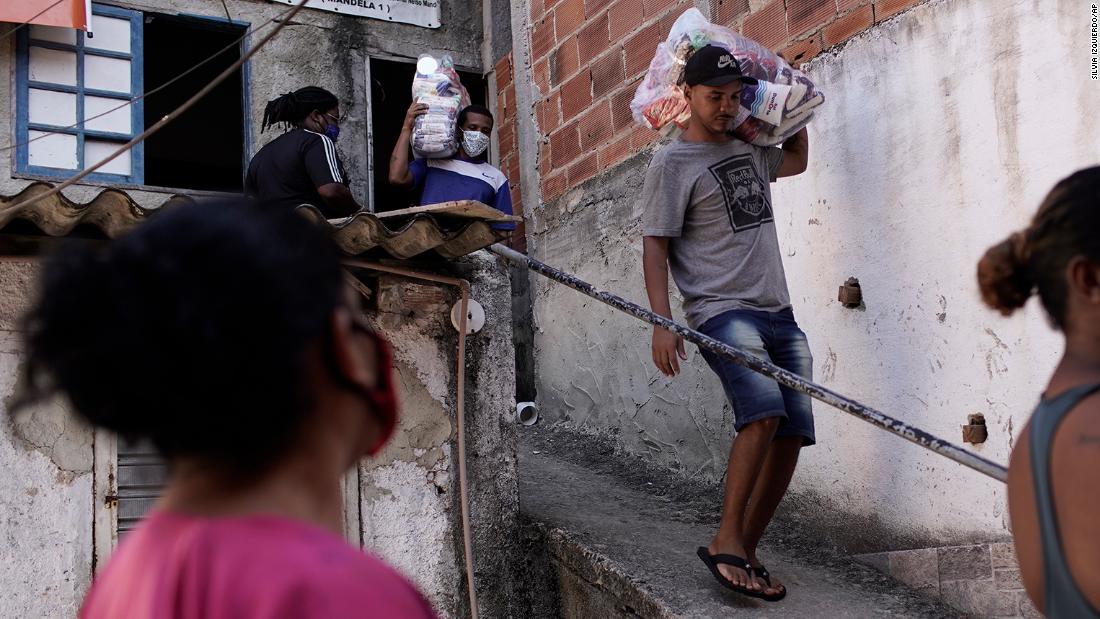 “The fallout from the pandemic is being felt hardest in Latin America,” the UN’s World Food Programme (WFP) said in a statement. “[Latin America] has seen an almost three-fold rise in the number of people requiring food assistance, and among urban communities in low and middle-income countries, which are now being dragged in to destitution by job losses and a precipitous drop in remittances.”

Millions of folks are out of work in Brazil, Chile and Colombia, that have all experimented with re-open sectors of their economies but were hit with fast-spreading infections.

In Brazil, a record 7.8 million people lost work between March and May, based on new figures released by the country’s statistical agency, Brazilian Institute of Geography and Statistics (IGBE).

The institute put the figure of people who remain working in Brazil at the end of May at just 49.5%.”For the first time in the historical survey series, the level of occupation was below 50%,” IBGE said in a statement.

Since data collection started in 2012, “this had never happened,” IGBE analyst Adriana Beringuy said in a statement. “This means that less than half of the working age population is working,” Beringuy added.

Economists are pointing to a historic economic recession in Brazil due to coronavirus, which has decimated an already struggling economy. But as Brazilian cities attempt to reopen economic activity, coronavirus cases are skyrocketing. The country has recorded more than 1.4 million cases of the infection based on Johns Hopkins University (JHU), the second highest count in the world behind the US.

Chile’s unemployment rate from March to May reached 11.2%, according to figures from the National Statistics Institute (INE) published on Tuesday. It is the highest level since 2010.

The citizenry outside the labor force increased by 27.4% over a 12 month period largely influenced by those who were not buying a job, but were open to work forming the alleged potential workforce, INE said.

Before the pandemic, Chile was shaken with a wave of protests that caused deep shocks to the economy. It has since been hard hit by the pandemic, ranking seventh globally with the highest number of Covid-19 infections and third in Latin America, according to Johns Hopkins University figures.

“The data shows a profound deterioration that the coronavirus is leaving in employment, family income and economic activity,” Economy Minister Lucas Palacios said on his Twitter account.

“When sanitary conditions improve, we must rebuild the capacity to generate formal, quality jobs with social security. That is what we are working on,” that he said.

Prior to the pandemic, Colombia was boasting some of the highest growth rates in the region, usually higher than Latin American averages in GDP growth and development index.

This year, Colombia’s unemployment rate for May nearly doubled to 21.4% when compared with May 2019, based on figures from the national statistics department, DANE.

The rate for 13 metropolitan areas is even higher — 24.5% unemployment, an increase of 13.3% compared to the same month last year, according to DANE.

The number of inactive employees grew to significantly more than 3.3 million people, while the number of people who lost their jobs grew by 2,083,000 over the 12 months, based on DANE.

Colombia has reported 95,269 coronavirus cases and 3,376 deaths, based on the latest JHU numbers.