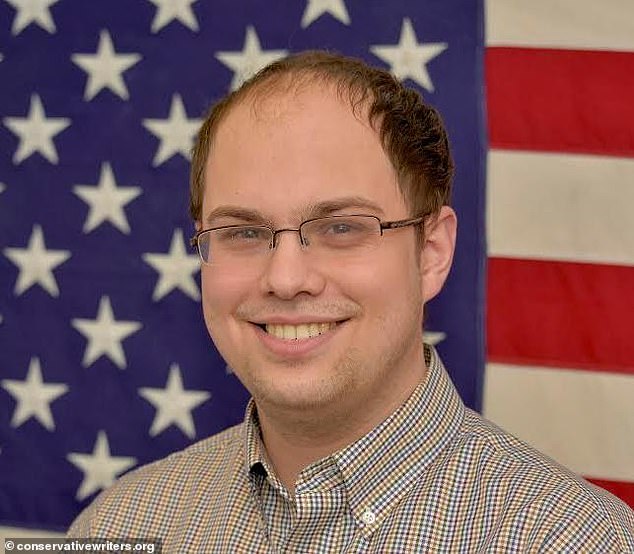 Tucker Carlson on Monday announced he would be taking a vacation just days after his chief writer was forced to resign for secretly posting racist, anti-LGBTQ and sexist comments to obscure online forum over the past five years.

Blake Neff, who is originally from South Dakota, posted offensive material over a number of years on an Internet message board called AutoAdmit that often contains bigoted content.  He resigned Friday after the story was broken by CNN, who then contacted Fox for a comment.

Addressing the story Monday Carlson refused to apologize for Neff, saying ‘we are all human’ and he ‘paid a very heavy price’.

He also slammed the ‘ghouls beating chests destruction young man’ but added: ‘We don’t endorse those words. They have nothing to do with the show.’

Blake Neff, who served as the top writer for Tucker Carlson’s Fox News show, has resigned after a number of racist and sexist posts written by him came to light

On Friday evening, Neff’s digital public persona had been removed from online sites with his personal Twitter and LinkedIn accounts deactivated.

The CNN report cites several examples of questionable postings on the site AutoAdmit, with bigoted and derogatory comments about women, black, Asian, and LGBTQ people.

‘Black doods staying inside playing Call of Duty is probably one of the biggest factors keeping crime down,’ he reportedly wrote a few weeks ago.

In another he stated: ‘Honestly given how tired black people always claim to be, maybe the real crisis is their lack of sleep.’

The AutoAdmit forum is supposedly frequented with lawyers and law school students in which racism and sexism run rampant. 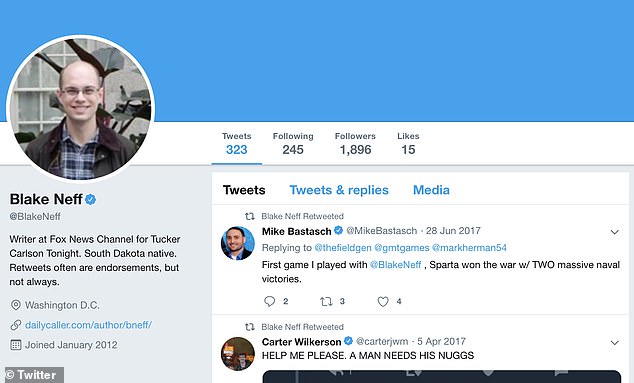 Neff resigned Friday morning from Tucker Carlson Tonight, after an investigation revealed that Neff had been posting under the pseudonym ‘CharlesXII’ 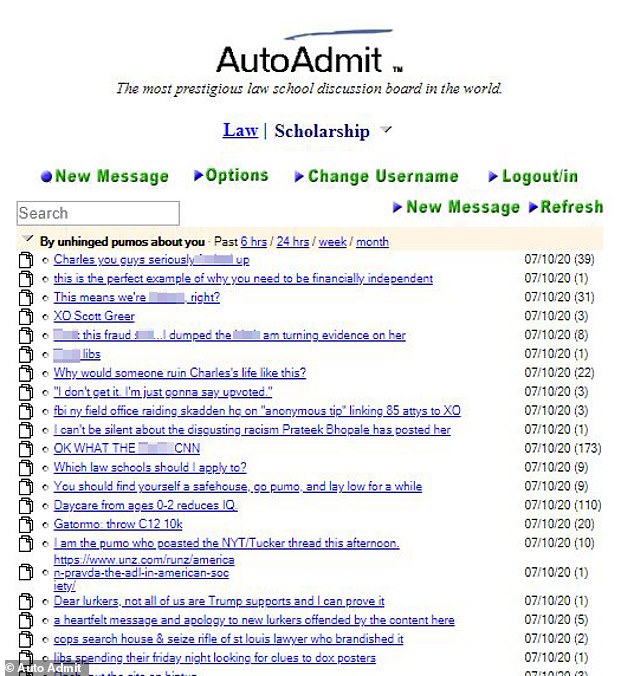 Fox News said in an internal memo to employees that it ‘strongly condemns this horrific racist, misogynistic and homophobic behavior.

‘Neff’s abhorrent conduct on this forum was never divulged to the show or the network until Friday, at which point we swiftly accepted his resignation. Make no mistake, actions such as his cannot and will not be tolerated at any time in any part of our work force,’ read the memo from FOX News Media CEO Suzanne Scott and FOX News Media President & Executive Editor Jay Wallace.

An article written about him in an alumni magazine spoke of the supposed influence he had on the show.

‘Anything he’s reading off the teleprompter, the first draft was written by me,’ says Neff.

In the past three-and-a-half years he has been working on the show, Neff explained that he would Initially speak to Carlson each day about what to cover but said that he shared similar views as the right-wing pundit on many issues.

‘I’ve gotten used to what he likes and what he thinks about,’ he said. 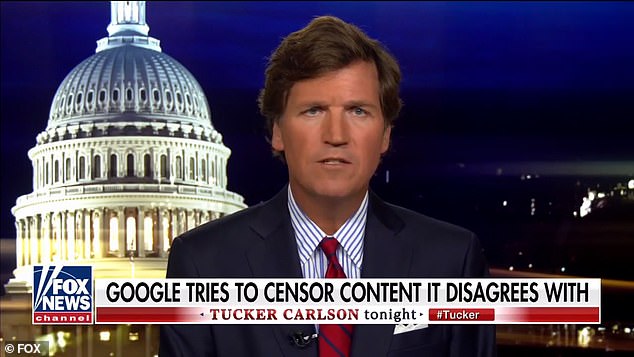 ‘We’re very aware that we do have that power to sway the conversation, so we try to use it responsibly,’ he told the magazine.

‘Our show is controversial – that’s just objective – but I don’t believe that we’re stoking conflict. When people accuse us of that, they’re allowing actual firebrands to stir them up.’

According to CNN Business, Neff allegedly made disparaging remarks towards black and Asian people.

He derided a woman for being an ‘Azn megashrew’ in posts that were all allegedly posted under a pseudonym.

His abuse led to other users then getting involved and abusing the woman for several years in follow-up posts.

Neff stated how he ‘wouldn’t get LASIK from an Asian for free’ in response to an email thread with the subject line, ‘Would u let a JET BLACK congo n***** do lasik eye surgery on u for 50% off?’ 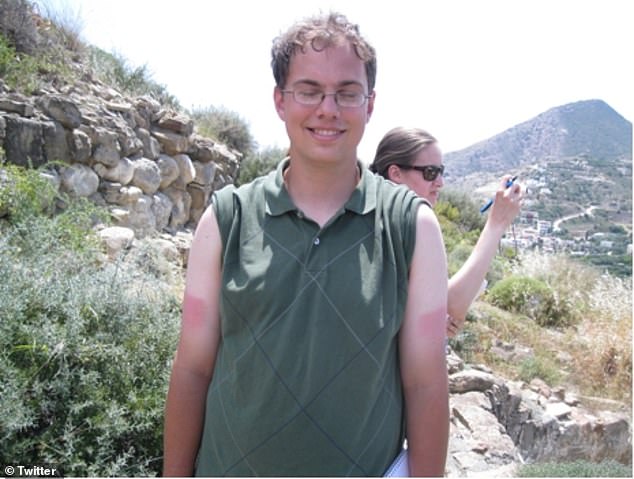 ‘I wouldn’t get LASIK from an Asian for free, so no,’ Neff is alleged to have responded.

At times, his posts even overlapped with Carlson’s on-air lines.

In one example, Neff allegedly wrote on the forum, ‘It is your f***ing right as an American to wear whatever T-shirt you want, and hold whatever political views you want. Christ.’ 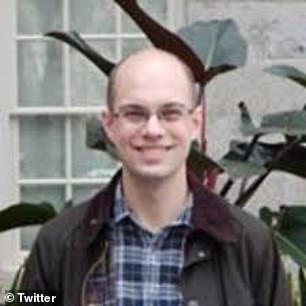 The following night on his show, Carlson mirrored the comments.

CNN received an anonymous tip revealing Neff’s username as ‘CharlesXII’. Researchers were then able to corroborate messages on the noticeboard with public information about him.

In photos which he had allegedly posted to the forum, Neff’s reflection could also be seen taking the picture.

Commentators on the site reportedly knew that the person behind the account worked on Carlson’s show.

Carlson has come under fire a number of times in recent years for racist and sexist comments made both on air and off yet he remains at the top of Fox News ratings.

He has been accused of stoking racism and xenophobia, while also claiming the threat of white supremacy is a ‘hoax.’

In one instance, he implied that accepting immigrants into the county make America ‘poorer and dirtier.’

On Monday, Carlson claimed that decorated war veteran Tammy Duckworth was a ‘coward’ for not wanting to appear on his show.

Following his comments on Monday, Duckworth – who became a double amputee after losing her legs while serving in Iraq – suggested on Twitter that Carlson ‘walk a mile in my legs.’