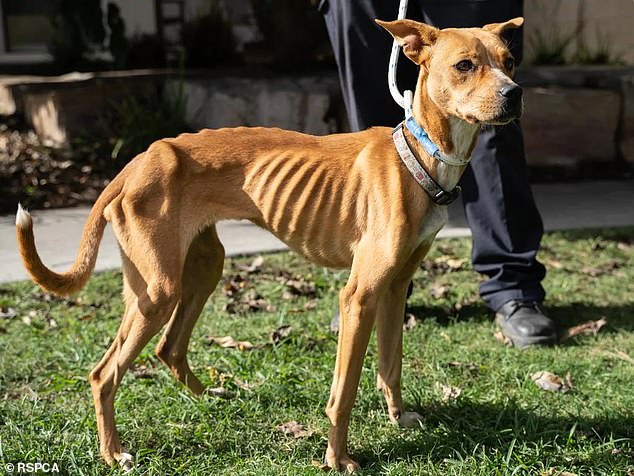 The owner of a starved and emaciated dog named Delilah has been barred from keeping pets for three years.

The Staffordshire bull terrier, also known as a English Staffy, was rescued from a Brisbane home in May a year ago after concerned neighbours called RSPCA.

Confronting pictures taken by animal inspectors showed the dog’s ribs, spine and hip bones sticking out from its human body.

Delilah the Staffordshire bull terrier (pictured) was rescued from the Brisbane property in May of 2019 after being found so starved her ribs, spine and hip bones were exposed 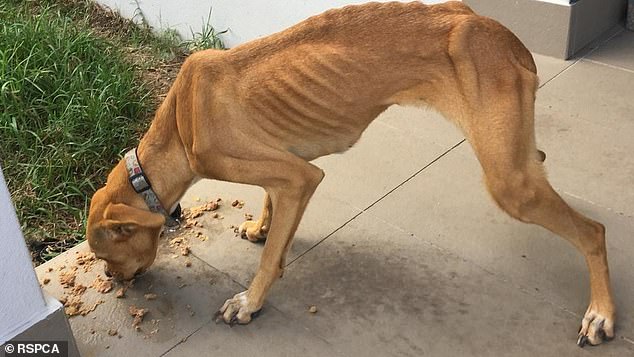 When inspectors rescued the dog after finding it within an overgrown yard it weighed just 11.25 kg’s – fewer than half the ideal weight for an English Staffy its age.

Witnesses said they’d seen Delilah for over a year despite claims from O’Neill she’d only had her for a couple of weeks ahead of the seizure, the Courier Mail reported.

When questioned about Delilah being left alone for long stretches, O’Neill said she’d asked a pal to look after her while she was away for work.

After her rescue, the RSPCA said Delilah would snatch food, eat excessively and was very anxious. Delilah was so malnourished her spine, hips and ribs were all clearly visible through her skin (pictured)

However Delilah could gain four kilograms in one single week while specialist staff helped adjust the dog’s learned behaviour.

Within a month of her rescue Delilah’s weight had ballooned out to 19.6kg and she was approaching peak health.

Delilah was adopted by a new family in Morningside in September a year ago.

O’Neill was ordered to pay $1,000 to the RSPCA, $411 in legal costs and barred from owning another animal for the following three years. 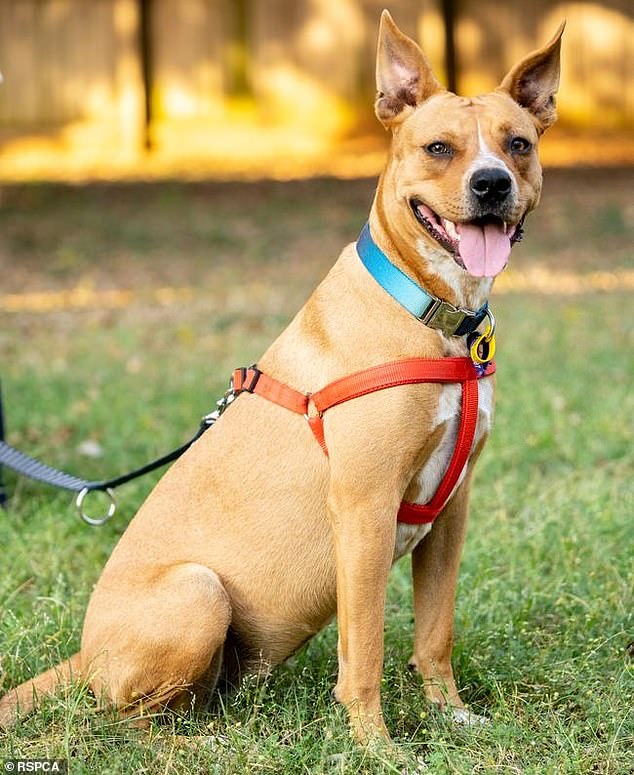