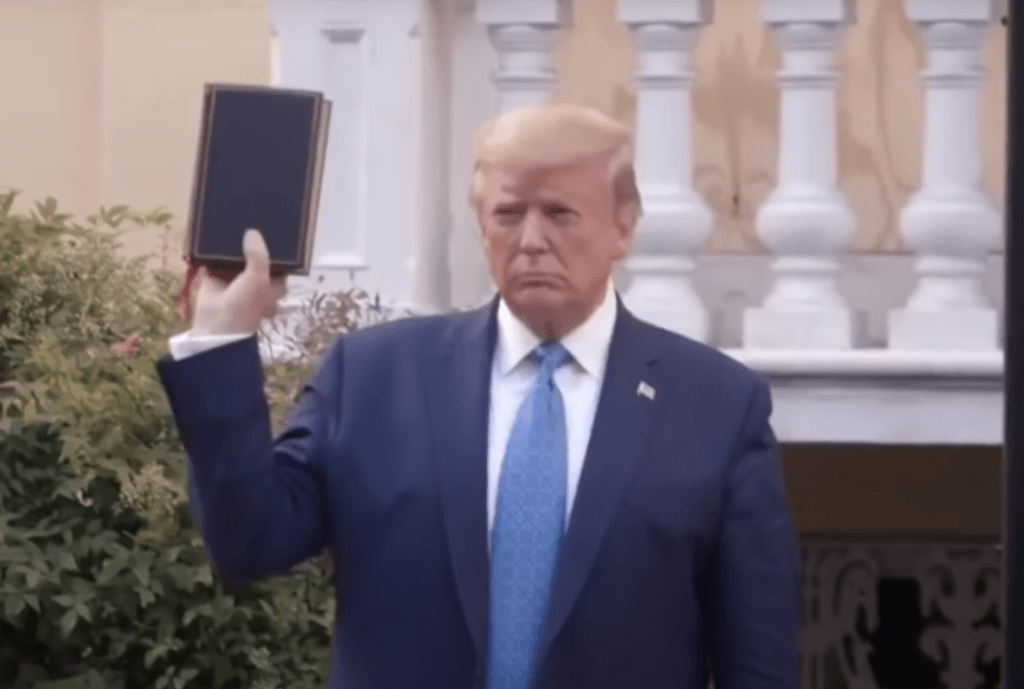 President Donald Trump just let loose on Fox News for allegedly telling “lies” about him, taking to Twitter to state that he failed to hold the Bible upside down while posing for photos outside St. John’s Church earlier this month.

“A @FoxNews commentator just ripped me with lies, with nobody defending,” Trump wrote on Twitter. “They talked about the ‘friendly’ protesters (they set the Church on fire the day before. They were anything but friendly), and how I stood and held the Bible upside down – it wasn’t upside down.”

A @FoxNews commentator just ripped me with lies, with nobody defending. They discussed the “friendly” protesters (they set the Church burning the day before. They were anything but friendly), and how I stood and held the Bible upside down – it wasn’t upside down. @edhenry

Daily Mail reported that Trump was discussing comments which were made within a segment on “America’s Newsroom,” which can be hosted by Ed Henry and Sandra Smith. Political strategist Jessica Tarlov appeared on the show on Thursday morning and proceeded to bash Trump for ordering Lafayette Park to be cleared of protesters so that that he could walk across it to the church.

“That majority of Americans are on the side of the protesters, they have negative reaction to the way that President Trump has handled the racial injustice crisis in this country,” Tarlov said in response to a question about rioters tearing down American monuments.

“He went out to Lafayette Park with them where they tear gassed protesters there so he could have a photo in front of a church holding a bible upside down,” she added, continuing to not answer the initial question. “Went terribly for him.”

Though Trump claimed that no one defended him, the Fox News host did call Tarlov out, telling her that she was “moving away from the question, which is about police reform and getting something done.”

Trump was once an enormous fan of Fox News, but he’s got since turned against the network, tweeting back March, “Fox News is in the bag!”

This piece was compiled by PoliZette Staff on June 26, 2020. It originally appeared in LifeZette and is used by permission.

Groups and tee times for the final round of the Workday Charity Open |...

"Congress also investigated and sought information from Stone. A jury later determined he lied repeatedly to members of Congress. He lied about the...
© Copyright 2020 - reporter.am