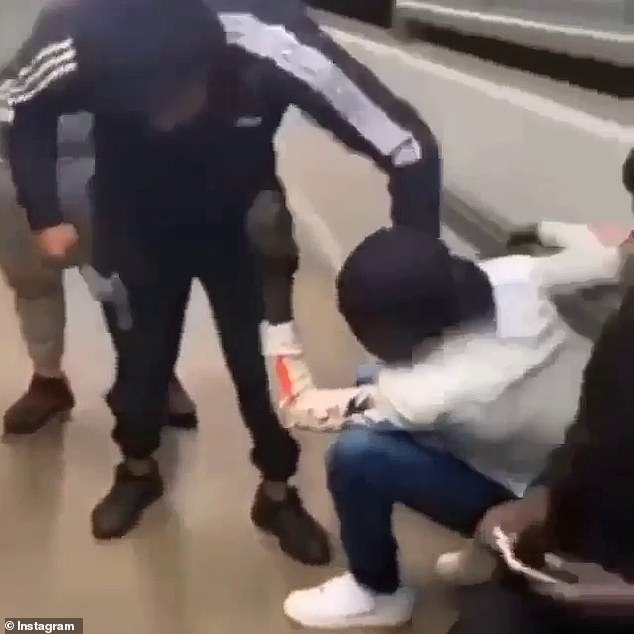 A group of thugs claiming to be from Sydney gang Inner West have filmed themselves threatening African-Australian boys with a hammer.

The four men, one of whom was wielding a hammer, is visible tormenting the five boys as they keeled on the ground on a road overpass in Sydney.

A man filming the incident walks round the group, forcing the boys to make the Inner West gang sign and punching people who refused.

The hammer-wielding man then forces the boys to kiss his shoes, with other members saying: ‘Hurry up! Do it!’

‘The video shows Pacific men forcing young Black boys to kiss their shoes/the ground, threatening them with a hammer and using the ‘n’ word,’ a post content warning read.

‘There is speculation this is gang affiliated and therefore perhaps not racist. The use of the ”n word” is racist.’

A man in a black tracksuit (left) forces an African-Australian boy (right) to kiss his shoes, threatening him with a hammer. The men, who claimed to be from gang Inner West, filmed themselves harassing the boys at a road overpass in Sydney at an unknown time

Mr Lal said the video was not designed to be an attack on Pacific Islanders but rather to indicate ‘we have already been racist black people’.

Daily Mail Australia has contacted Mr Lal in regards to the origins of the clip, which was reportedly posted elsewhere on Monday.

NSW Police had not been aware of the incident filmed in the video.

‘Pull up the Inner West sign, you understand the sign, you know it. I understand you do, you f***ing pulled it up before, I’ll slap you,’ he believed to one of the boys.

The boy complied and the filming man moved onto another, who said that he didn’t understand how to do the sign. 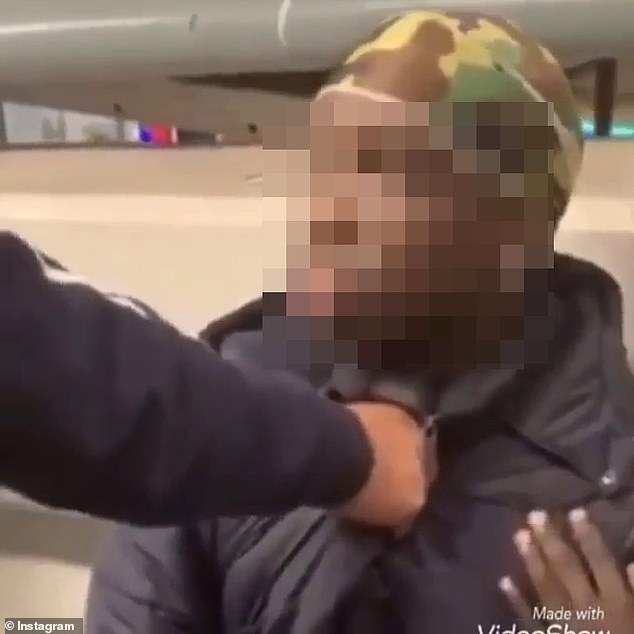 ‘Don’t ask stupid questions! You know how to get it done, look at the camera and get it done and say Inner West on top.

‘Look at the camera bro, before I f***ing punch your chin.’

He also made a third boy do the sign but when that he didn’t get it done ‘properly’, the person hit him in the pinnacle.

The most distressing moment of the video comes whenever a man in a black Adidas tracksuit threatens the visibly-distressed boys with a hammer.

‘Kiss my shoes,’ he shouted at the boys, who have been reluctant to take action, with a number of them muttering ‘no’.

Two boys were filmed having to kiss his shoes with the man’s hand wrapped around their necks. 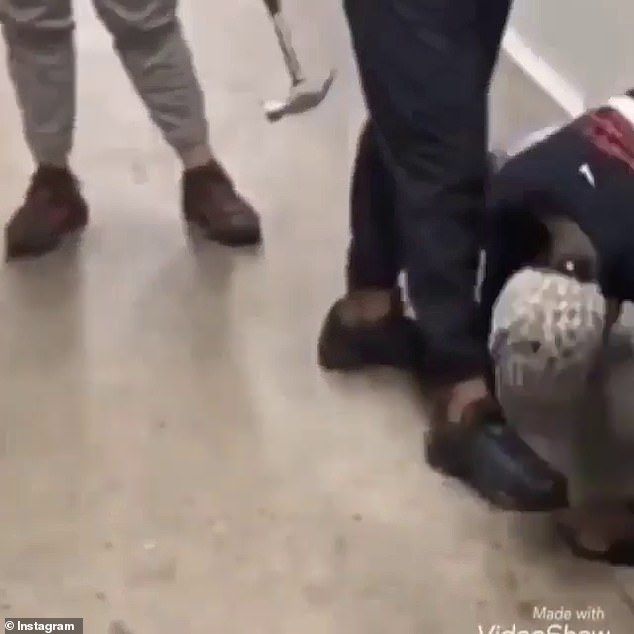 At the end of the video, the tracksuit-wearing man took a cross body bag from one of the boys.

‘Oi, you really let him just take your s**t?’ the person filming the video taunted the boy.

The video later cuts off with the men continuing to harass the boys.

The group is apparently from the western Sydney gang Inner West, most commonly known for their rivalry with still another gang ‘Greater Western Sydney’.

The Greater Western Sydney can be associated with drill music rap group OneFour.

A case recently heard the gangs did actually feel they’d some sort of get a grip on over territory in the town. 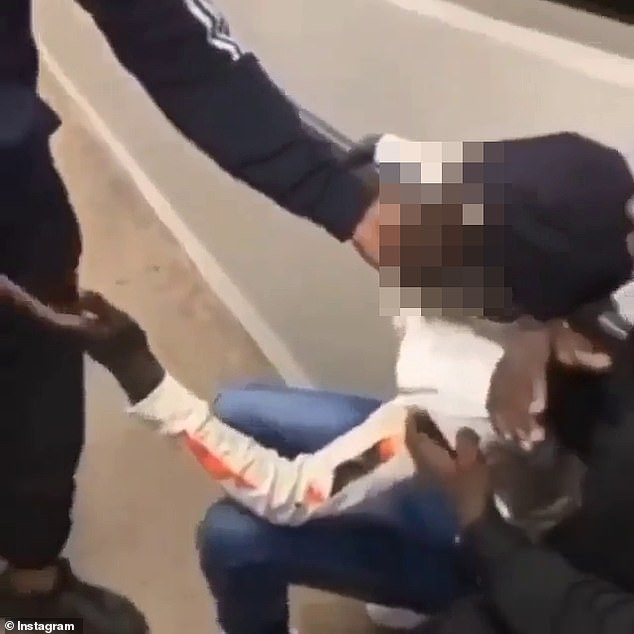