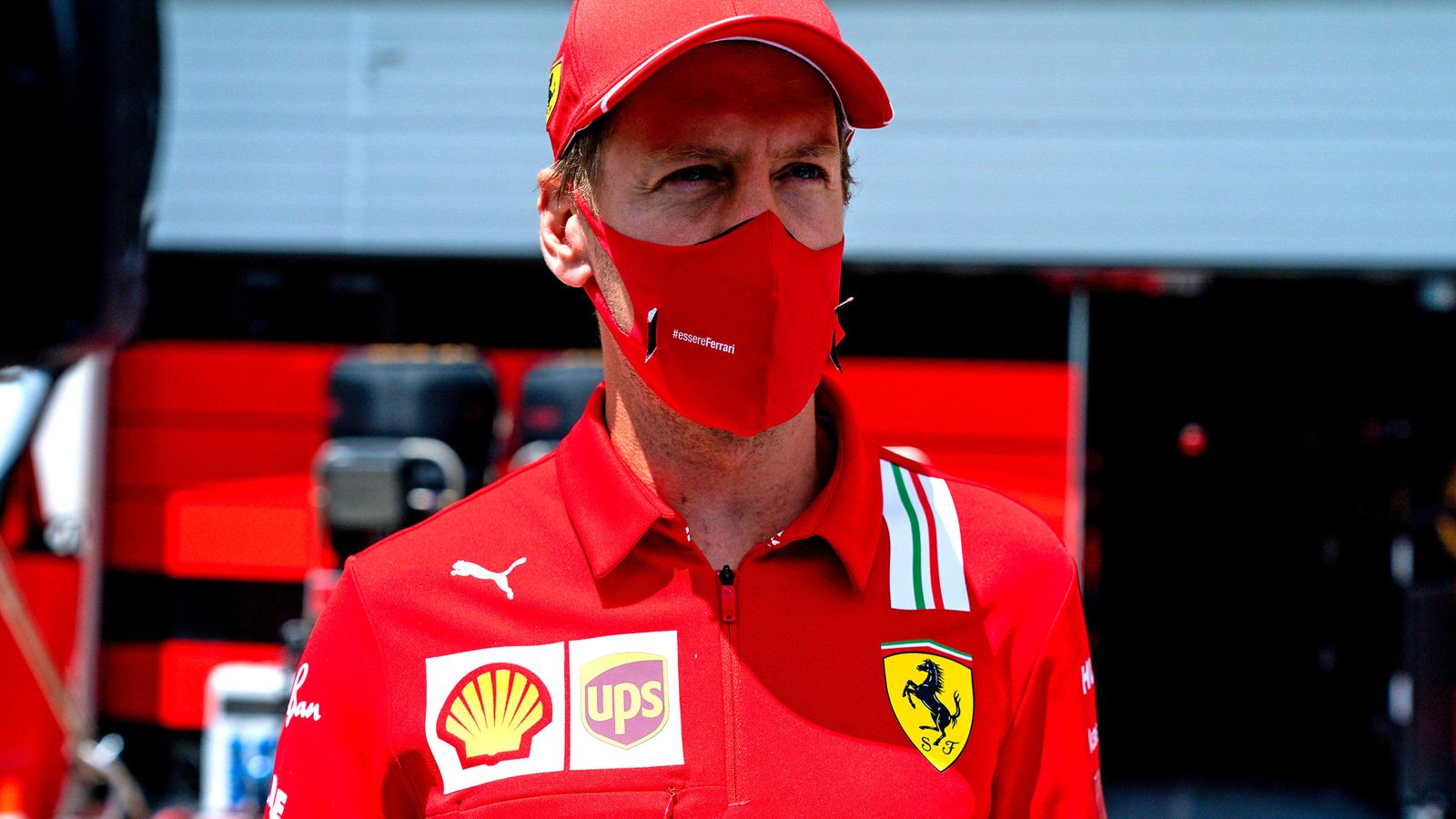 Will four-time champion be on the grid in 2021? Recapping who has ruled Vettel out, who are still linked, and what has been said

Sebastian Vettel has been clear since his Ferrari exit was confirmed: He still feels he’s got plenty to offer in Formula 1, and wants to look for a team for 2021 that will allow him to compete at the greatest level.

But despite talking candidly and optimistically about his options before the Styrian GP – specifically the seats at Red Bull and Racing Point – a few of Vettel’s transfer avenues seemingly closed last weekend.

Will the four-time world champion be on the grid next season? We recap what has been said by teams, and Vettel’s dwindling options…

Who have distanced themselves from Vettel?

Red Bull have given him a ‘definite no’
When asked about reports that Red Bull owner Dietrich Mateschitz wanted to ‘bring him home’, Vettel spoke glowlingly about his former team. He confirmed that he was still in talks with the team bosses there, said they have a “winning car” and revealed however say “yes” if offered a drive for 2021.

“We didn’t expect him to be on the market this year and our commitment is to our existing drivers,” Christian Horner told Sky F1 on Friday. “We think we’ve got a great pairing in Max (Verstappen) and in Alex (Albon).”

Asked if it had been a definite no to Vettel, Horner replied: “That is a definite no. Sebastian is aware of that.”

Racing Point flattered, but say both drivers have long contracts
The Racing Point team, who will become Aston Martin next season and have lofty ambitions, have now been mooted being an option for Vettel – particularly following the German admitted they had made a “very strong impression” with their 2020 car, and that he knows “some members of the team quite well”.

BILD in Germany go as far to say that the deal could possibly be concluded quickly.

But, publicly at the least, Racing Point have rebuked any talk of a 2021 swoop.

“I know that people like to think, ‘here’s a team on the rise and Sebastian doesn’t have a drive’, so they put two and two together,” Racing Point boss Otmar Szafnauer told Sky F1.

“[Our drivers are] contracted. Sergio [Perez] we announced this past year to a three-year deal and Lance [Stroll] includes a long-term contract as well.”

Vettel had talks with Renault, however they signed Alonso
Not “concrete enough” or “real”, but Vettel did admit he had held talks with Renault about 2021. Whether he would have accepted a seat there we’ll never know, as last week the team announced Fernando Alonso – still another multi world champion – as Esteban Ocon’s 2021 partner.

With both Lewis Hamilton and Valtteri Bottas out of contract, Mercedes refuse to fully shut the doorway on Vettel – but have usually made it clear that they will give priority with their current drivers.

That includes these 2020 pair – and Bottas has reportedly already agreed a new deal – along with Esteban Ocon and George Russell, who came through the driver programme and therefore are on the grid in 2010 with Renault and Williams respectively.

“I do not want to write Sebastian off, but we are very happy with our drivers,” Toto Wolff told Sky in Germany a week ago.

What are Vettel’s other options?

Discounting Ferrari, and McLaren, who’ve signed Daniel Ricciardo as Carlos Sainz’s replacement, you will find only four teams left on the grid with spots open for Vettel.

Haas are the team who’ve been most vocal about a move, but even Gunther Steiner doubts however be able to lure Seb.

“Vettel is a four-time world champion. Does he really want to work with a smaller team?,” the Haas team principal told German media in Austria.

“What does he want to do with his life? I don’t know. If he wants to do something with us, we are happy to have a good relationship.”

A return to AlphaTauri (formerly Toro Rosso), meanwhile, would certainly be romantic given they provided Vettel along with his first F1 win over about ten years ago, but can also be extremely unlikely due to their current stature.

And that is correct for Alfa Romeo and Williams, too.

Vettel’s decision might come down to taking a sabbatical, or retiring altogether.

“Everything is an option at the moment: Carry on, have a break, or retire,” that he said a week ago.

“It’s not a secret that I’m competitive, I have achieved so much in this sport and I’m interested in achieving more, not just taking part.”

China's dominance in Bitcoin mining might not last as more mining chips are produced and other nations use inexpensive source of power, stated...

9 cases of Covid-19 were reported at a Georgia high school seen in photo...

"At this time, we know there were six students and three staff members who were in school for at least some time last...

Listen To This: Who You Are!

https://www.youtube.com/watch?v=T_z_EKww5dY We like us some popular song. It's so different. And large! Alec Chambers is offering us delicate man pop. This is emo satisfies...

The NBA has actually come down on Golden State Warriors forward Draymond Green for remarks that he made while acting as a visitor...

The US stimulus debate is most likely to roll on today after Donald Trump signed 4 governmental orders over the weekend focused on...

CNN's Fareed Zakaria provides his take on the Trump administration's strategy to restriction practically all Chinese IT items, consisting of the popular...

Apple has actually submitted a notification of opposition versus a meal preparation business since it declares the Prepear app's animation fruit logo-- in...
© Copyright 2020 - reporter.am