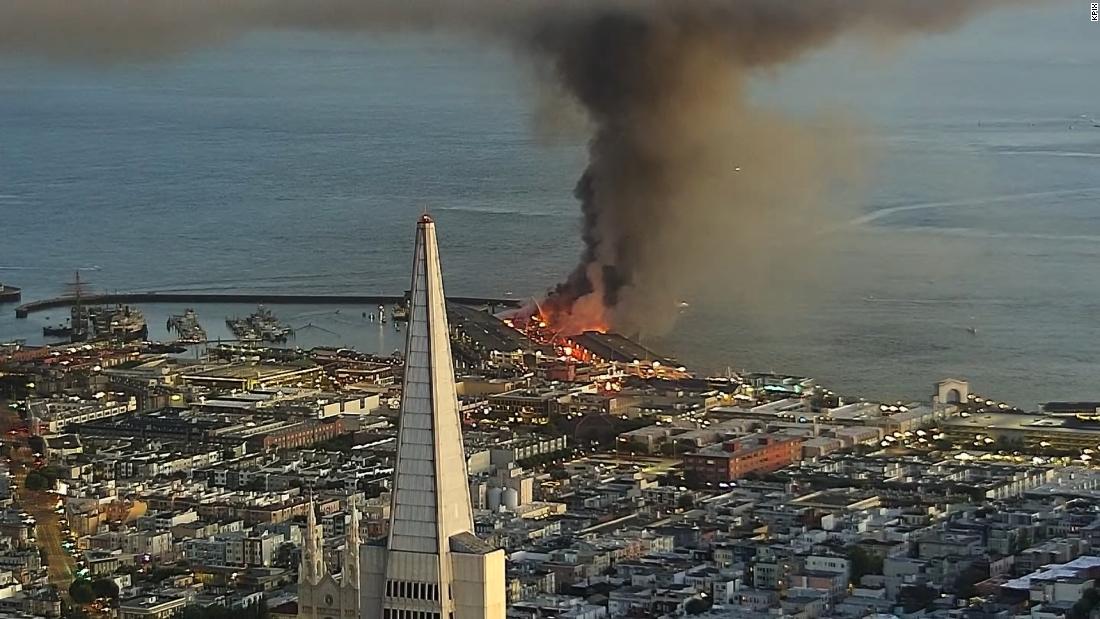 1 / 4 of the pier at Fisherman’s Wharf “has been lost to the flames,” in line with the San Francisco Fire Department PIO.

No accidents have been reported. The pier has been totally evacuated, the division says.

Flames may very well be seen within the early morning darkness in photographs tweeted by Dan Whaley.

The Fire Department tweeted a hyperlink to dwell updates.

Officers report the fire induced a partial constructing collapse on the southern a part of the pier, unfold to 2 buildings on the pier and is at risk of spreading to a 3rd, the Fire Department says.

There isn’t any phrase but of a trigger.

Several fireboats are positioned across the wharf and serving to battle the fire.