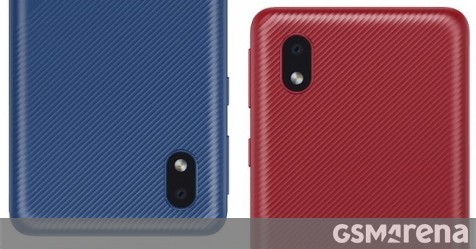 The Samsung Galaxy A01 Core was first seen late last month in the Google Play Console and in Bluetooth SIG certification documents. We then caught a glimpse of some official-looking renders. We’re now learning it has also been approved by the NBTC, Thailand’s telecom regulator.


Samsung Galaxy A01 Core at the NBTC

As usual, the NBTC database entry does not reveal much about the specifications of the device other than the fact it’s a dual SIM device – as evidenced by the ‘DS’ in the model name, same as in the Bluetooth listing.

From the prior reports we all know that it will likely be built around a 5.1-inch 720p display and you will be powered by an old Mediatek MT6739WW chipset with a quad-core CPU. How it’s going to get the certified Bluetooth 5.0 capabiliy with that chip that technically supports 4.1 is beyond us – likely a blunder in one of the conflicting documents. The speculated specs add a single gig of RAM and Android 10 OS.

It’s unclear once the Galaxy A01 Core will end up official, but with certification proceedings underway here and there, its release date must be approaching.

Samsung’s most affordable 5G phone, the Galaxy A51, is now available on Verizon

The Turkish ship Oruc Reis triggered from the port of Antalya and reached its location on Monday early morning where it is to...
© Copyright 2020 - reporter.am