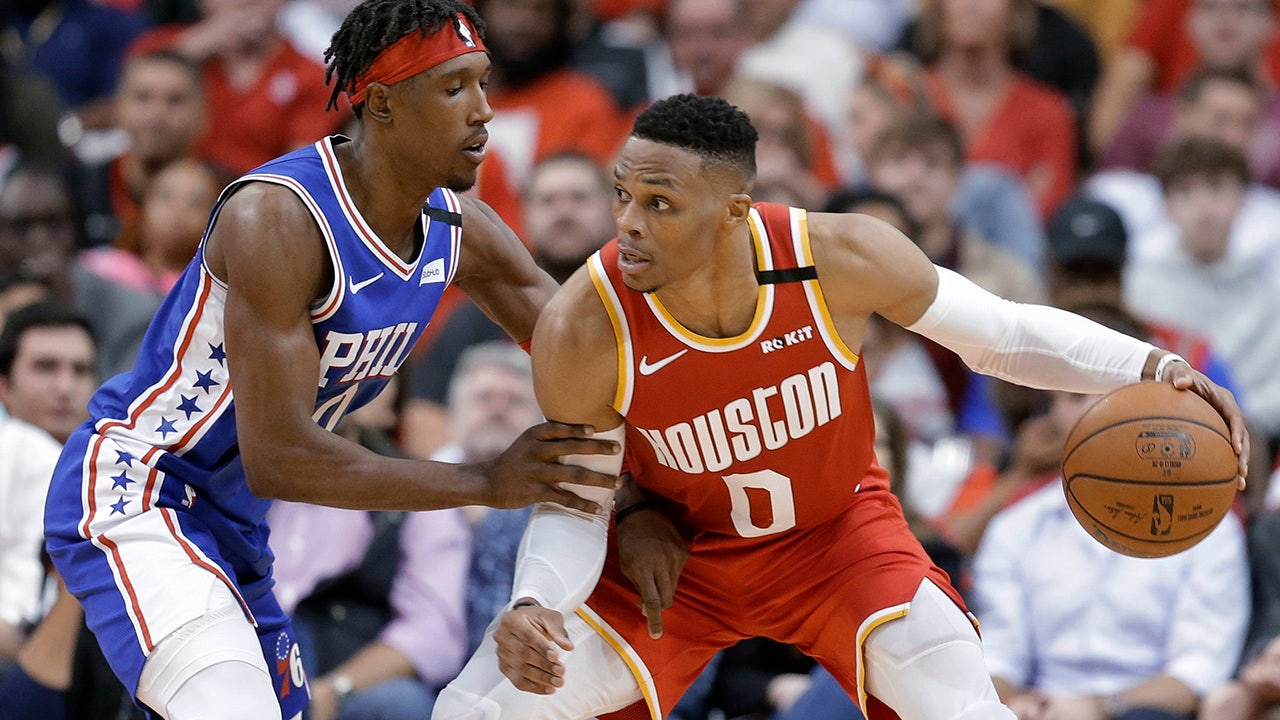 “I’m currently feeling well, quarantined and looking forward to rejoining my teammates when I am cleared,” Westbrook said in his statement. “Please take this virus seriously. Be safe. Mask up!”

But Westbrook’s cautionary message appears to come from personal experience after reports emerged Tuesday that the 31-year-old point guard was seen poolside at Encore Beach Club at Wynn Las Vegas exactly one month earlier, according to the Las Vegas Review-Journal.

“Any guest diagnosed with COVID-19 while visiting the resort is reported to the Southern Nevada Health District, which conducts community contact tracing,” the hotel said in a statement to the Review-Journal.

“Our internal contact tracing determines who in the resort the guest has had contact with and what areas they visited; relevant contacts are informed for testing and the areas visited are thoroughly sanitized.”

Among those pictured with Westbrook was former NFL running back Reggie Bush.

The NBA announced that two players tested positive for the virus after arriving in Florida last week. The athletes, neither of whom were identified, “have since left the Campus to isolate at home or in isolation housing.” They could rejoin their teams later.

CLICK HERE TO GET MORE SPORTS COVERAGE ON FOXNEWS.COM

Two more were placed in 10-day quarantines after breaking bubble protocols and leaving the campus perimeter at Walt Disney World, the league added.