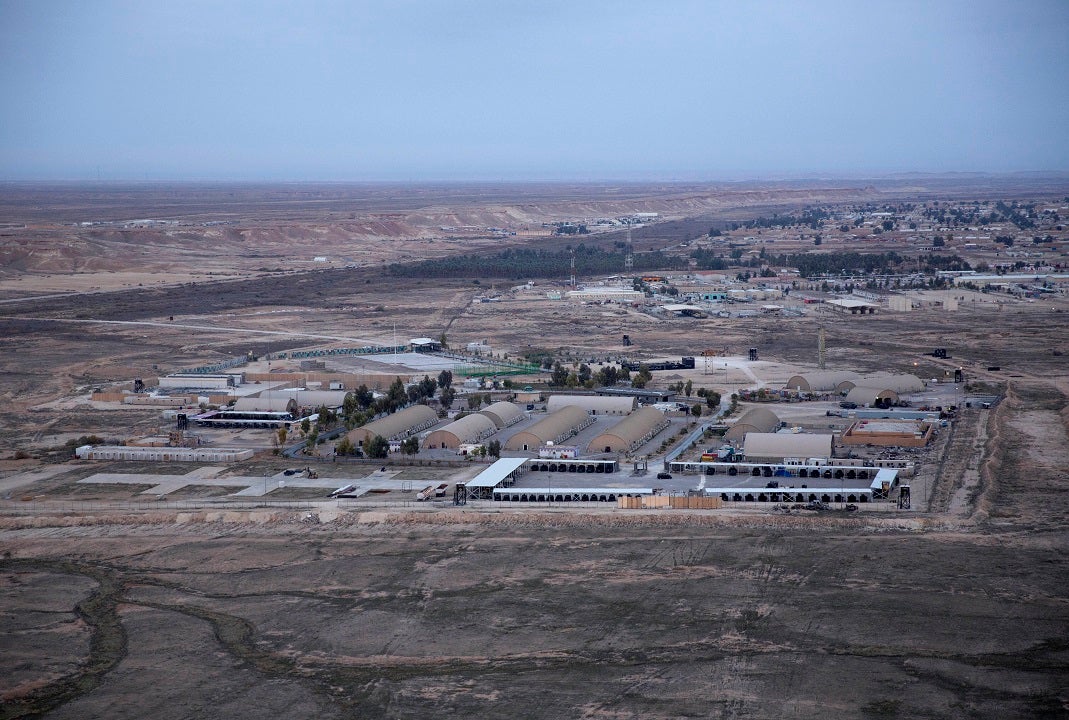 The embassy has seen a recent increase in attacks as the U.S. and Iraq plan talks, which experts believe will concentrate on the presence of American forces in the country.

SEN. TOM COTTON: WHEN TRUMP GETS HAWKISH ON RUSSIA, DEMS ‘CURL UP IN FETAL POSITION’

Military bases are also targeted, having an attack in March on Camp Taji resulting in the deaths of two Americna soldiers and one British soldier. Iraq Prime Minister Mustafa al-Kadhimi has pledged to protect American installations from attacks, U.S. officials said.

The U.S. has criticized Iraq’s federal government for not doing enough to reign in Iran-backed militia groups, which officials believe have orchestrated the attacks. Iraqi security forces responded with a raid on the headquarters of the Kataib Hezbollah, during which security forces detained over twelve men suspected of being in charge of previous attacks against the Green Zone.

Thirteen of the detainees were released while one remains in custody.

The move drew praise from the U.S. but condemnation from Iran-backed factions within the country.

The installing of a new Counter Rocket, Artillery and Mortar system (C-RAM) has also created friction for the U.S. Embassy. The system, which may have now been active on Saturday, drew condemnation from Deputy Speaker of Parliament Hassan al-Kaabi.

Al-Kaabi called the system “illegal,” and that he warned that it would “provoke the Iraqi people.”

After a quick kerfuffle that escalated very quickly in a matter of hours, Epic Games is now filing an injunction against Apple for anti-competitive...
© Copyright 2020 - reporter.am