Many Realme fans were waiting eagerly for the Realme Narzo 10 and Narzo 10A to be unveiled back on 26th March in India. However, due to the pandemic, the launch was postponed. Now, the company is going to finally unveil that phone on April 21st via a pre-recorded video, which is going to be streamed at 12:30 pm IST or 7 am UTC.

The nation-wide lockdown of India had been extended till May 3rd. However, after April 20th, the e-commerce sector can start accepting orders of non-essential goods. Xiaomi and Vivo had also canceled their releases in India due to the pandemic. Vivo had planned to launch the V19 in the subcontinent on 26th March and Xiaomi was bringing the Mi 10 to India on 31st March. 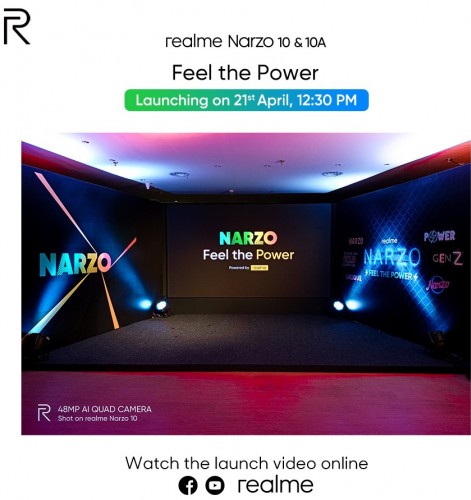 With the e-commerce industry slowly gaining back normalcy after 20th April, it might be time for Xiaomi and Vivo to make their releases soon. Even OnePlus 8 series might be going on a sale in the Indian subcontinent.

The people in power today have never created any value in their conscious life....

This Trump voter is sure he will win. Here’s why

It is foggy in Goris, in the cities of Sevan, Gavar և It is...