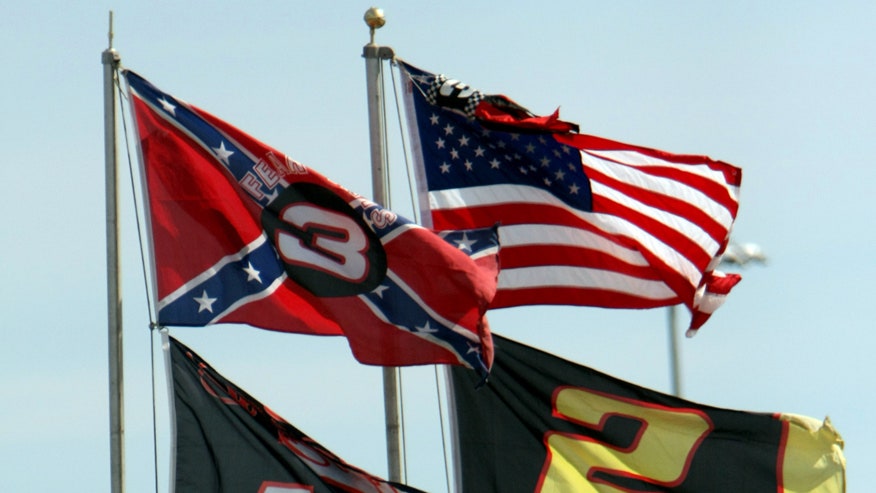 “But at the end of the day, the president, as he said again today, he believes in freedom of speech and will always stand for that for every American.”

Baier had asked Pence if he believed NASCAR had made the proper move by banning Confederate flags from its events last month following nationwide protests over racial injustice and police brutality.

On Monday, President Trump lashed out at the auto racing company, tweeting that the decision to ban the flags was in charge of NASCAR’s “lowest ratings EVER!”

Asked later about Mississippi Gov. Tate Reeves’ decision to retire the last state flag in the U.S. that featured the Confederate battle emblem, Pence doubled down on his position, asserting that he and the president “fully respect the decision made by the people of Mississippi going forward.”

“Quite apart from the issue of the Confederate flag,” Pence added, “as the president said at Mount Rushmore [Friday night], we’re gonna defend the great, long, storied history of this country.”

“We believe that we can learn from history,” the vice president added. “We can move forward and that’s how we’ll have a more united United States of America.”