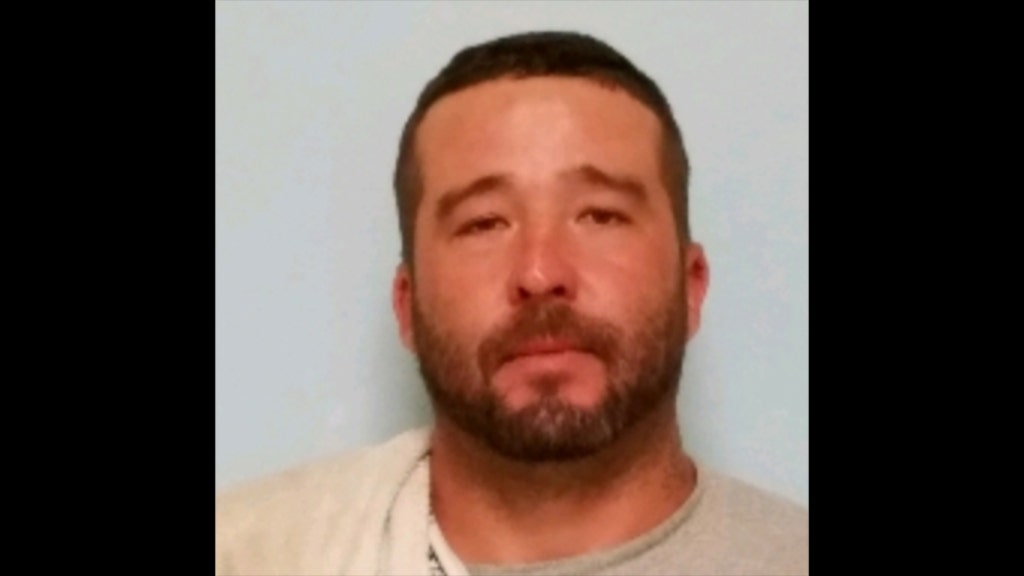 Chad Lee Houser, 37, made his escape from Central Prison in Raleigh on the evening of July 10 wearing “blue hospital-style scrubs” even after a guard thought he looked suspicious and stopped him. (North Carolina Department of Public Safety)

In his disguise, Houser reportedly followed a prison pharmacy specialist into a controlled entry and exit area, carrying a trash bag. An officer prompted him to show identification, which he failed to provide, so the guard ordered him back inside.

But after complying, he ducked out of sight and slipped through the door when the prison pharmacy worker left the building. Once outside, he allegedly scaled an outer fence and stole the truck from a nearby construction site.

By then, he’d traveled about 50 miles near his hometown of Hope Mills in a stolen Chevrolet pickup truck, according to the News & Observer of Raleigh.

Cumberland County Sheriff Ennis Wright wrote on social media that Houser had been traveling in a truck with a “Simply 1 Electric” logo on its side.

Houser, who is awaiting trial on murder and other charges in connection with the death of his 2-month-old son, was being held in the prison as part of a “safekeeper” request from Cumberland County authorities, according to the North Carolina Department of Public Safety.

Safekeeper inmates are temporarily housed at state prison facilities rather than county jails before trial upon request for a variety of reasons. Houser was at Central Prison for medical treatment, ABC 11 reported.

The last escape from Central Prison happened in 1994, according to the News & Observer.