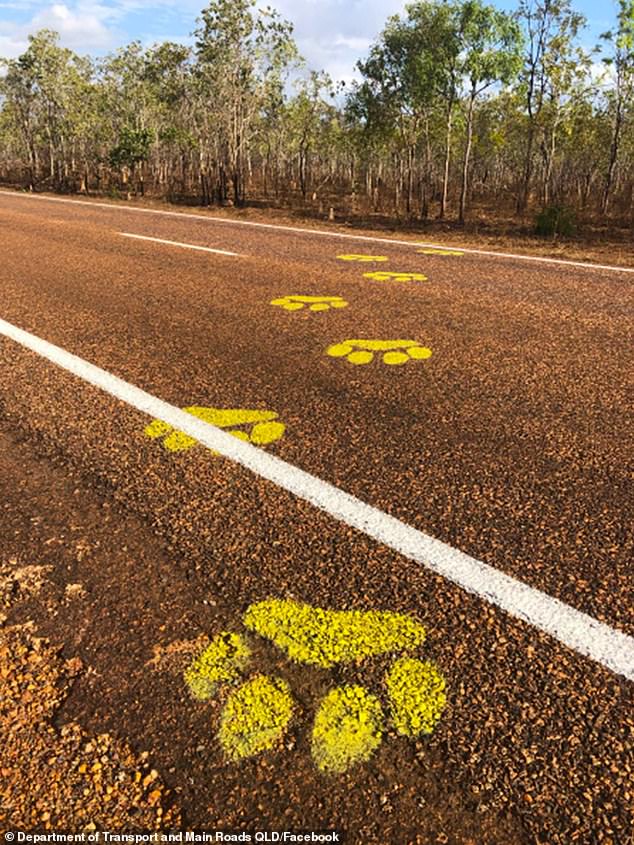 A mysterious set of footprints on a freeway has sparked wild conspiracy theories into who or what may have left them behind.

The seven giant, yellow-painted prints had been noticed scrawled throughout Peninsula Developmental Road round 125km north of Coen in northern Queensland this week.

Several folks instructed the tracks may belong to a dingo and even the legendary yowie, however one stated it was more likely to be a warning for animals in the area.

The paint may move as odd road markings however transport bosses say that they had nothing to do with it including additional to the thriller.

Seven giant, yellow-painted prints had been noticed scrawled throughout an outback road in Northern Queensland this week – with many speculating who may have left them

Queensland’s Department of Transport and Main Roads stated that they had no half in the mysterious prints.

‘That’s… nothing to fret about proper?’ the Department stated.

‘We truthfully do not know who left these tracks in North Queensland – however our line markers swear it wasn’t them and so they’re getting significantly fearful about the measurement of the drop-bears this season.’

The put up was flooded with feedback with many speculating they belonged to a harmful animal.

‘I’d say it is that enormous panther that’s typically a information merchandise. If that is not real proof of its existence then I do not know what’s,’ one joked.

‘The Pilliga Yowie went north for the winter,’ one other stated,

Others joked the prints had been from the made up ‘drop bear’ however one believed it was to assist motorists be cautious of animals crossing.

‘That would be an awesome indicator for wildlife crossing. As an ex-traffic management officer, I do know many drivers simply don’t see roadside indicators – that places the situation at hand proper throughout their field of regard,’ he stated. 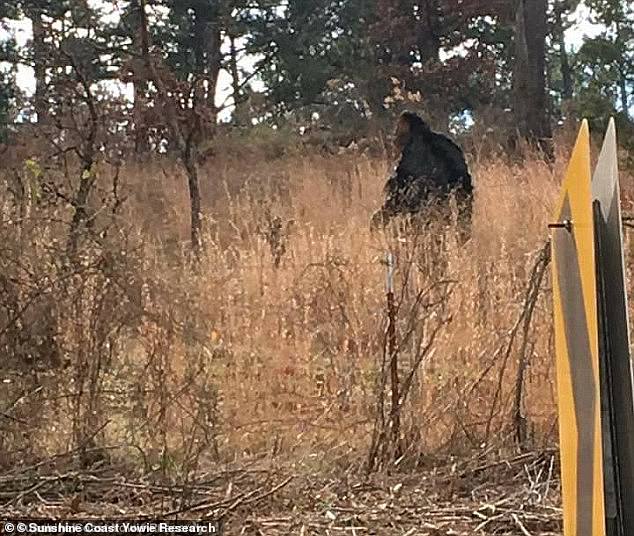