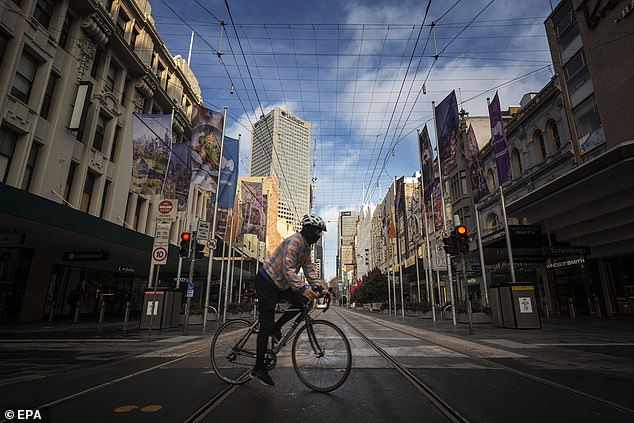 More than one million Australians could potentially lose their job and go on the dole if JobKeeper wage subsidies are abruptly withdrawn at the end of September, economists fear.

The federal government’s $1,500 a fortnight scheme is now supporting 3.3million workers whose employers have suffered a financial hit from the coronavirus shutdowns and lockdowns.

While many businesses are hiring again as COVID-19 restrictions are eased outside of Victoria, economists fear up to a third of workers on the $70billion JobKeeper program would struggle to stay employed without taxpayer help.

Cafes and restaurants in central Sydney and Melbourne are in particular danger, as the Gold Coast struggles in the absence of international tourists.

More than one million Australians could potentially lose their job and go on the dole if JobKeeper wage subsidies are abruptly withdrawn at the end of September, economists fear. Pictured is Melbourne’s Bourke Street on July 12 following new lockdowns. The Victorian capital’s central business district has 6,693 JobKeeper recipients

The Westpac bank predicted 2.2million workers would survive financially without JobKeeper when the scheme ended on September 27.

That would leave more than one million workers on JobKeeper who faced losing their job unless the wage subsidies program was extended.

Prime Minister Scott Morrison has angrily rejected suggestions from Labor the government was planning to abruptly end JobKeeper and not extend the program as Australia dealt with the sharpest economic downturn since the 1930s Great Depression.

‘Regrettably the Labor Party has engaged in fear mongering during a pandemic and I think this is disgraceful,’ he said on Friday.

Westpac calculated 724,418 JobKeeper recipients in the most vulnerable industries would still need wage subsidies after the September end date.

These workers make up 22 per cent of those now receiving JobKeeper.

‘We think there will be about a million jobs will retain the JobKeeper benefit for the three months after September.’ 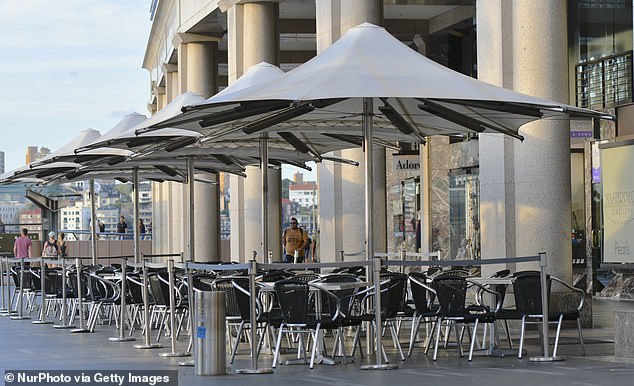 The federal government’s $1,500 a fortnight scheme is now supporting 3.3million workers whose employers have suffered a financial hit from the coronavirus shutdowns and lockdowns. Pictured is an empty restaurant at Circular Quay in Sydney’s CBB which has 10,290 JobKeeper recipients

Others who didn’t receive a JobKeeper extension could end up on the dole, just as the $550 a fortnight coronavirus supplement boost to the usual $565.70 JobSeeker payment ended.

‘Inevitably, some employees will have to transition from JobKeeper to unemployment benefits,’ Westpac said.

In May, the number of Australians officially unemployed swelled to 927,600 – the highest number since December 1993 – as the jobless rate rose to a 19-year high of 7.1 per cent.

Mr Evans predicted 500,000 workers now on JobKeeper, including those in the aviation sector, would need to continue receiving fortnightly wage subsidies between January and June 2021, calculating the government would need to spend $24billion extending the existing $70billion program. 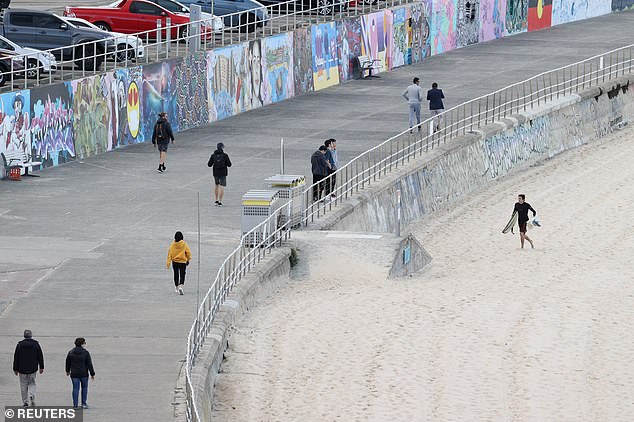 A short bus ride away Bondi Beach, postcode 2026, has 2,075 on taxpayer-funded wage subsidies

‘That hardcore 500,000 will receive JobKeeper going to June next year,’ he said.

Another 2,982 are in the nearby postcode of 2010, which takes in Surry Hills and Darlinghurst, the home of previously packed gay nightclubs and bars.

A short bus ride away Bondi Beach, postcode 2026, has 2,075 on taxpayer-funded wage subsidies. 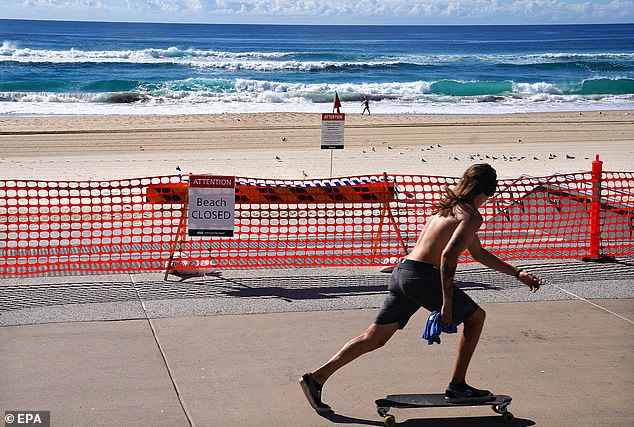 The tourism-focused Gold Coast also has a high number of JobKeeper recipients with 2,947 at Surfers Paradise (pictured), postcode 4217, and another 2,439 at Southport, postcode 4215

The CBDs of Sydney and Melbourne both suffered a 10.6 per cent jobs plunge, between March 14 and May 30, as COVID-19 shutdowns hit cafes and hospitality businesses, Australian Bureau of Statistics payroll data showed.

Many of them are still struggling as more white collar professionals shun the city and continue working from home.

The tourism-focused Gold Coast also has a high number of JobKeeper recipients with 2,947 at Surfers Paradise, postcode 4217, and another 2,439 at Southport, postcode 4215.

The Central Coast north of Sydney also has a high number of JobKeeper recipients with 2,693 at Gosford, postcode 2250.

Treasurer Josh Frydenberg is due to deliver an economic statement on July 23 outlining the future of JobKeeper.