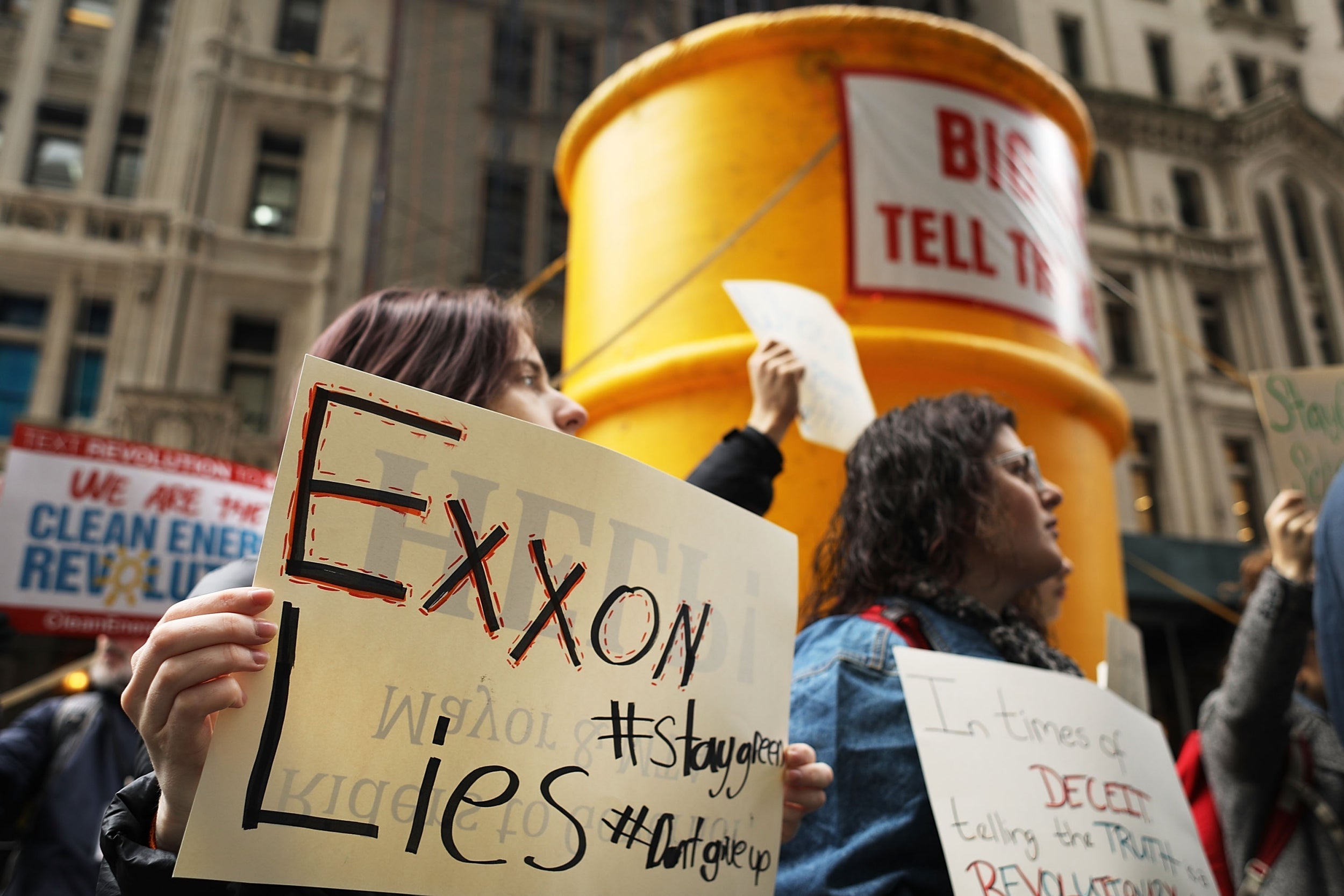 “We’re here suing these defendants — API, ExxonMobil and Koch — for hiding the truth, confusing the facts and muddling the water to devastating effect,” Ellison said at a news conference.

Sharing the total story, not merely the headlines

At least 15 other government entities have brought similar lawsuits, including Massachusetts, New York and Rhode Island. New York lost its lawsuit against ExxonMobil in December.

Ellison wouldn’t specify a dollar figure for the damages he’ll seek but said, “it’s going to be a lot.” He said maybe it’s akin to Minnesota’s $7 billion 1998 settlement with the tobacco industry.

Leaders of a few environmental groups participated in the attorney general’s news conference, including Sam Grant, executive director of the climate change group MN350. “We want Exxon, Koch, and API to pay for their lies. Their acts of fraud harmed all Minnesotans. We deserve our day in court, and we stand with future generations,” Mr Grant said.

ExxonMobil denounced the lawsuit as baseless and without merit.

“This lawsuit is part of a coordinated, politically motivated campaign against energy companies,” spokesman Casey Norton said in an email. “Legal proceedings like this waste millions of dollars of taxpayer money and do nothing to advance meaningful actions that reduce the risks of climate change.”

The chief legal officer for the American Petroleum Institute, Paul Afonso, said in a statement: “The record of the past two decades demonstrates that the industry has achieved its goal of providing affordable, reliable American energy to U.S. consumers while substantially reducing emissions and our environmental footprint. Any suggestion to the contrary is false.”

Flint Hills Resources, a subsidiary of Koch Industries that operates a refinery in Pine Bend, Minnesota, said it was reviewing the lawsuit.

On Thursday, a New York Attorney General decided to take action against the National Rifle Association. After a long 18-month investigation, the New York...
© Copyright 2020 - reporter.am