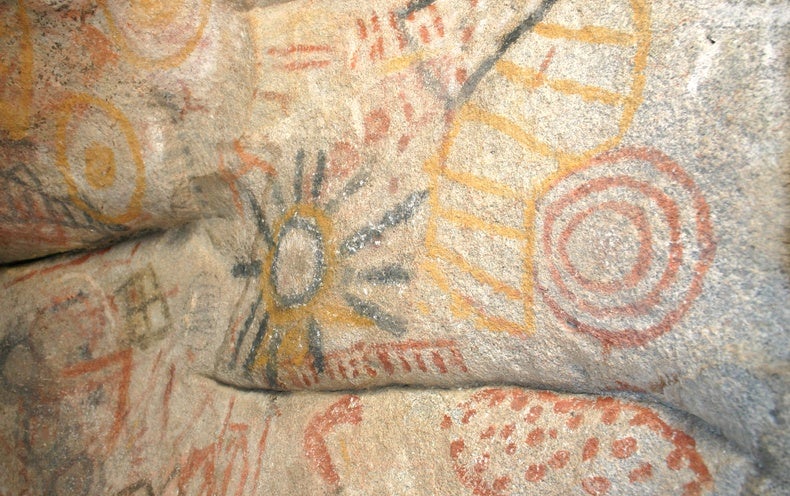 “You know, basically we found a bunch of holes in the ground.”

“But ultimately very important holes in the ground.”

Reinhardt and colleagues believe they’ve found some of the first clear evidence of mining activity in a system of caves in Quintana Roo, on the Yucatan Peninsula. The find dates back to between 10 and 12,000 years ago.

“So these are some of the very early people that have come and migrated to the Americas via the Bering Strait.”

But getting to what remains of these miners and the tools they left is a challenge.

“Like, as cave divers, you gotta be so careful you don’t get lost.”

These cave systems, in Mexico, which were once dry, are now completely filled with water, thanks to a warming climate and sea levels that rose over time. Winding passageways are narrow and dark, and the walls are made of unforgiving limestone, porous and with sharp edges. Reinhardt says the water that filled the caves has preserved everything.

“It’s basically almost like somebody working at a factory, they turned the lights off, they went away and nobody ever came back.”

When divers started telling Reinhardt about what they…

Astronomers Finally Know What Caused That Mysterious Dimming of Betelgeuse

These Orbs Look Like Candy, But They’re Actually Different Flavours of Phobos

The previous Manchester City gamer is completely conscious of what the Red Devils are capable of Manchester United's speed is something Sevilla...
© Copyright 2020 - reporter.am