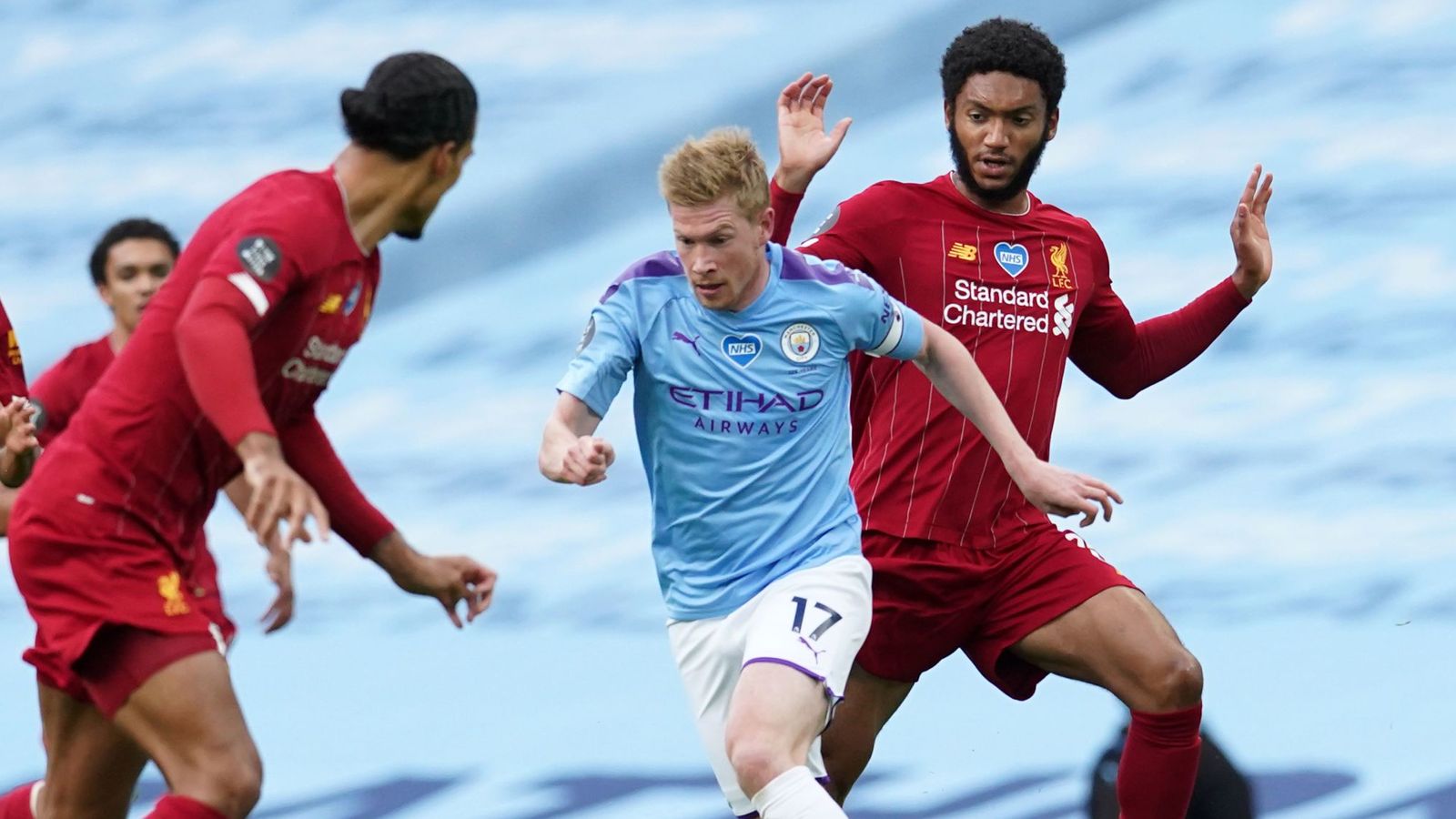 Man City hammered Liverpool in the Premier League on Thursday – but who impressed and who disappointed?

As well as De Bruyne and Sterling, Phil Foden was also on target before Sterling forced Alex Oxlade-Chamberlain’s own goal.

Here we assess the individual performances at the Etihad…

Saved smartly from Salah and Mane in the beginning and raced off his line to deny the Egyptian later in the initial half. An amazing diving header kicked off the second half in style.

Several wayward passes in the initial half put City in danger and a foul on Mane on the edge of the region after the break presented Liverpool with an opportunity.

Carelessly gave it away to Mane for a Firmino chance in the next half but will take the shutout.

Caught out on a few occasions as Liverpool found space in the box without adding a clinical finish.

A poor touch allowed Mane an early on effort but showed his attacking threat with his crossing. Bizarrely booked for time-wasting in first half but an encouraging display.

Almost immaculate in possession, City’s composed stalwart in the centre of the park pulled off a fine long-range pass to get De Bruyne in the build up to the fourth.

Slide-rule move across the Liverpool defence to create Sterling and brilliantly converted a sharp one-two with De Bruyne to make it 3-0. Gave Robertson a wretched evening and could experienced another if it was not for Van Dijk’s goal-line clearance. An unfortunate handball denied him an assist for Mahrez in final seconds.

Passing exquisite as always – include his wall-pass for Foden’s goal – and his penalty was precise. Had the pundits purring once more and only denied an additional assist on the night by Oxlade-Chamberlain’s own goal.

Twisted in the box with excellent close control to win the penalty then finished impressively for the next. A threat throughout and forced the Oxlade-Chamberlain own goal.

Twice denied by Liverpool’s offside trap in the initial half but shot straight at Alisson when Alexander-Arnold threw him the ball after the break. Subbed off inside an hour.

Immediately linked up with De Bruyne and kicked off the move for the fourth. Shot a good opening just wide late on and denied a goal of his own as a result of handball by Foden in the build-up.

A tidy performance after coming on for Walker midway through the second half.

Gave Sterling a breather for the last 10.

A late introduction to shore up the City backline.

Didn’t make a mistake but conceded four times on a chastening evening for the champions.

Not at his most readily useful. Almost set-up a third goal for City with a bizarre throw-in directly to Jesus while his forward forays and passing lacked their usual sharpness.

As Jamie Carragher generously put it during commentary, “Gomez didn’t have his best night”. The generosity was the understatement: Gomez was guilty of bringing down Sterling for City’s penalty and was then beaten – and nutmegged, for good measure – by the same player for City’s second. Given the parallels with David Luiz’s offence at the Etihad a couple of weeks ago, Gomez was very arguably fortunate not to be dismissed for the penalty foul on Sterling. Not that Gomez’s evening was extended whatever the case: subbed at half-time.

As frequently, Liverpool’s most readily useful defender. But unusually, that didn’t total much.

What happened? Toyed with and taken fully to the cleaners by the outstanding Foden. “Robertson has been outstanding for Liverpool for the past two seasons but he is playing tonight as if he has had a week on the lash. He is getting played around,” observed Gary Neville.

Completely overshadowed by his City counterpart, failing to reach grips either with De Bruyne or the contest. But his commitment never wavered and something wonderful pass early in the second half deserved a lot better than Mane’s wasteful touch.

The only meaningful bulwark to the rampaging De Bruyne, twice making crucially-timed tackles on the Belgian prior to the damn burst. Switched to defence following Gomez’s exit.

Quietly efficient with the focus on quiet. Taken off after 62 minutes for Keita’s introduction.

On a night if the champions lacked sharpness at both ends of the pitch, Salah was the profligate in chief, spurning a great opening in the initial few minutes before hitting the post if the fixture was still scoreless. How different the game was if either of those chances had gone in.

When Liverpool review this match, among their first conclusions will likely be that they had almost as many chances to score as City. That they didn’t was as much a consequence of Mane’s wastefulness as it was Salah’s.

The quietest of Liverpool’s attacking three and was relatively anonymous before being replaced on the hour mark.

On at half-time rather than Gomez and couldn’t be blamed when he diverted Sterling’s shot into their own net.

Failed to produce any sort of impression as the ball refused to fall his way.

Lively after his introduction and it’ll be interesting to observe much game time he’s given in the final matches.

Nearly made a immediate impact when his cross fell to Salah in the City penalty box limited to Ederson to produce a comfortable save yourself.