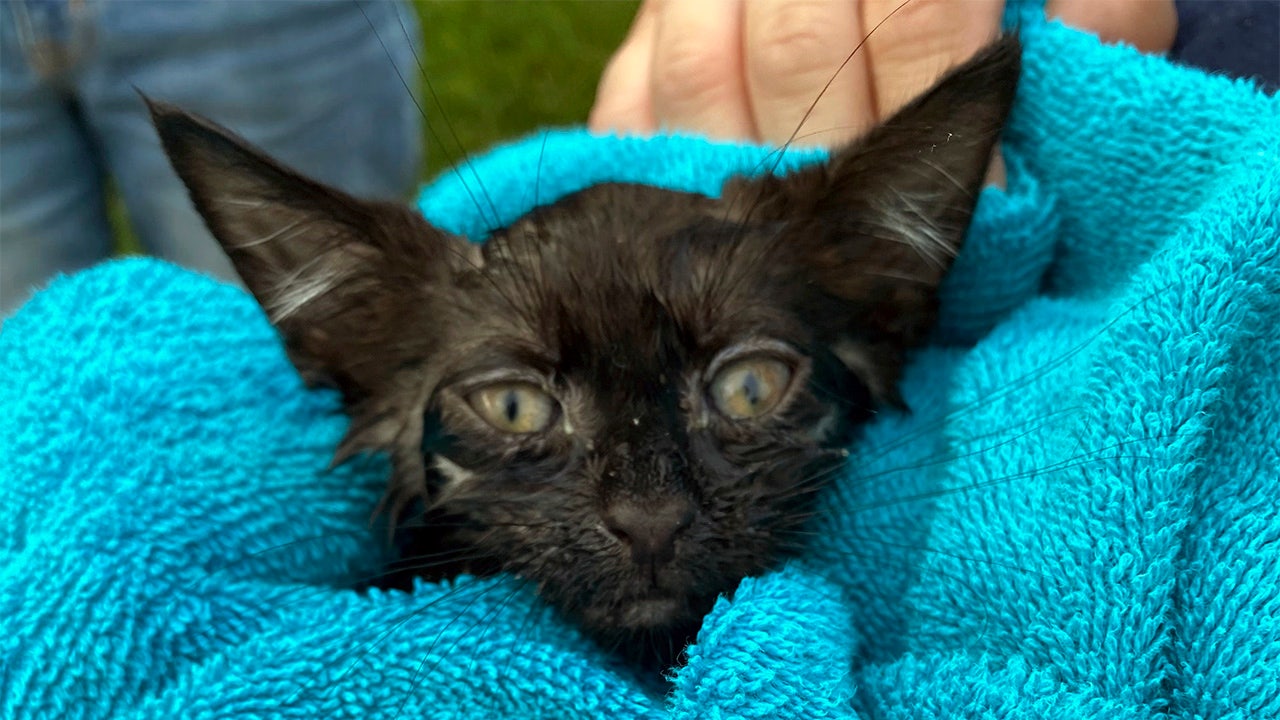 Kitten peeks out of towel being rescued from a storm drain on Long Island. (Suffolk County Police Department via AP)

Suffolk County Police Department officer Michael Viruet wiggled down into the drain and was able to snag the soaked kitten with a long net pole after several minutes of trying, authorities said.

Viruet is assigned to the Emergency Services Unit.

The kitten could possibly be heard meowing on video of the rescue that was recorded by a local news crew.

“Oh, he’s so little,” a woman could be heard saying.

The kitten’s reversal in fortune continued when it had been adopted by way of a person with a home on the market, The Associated Press reported.

The Associated Press contributed for this report.

( CNN)-- A new Japanese hotel is using tourists a first-of-its-kind experience-- to live like a middle ages lord in a genuine...
© Copyright 2020 - reporter.am