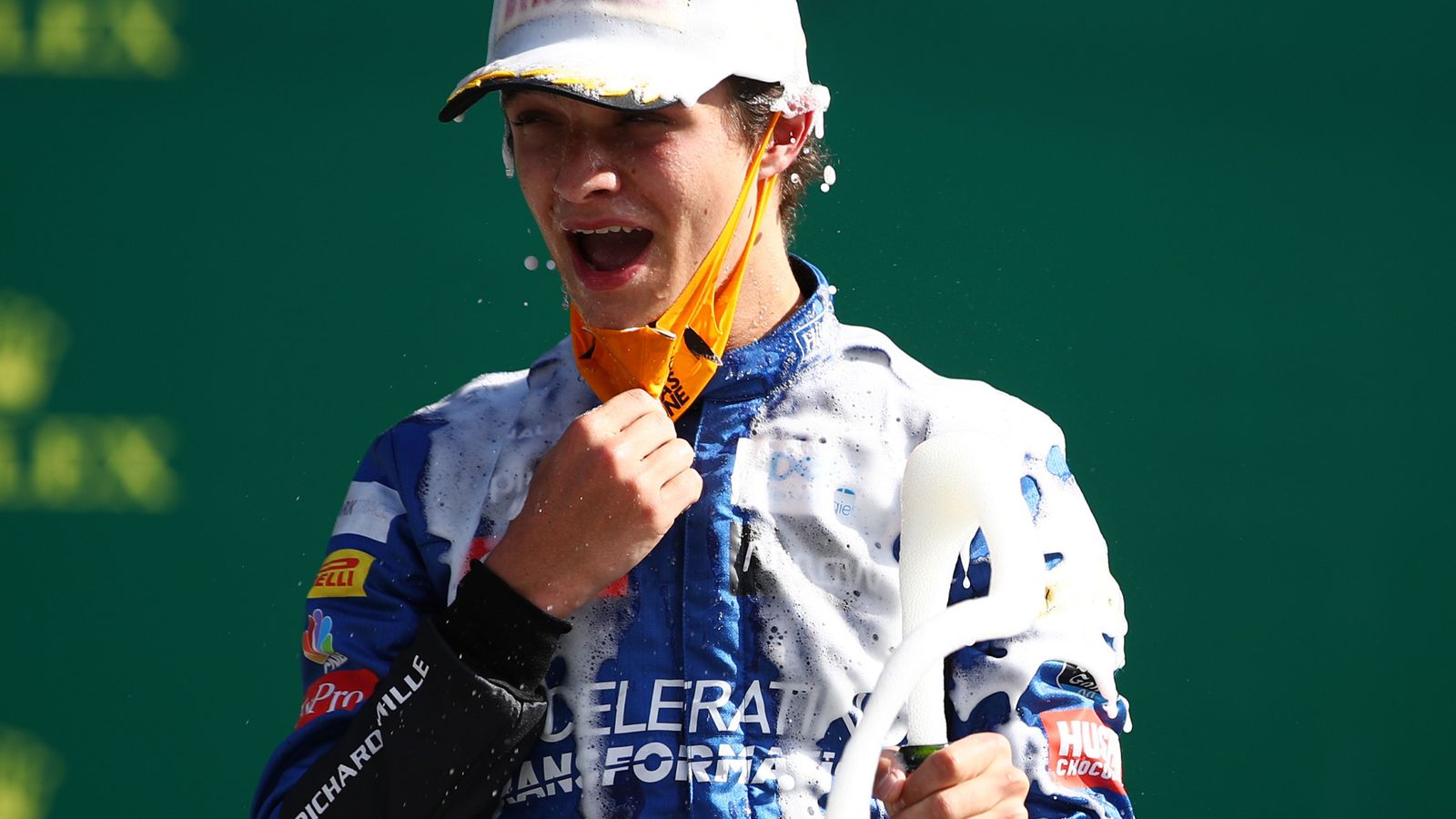 Lando Norris admitted his podium-winning run to the race’s fastest lap on the Austrian GP’s final lap had to be definitely on the limit after he just beat the clock to take Lewis Hamilton out of third place.

A jubilant Norris claimed the first podium of his 22-race F1 career within an amazing end to the season–opening race when a five-second penalty for Hamilton – who was working second – opened up unexpected opportunities for drivers behind him.

Norris finished 4.802 seconds behind Hamilton but only after pulling out the fastest lap of the entire race on the 71st and final tour – the first time in his career he has achieved that feat, and the bonus point that goes with it.

Watching a replay of his “insane” speed through the race’s final two corners as he pushed to secure the position, a “poud” Norris told Sky Sports F1: “I only knew Hamilton was going to get a penalty with a couple of laps to go.

“So it was only after [passing] Perez I knew I really needed to start to push. I only did it by two tenths. One small lock–up, one small mistake I could have made, or just our pace not being quite as good as it was, and I wouldn’t be here.”

The Englishman had already overtaken Sergio Perez’s Racing Point with a robust move at Turn Three despite the Mexican also being slapped with a penalty by that point, with regard to speeding in the pit lane.

“I didn’t know how much of a risk to take getting past Checo,” admitted Norris. “There was a close moment two laps prior when Charles [Leclerc] got past me, so I was a little bit cautious but Carlos [Sainz, his McLaren team-mate] was right right behind me and I knew he was going to go for it.”

Norris had proved the star of Saturday by qualifying a career-best fourth – which became third in the hour before the race on Sunday when Hamilton was penalised – although lost positions at the start.

But then came that late comeback.

It means that having gone five years without a podium finish, McLaren have now taken two top-three results in the three races either side of F1’s seven-month racing layoff.

“Proud of what we have achieved as a team. Fourth [in qualifying] we were very happy with – we were over the moon with,” said Norris, who last stood on a podium in F2 in 2018.

“We knew it was going to be very difficult to achieve anything like that today nevertheless we went one better.

“We didn’t have the pace to achieve it on pure merit in the way but we took every opportunity we could with other people making mistakes, clashing and getting penalties.

“At the end of the day that’s the thing, not giving up and taking those necessary risks with Sergio and a couple of others. I’m very happy. I got a nice little trophy as well, the first one for a couple of years.”

Sainz added: “It’s been tough for all the mechanics as well as the engineers, but we’ve taken some strides forward over the last couple [of years].

“Even though we’re McLaren in addition to we’re a big team there have still been some difficult moments for all of us in typically the past couple of years, and couple of months. So it’s nice to bounce back like this, put on a good show, and give the mechanics and everyone at MTC what they deserve for all their hard work, time and effort.”

The new Formula 1 season is underway inside dramatic style on Sky Sports F1 and continues next week along with the second race in the Red Bull Ring – the Styrian GP. Find out more & subscribe.

The Story and Sacrifice of Lifelong Activist Craig Hodges