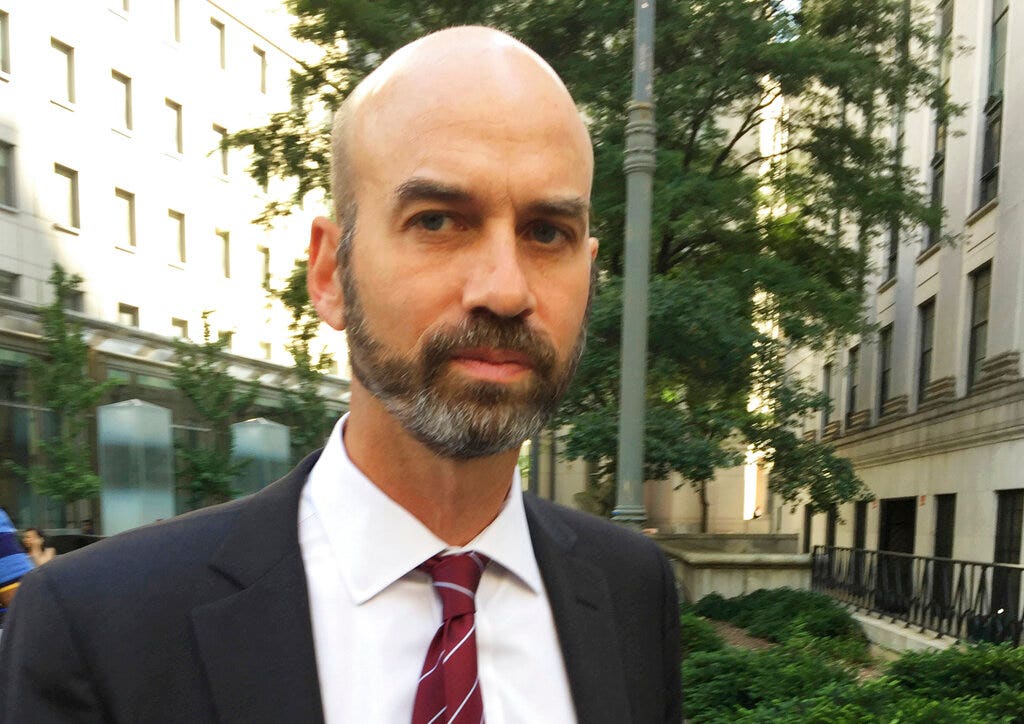 Bennet’s mortal sin was publishing, in the opinion pages that he supervised, an essay by right-wing Republican Senator Tom Cotton, of Arkansas, urging President Trump to deploy U.S. military forces against protesters in American cities to greatly help overwhelmed local police stop rioting and looting and restore order following the brutal killing of George Floyd by members of the Minneapolis police.

While Bennet and A.G. Sulzberger, the paper’s publisher, initially defended the decision in the name of exposing readers to “counter-arguments, particularly those made by people in a position to set policy,” both soon caved to the fury of the paper’s own staff and readers.

The reason they did so is clear to those who have worked at the Times, as I did for 28 years. Sulzberger was unwilling to weather a staff revolt.

By Friday, over 800 workers had blasted the essay’s publication – many attacking their own paper on Twitter in blatant violation of the paper’s ban on expressing private opinions on editorial and policy dilemmas they cover in public.

To make sure, Bennet made mistakes. By Friday, he previously apologized for having published the piece and acknowledged that he hadn’t even read it ahead of its publication – an unfathomable and dreadful lapse. But it was not his first, Sulzberger added, twisting a knife into an editor once considered a contender to be the paper’s next executive editor.

But that doesn’t explain Sulzberger’s about-face or the paper’s assertions about the essay and its own failings.

In its “editor’s note” to readers, the Times said it should not have published the essay because it contained “factual inaccuracies,” was rushed in to print, had a “needlessly harsh” tone and “fell short of our standards.”

First of most, numerous editors examine style, content and assertions of fact – in the news section and the separately run editorial department.

Second, Cotton’s own tweet about his interactions with the editorial staff undermines the idea that it was rushed into print.

Third, anyone who has browse the paper’s numerous editorials, op-eds, and its increasingly opinion-laced news articles about Trump and his minions knows that regrets over an essay’s “needlessly harsh tone” is hogwash, to employ a polite term.

Make no mistake: as a vehement critic of both President Trump and his minions, including Senator Cotton, I strongly oppose his notion of sending U.S. soldiers to American cities to quell unrest. And I agreed with Goldberg’s initial hunch that publishing his essay would serve mainly to expose him being an extremist, or as she wrote, a “dangerous authoritarian.”

But it’s disingenuous to argue, as have so many woke journalists, that the ostensible “paper of record” should have refused to publish his argument.

Admire or despise him, Cotton is an influential senator who has Trump’s ear. And though many in the U.S. military were appalled by the idea of deploying U.S. soldiers to quell domestic unrest, even while a last resort, his idea had some support on Capitol Hill and one of the general public.

Goldberg congratulated her colleagues who denounced Cotton for having bucked the paper’s aversion to “intramural criticism.”  “That took courage,” she said.

No, it didn’t. What took courage was the decision to create his essay in a paper that detests him and every thing he represents. But that fortitude quickly crumbled under a barrage of staff protest and angry tweets.

Nor was this the first time that the Times has caved to an employee revolt. Despite the paper’s ostensible commitment to publishing news and opinion “without fear or favor,” Sulzberger’s father, once my buddy, forced out his opted for executive editor and number 2, the paper’s first black managing editor, after a staff revolt in 2003.

Though Howell Raines and Gerald Boyd had supervised post-9/11 coverage that had won seven Pulitzers, probably the most stellar reporting in the paper’s history, Sulzberger ousted them for having “lost the newsroom’s confidence” because of what my former colleagues called their “dictatorial” managerial style and a scandal involving Jayson Blair, a young black reporter they’d favored, who wound up having plagiarized and fabricated lots of the stories he previously written.

I, too, had first-hand experience with the paper’s weak leadership. In the runup to the Iraq war in 2003, I wrote a few stories about the intelligence community’s unanimous, but erroneous conclusion that Saddam Hussein had WMD and was still wanting to acquire nuclear weapons.

I had thoroughly checked sources and corrected inaccurate stories when conflicting information surfaced.

Though my stories were filled with qualifiers and often co-written with other colleagues, I became a lightning rod and target for Iraq war critics.

So despite my many prizes, including sharing in the Pulitzer for the reporting on Al Qaeda before September 11th, and despite having been jailed for 85 days to safeguard my sources – longer than any print reporter in American history – the former publisher, fearful of an employee and public backlash, permitted a Times columnist to attack me in print and blame me for paper’s alleged shortcomings in its pre-war reporting.

Publishing unpopular news and views is the business enterprise of great newspapers. Caving in to the public’s need for scapegoats and its own staff’s biases undermines that mission.

Over time, the New York Times has increasingly permitted its talented staff’s views to permeate its news pages.

Now it has apologized for publishing views in editorials that its reporters oppose. Sports columnist and veteran Times reporter Michael Powell, a lonely voice at the paper, called this trend an “embarrassing retreat from principle.”

A strong paper and strong democracy do not “shy from many voices,” especially ones with such clear news value.

The Times is barely the only victim of such “woke” pressure, or what conservatives denounce as “cancel culture.”

Censorship is on the rise within our era of pandemic and protest. But our censor is maybe not the government.

Big tech increasingly decides who and so what can be published, which is why it is so vital for the media, academe and businesses to not muffle voices of dissent.

Pressuring those who deviate from a prevailing narrative to self-censor and apologizing for departures from politically acceptable thought not just diminishes the media’s credibility, it endangers us all.

The US Postal Service is warning states that voters risk not getting their ballots back to election offices in time because of lags in...
© Copyright 2020 - reporter.am