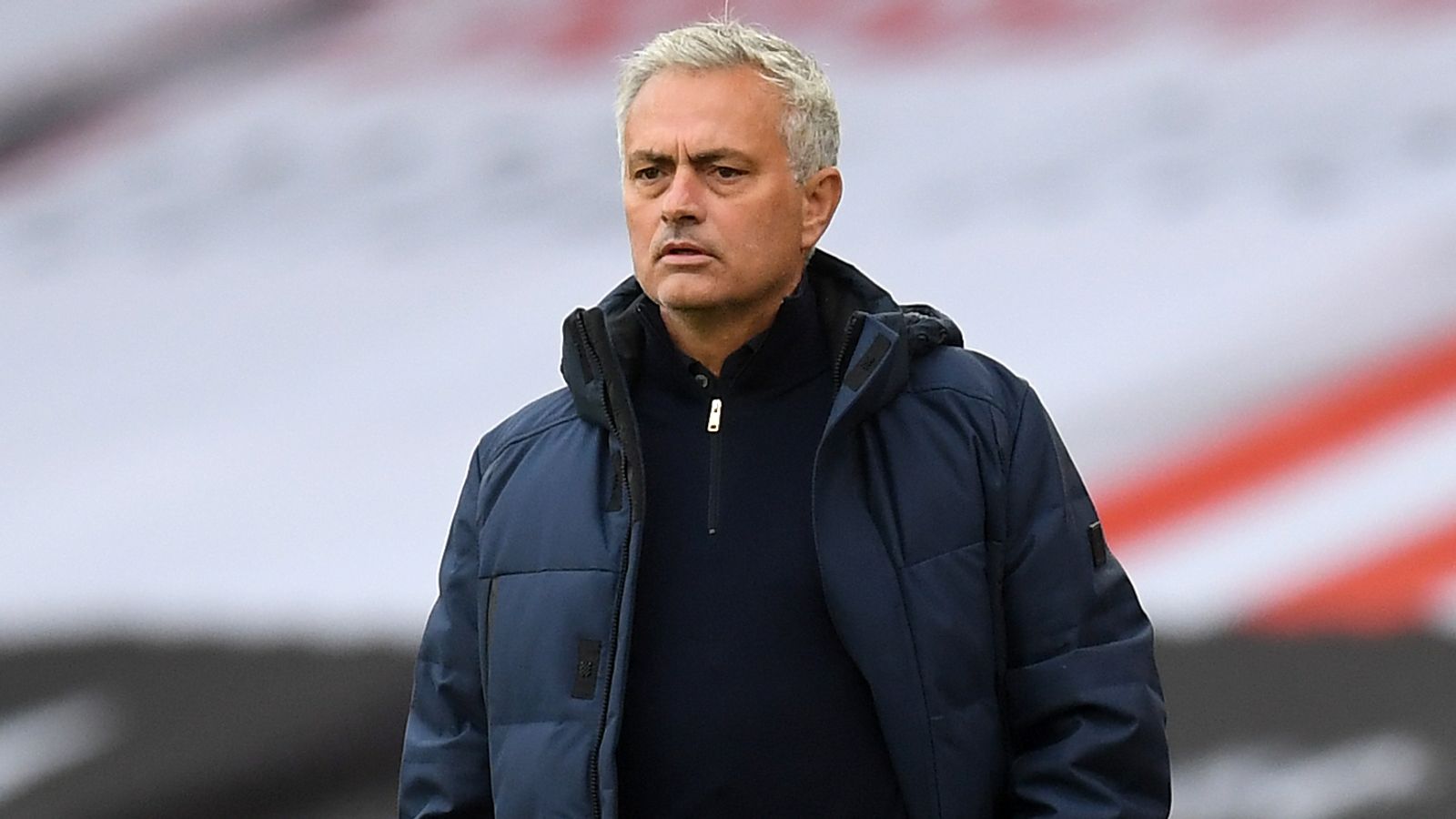 Jose Mourinho has urged his Tottenham side to rediscover their cutting edge ahead of this weekend’s North London derby against Arsenal, live on Sky Sports.

Despite possessing an array of attacking talent, lead by former Golden Boot winner Harry Kane, Spurs failed to register just one shot on target against Bournemouth because they were held to a goalless draw on Thursday evening.

In contrast, Tottenham have kept three clean sheets in their last five outings, with Mourinho readily admitting the side need to strike the right balance at both ends of the pitch.

“We want to keep our defensive organisation as it is giving us good numbers but we’re not scoring enough goals,” Mourinho said.

“We’re not being dangerous and attack-minded enough despite all of the attacking players on the pitch.

“At the minute there is a contradiction between the level of attacking players we have on the pitch and our production.

“We are arriving in good positions, we have good percentages of ball possession and spend the majority of the amount of time in the opponent’s half.

“But there is no sharpness or objective – there’s too many touches, we’re not clear or aggressive or making sharp killer decisions.”

Despite Mourinho’s frustrations, that he insists you will have no personnel changes in the transfer window, maintaining all his forward players are sufficient to compete.

“We cannot get any better players than what we have,” Mourinho added. “I like them all.

“It’s a very important factor to say we are perhaps not scoring enough goals but another to say my players aren’t good enough – and my players are extremely good.

“So in relation to the transfer market – I don’t want to replace my attacking players.”

‘Referee’s should explain their decisions’

Oliver has been the VAR official in Spurs’ last two away games, where there have been controversial decisions in both – first ruling out Lucas Moura’s handball at Sheffield United and then opting not to award an obvious penalty at Bournemouth.

Despite those controversies, which Mourinho heavily criticised, Oliver will referee the match against Arsenal.

“I feel free to comment on the referee performances after the performances but I don’t like and I know from a legal point of view I can’t make comment before matches.”

However, Mourinho believes the referees and VAR officials should really be made accessible after the games to explain their decisions.

“It is very essential. They are very important in the overall game, I think so.

“It would stop nothing, make things far more open, far more clear. It would provide the ref the opportunity to say, ‘Yes, I made a blunder – Personally i think sorry for that’, or ‘Yes I had incredible performance’.