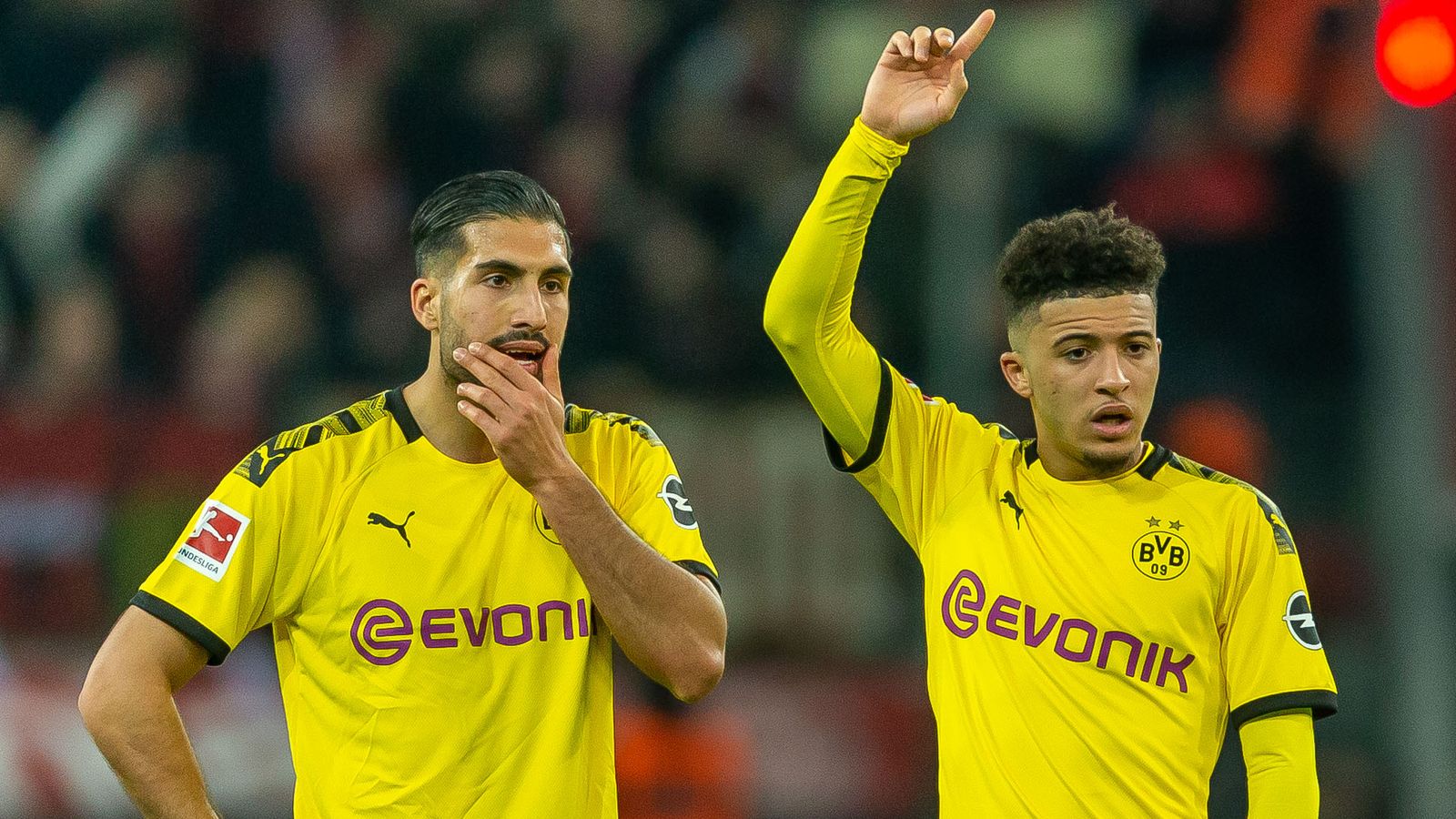 “He’s a great boy, I get along very well with him… He can’t afford to make mistakes like that in the future,” says Can

Jadon Sancho has been warned he needs to “grow up” by Borussia Dortmund team-mate Emre Can after being fined for getting a haircut in his home, in breach of Germany’s coronavirus restrictions.

The 20-year-old Manchester United target and his team-mate Manuel Akanji were fined by the German league after photos emerged of them having a trim in their own respective homes, with neither the players nor the hairdresser wearing any personal protective equipment (PPE) in the pictures.

Sancho issued his response on Twitter after the fine was confirmed saying: “Absolute joke DFL!”

Can has grown close to Sancho since joining Dortmund from Juventus in January and he believes the England international needs guidance off the pitch in order to enable him to make smarter decisions.

“Jadon needs a little guidance. He’s a great boy, also off the pitch. It’s true that I get along very well with him,” Can told Sky Germany, after scoring the winner in Dortmund’s 1-0 win over Hertha Berlin on Saturday.

“He just has to be a little bit smarter about these things. Everyone needs a hairdresser. He needs to grow up. He can’t afford to make mistakes like that in the future.

“We as a team are also responsible. We are not annoyed by him. We know that he has to be more disciplined in some things. But he knows that too.

“I don’t think he does this on purpose to create a scandal. Maybe he doesn’t realise it, maybe he trusts too many people in some things.

“He needs people to guide him. That’s where the environment is very important.”

Earlier this season, Sancho was dropped and fined by Dortmund after reportedly returning back late from international duty with England.

Two seasons, Sancho was dropped to the Under 23s after repeatedly arriving late for training.

In March 2018, Sancho was dropped to the bench for an England U19 game against Latvia, along with Manchester City midfielder Phil Foden, after the pair arrived late for training.