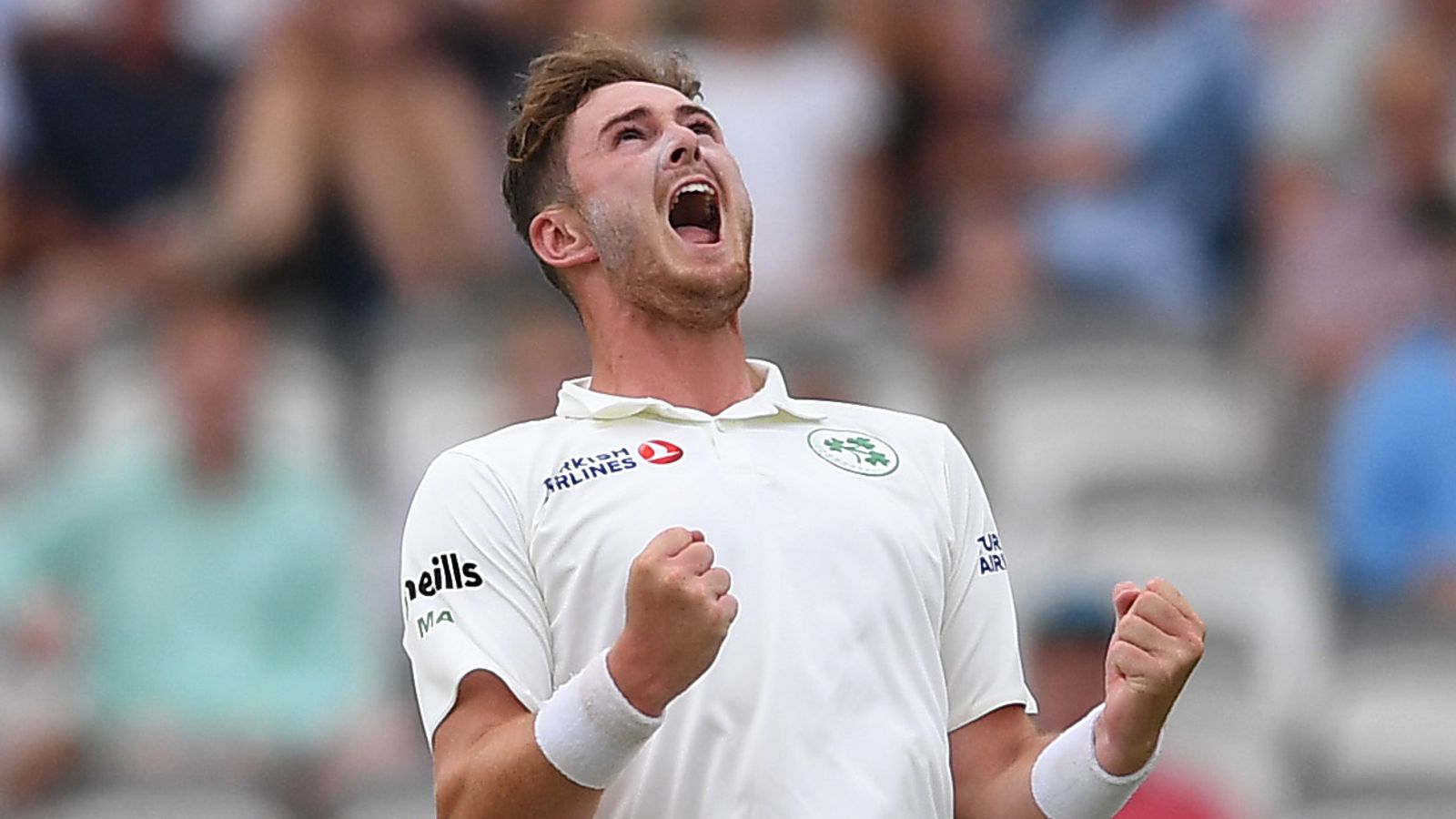 Ireland are scheduled to play England in three ODIs on July 30, August 1 and August 4 at The Ageas Bowl

Ireland have named a 21-man training squad before their one-day international series in England, with fast bowler Mark Adair included after recovering from an ankle operation.

Adair made his Test and ODI debuts against England a year ago, impressing in the Test match at Lord’s, where he finished with match figures of 6-98.

The 24-year-old went underneath the knife fleetingly before lockdown in March after injury struck all through Ireland’s tour of the Caribbean in January, but he is anticipated to make Ireland’s final 14-man squad to be named after workout sessions and two warm-up games.

Andrew Balbirnie’s side will face England Lions in the next warm-up on July 26 before three one-day internationals behind closed doors at the ‘bio-secure’ venue of the Ageas Bowl between July 30 and August 4.

The series was originally set to take place between September 10-15 at Trent Bridge, Edgbaston and The Oval, respectively, but the coronavirus pandemic has led to the fixtures being brought forward.

As such, the squad will leave Dublin on an unique charter flight to Southampton before being transported in ‘bio-secure’ buses to a hotel at the ground, where they will stay until their departure on August 5.

“We have lost so much cricket this year, so to have a series – let alone such a major series as this – to look forward to is a great relief for all,” said Andrew White, Cricket Ireland’s chair of national men’s selectors.

“The squad selected covers all eventualities – we have picked players which are in obvious contention to play, but in addition players that can help our batters prepare for the type of opposition we’ll be facing.

“We’re delighted that our top wicket-taker in 2019, Mark Adair, returns after recovering from ankle surgery, and feel we have the right squad balance for these important fixtures – keeping in mind they are World Cup qualifiers.”

White added seamer Stuart Thompson and all-rounder Shane Getkate were “unfortunate not to be travelling” while fast bowler David Delany had not been considered following knee surgery.

All-rounders Curtis Campher and Jonathan Garth are uncapped at international level while seamer Tyrone Kane and Harry Tector are yet to represent Ireland in ODIs.

Once the squad is whittled down to 14 players, the seven overlooked will remain in Southampton as cover.

‘Lewandowski is great, but he’s not Messi’ – Barca boss Setien ready for showdown with Bayern star

U.S. hits fiscal cliff with jobs, economic recovery in the balance By Reuters

©Reuters The spread of the coronavirus illness (COVID-19), in Fayetteville By Howard Schneider and Jonnelle Marte (Reuters) - The U.S. push to fire...

Syrian President Bashar al Assad said on Wednesday that sweeping new US sanctions amounted to a new stage of economic warfare against his government...
© Copyright 2020 - reporter.am