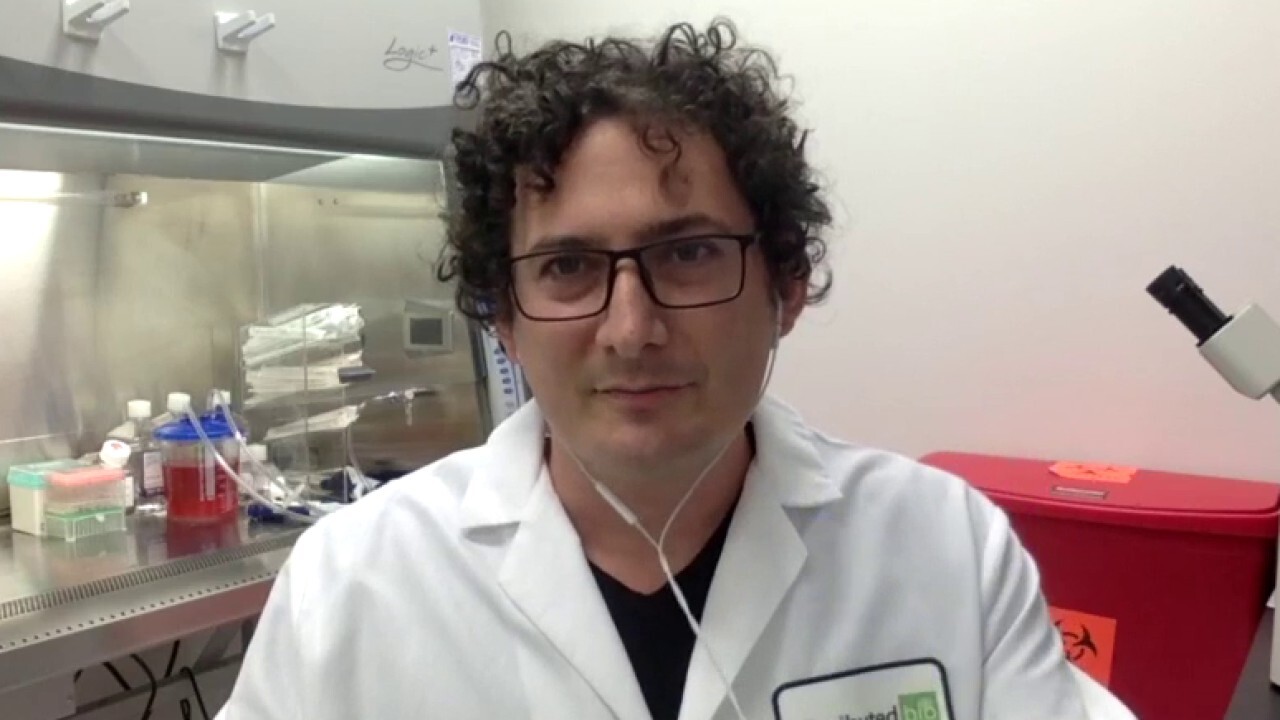 “So what we have done is we’ve engineered neutralizing antibodies that go and block the virus. The coronavirus, if you were to zoom in on it, you would see a series, a ring of spikes, and it uses those spikes to invade human cells,” Glanville stated. “We’ve identified a series of super potent antibodies that block those spikes and therefore make the virus no longer infectious.”

Glanville discussed the power of antibodies, claiming it aided throughout the Ebola epidemic.

“This is the thing that turned the tide against Ebola. The Ebola used to be a death sentence, about 50 percent mortality rate,” Glanville stated. “And then once a good antibody neutralizing solution was made, then I think 94 percent of people can walk away.”

“So that transformed Ebola from a dangerous crisis to a manageable treatment,” Glanville included.

The physician additionally discussed the benefits of antibodies over vaccinations.

“We’ve also got antibodies to treat rabies. We’ve got antibodies to treat RSV in babies. Antibodies are used to for anti-venom. So this is extremely well-established platform technology. It has the advantage,” Glanville stated. “You can produce antibodies much faster than you can make a vaccine. And as I’d heard you mentioned previously on all that modeling, every day counts. We’re venting an incredible amount of money out of our economy and risking lives. And so you want to have a medicine as quickly as possible.”

Glanville laid out the procedure, wishing to approach human test this summer season.

“Our next move is we hand this off to the U.S. military, a consortium from the Gates Foundation and some private groups. And all of them are going to test the potency of neutralization of our therapeutic. We’re also working with Charles River Laboratories that runs safety and talks to make sure the stuff safe to put into people,” Glanville stated. “And we’re going to go into a scaled up manufacturer. So at that point, what you do as you do a phase one last two human trial, and that’s we’re aiming to do that towards the end of the summer around August.”

Still, as with so much else in the American advertising of the last century, nostalgia was the sole property of White America. African...
© Copyright 2020 - reporter.am