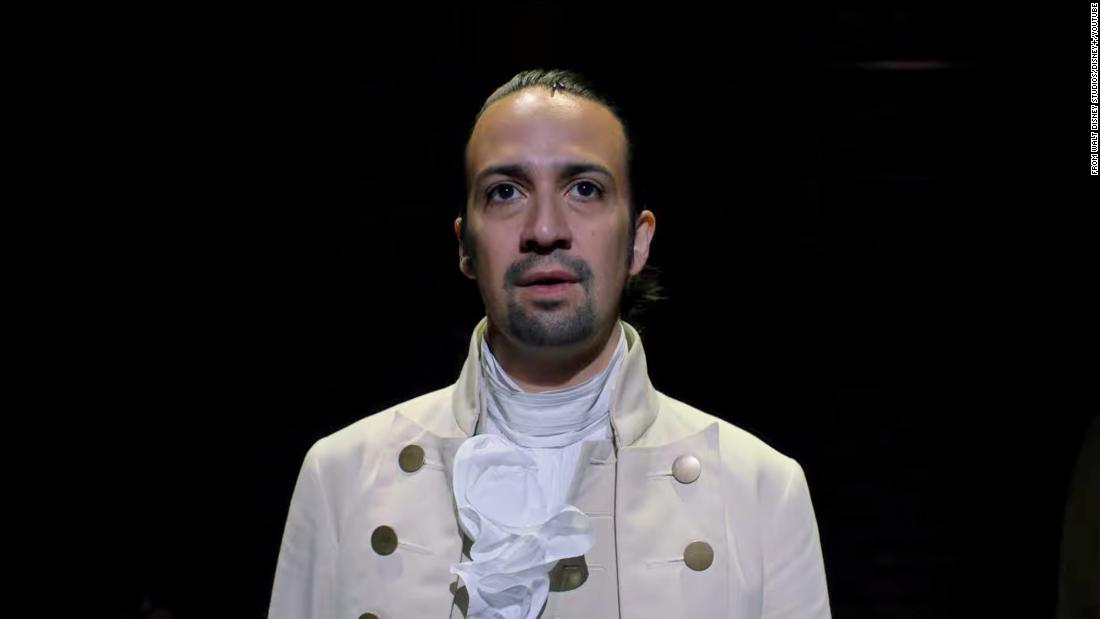 A filmed version of the Pulitzer Prize-winning musical, developed by Lin-Manuel Miranda, is set to premiere on streaming service Disney+ on July 3.

The 60-second trailer, released Sunday, shows a montage of scenes from the critically acclaimed drama, set to a mash-up of the show’s opening number, “Alexander Hamilton,” and “Satisfied.”

Miranda posted the film trailer on Twitter along with the caption: “May you always be satisfied.”

The “Hamilton” movie was originally scheduled to arrive in cinemas in October 2021, but the studio opted to produce the film early on its subscription streaming service amid the coronavirus pandemic.

“Hamilton,” which burst into theaters in 2015, tells the story of US Founding Father Alexander Hamilton and touches on themes including immigration, the War of Independence and America’s economic climate. It won the 2016 Pulitzer Prize for Drama and has earned 11 Tony awards, including Best Musical.

In May, cast member Diggs, who portrays Marquis de Lafayette and Thomas Jefferson in the production, admitted he was “terrified” in regards to the musical being released on Disney+.

“I’ve never seen myself do that and it’s still the thing that most people talk to me about that I have done. One of the only reasons I can stand that kind of attention is that I haven’t seen it,” that he told Entertainment Weekly.

“At some point, I’m going to be forced to watch it and actually deal with my own feelings about this,and so that is complicated for me.”