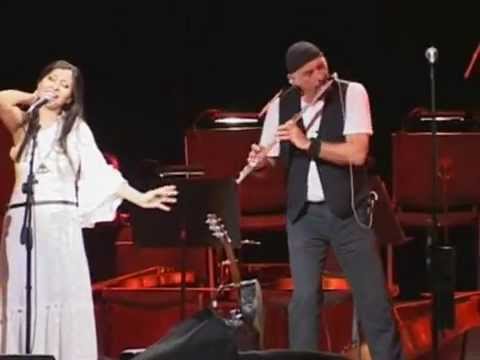 Yerevan – The legendary British rock group Jethro Tull performed on in the great hall of the Armenian Philharmonic on May 22. The concert was sold out. Armenia’s true rock fans were there, as were the staffs of foreign missions and businesses. Two buses full of rock fans came down from Tbilisi, TV Mol reports. With the prime minister, Tigran Sarkisian, a big fan, in attendance, there was no shortage of government officials on hand either.

The hall thundered with rhythmic clapping and dancing of the fans. It was a wonder the roof did not come down.

One of the fans, miraculously circumventing the watchful guards, managed to climb on the stage and grabbed hold of Ian Anderson‘s leg. It wasn’t a hologram. Yes, it was really him. The bodyguards and the other musicians were barely able to detach the fan from his idol and send him back to the hall. The incident did not ruin the mood; on the contrary, it added to the excitement in the hall, which lasted through the last note and beyond.

Coming next, on May 30: The Gipsy Kings. Anyone who has been to Yerevan in recent years has heard their music blasting from the outdoor cafés. Now people will get to hear the real thing.