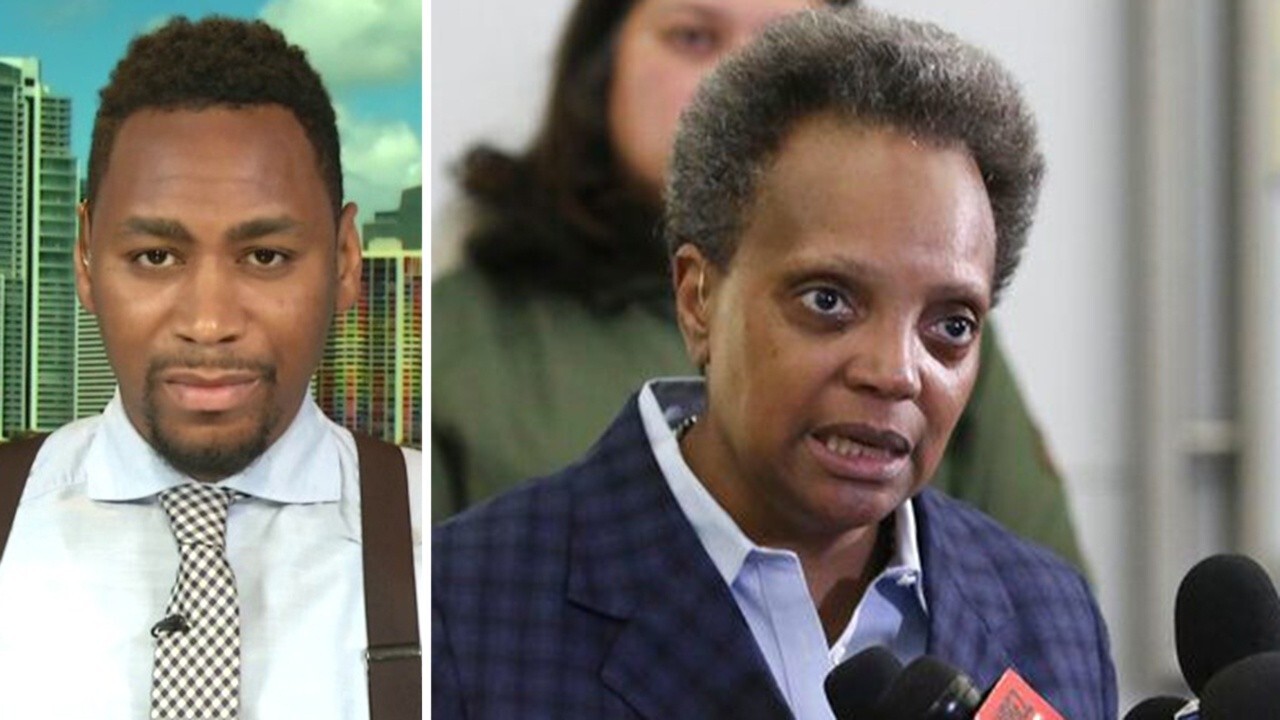 Caldwell, who hosts “The New Battle For Chicago” on Fox Nation, made the comments after the city reported an alarmingly violent and life-threatening July Fourth weekend, with more than 67 people shot and at the very least 13 killed, including a 7-year-old girl and a 14-year-old boy.

FOURTH OF JULY WEEKEND MARKED BY VIOLENCE IN CHICAGO

Trump reacted to shootings in a tweet Sunday evening. “Chicago and New York City crime numbers are way up. 67 people shot in Chicago, 13 killed. Shootings up significantly in NYC where people are demanding that @NYGovCuomo & @NYCMayor act now. Federal Government ready, willing and able to help, if asked!”

Caldwell pleaded with Chicago leadership to put politics aside and prioritize the safety of their residents.

“I’m passionate about this for a reason. The reason is the city officials who owe the residents of Chicago so much have failed them,” he said.

CHICAGO VIOLENCE ERUPTS DURING HOLIDAY WEEKEND, AT THE LEAST 67 SHOT AND 13 KILLED

“Now, we have a president who’s extending a hand to the people of Chicago, the people of New York, saying, ‘I want to help,’ and they are playing politics because he’s a Republican.”

“The people of Chicago need help and they need it immediately,” Caldwell warned. “They can’t wait for the election for the possibility of a Democratic president. They need help now.”

President Trump blasted Chicago Mayor Lori Lightfoot and Illinois Gov. J.B. Pritzker in a letter on June 26 over ongoing gun violence that has plagued the city lately, accusing both Democrats of putting “your own political interests ahead of the lives, safety and fortunes of your own citizens.”

Both Democrat leaders rejected Trump’s offer of federal help, with Lightfoot responding that she does not “need leadership lessons from Donald Trump.”