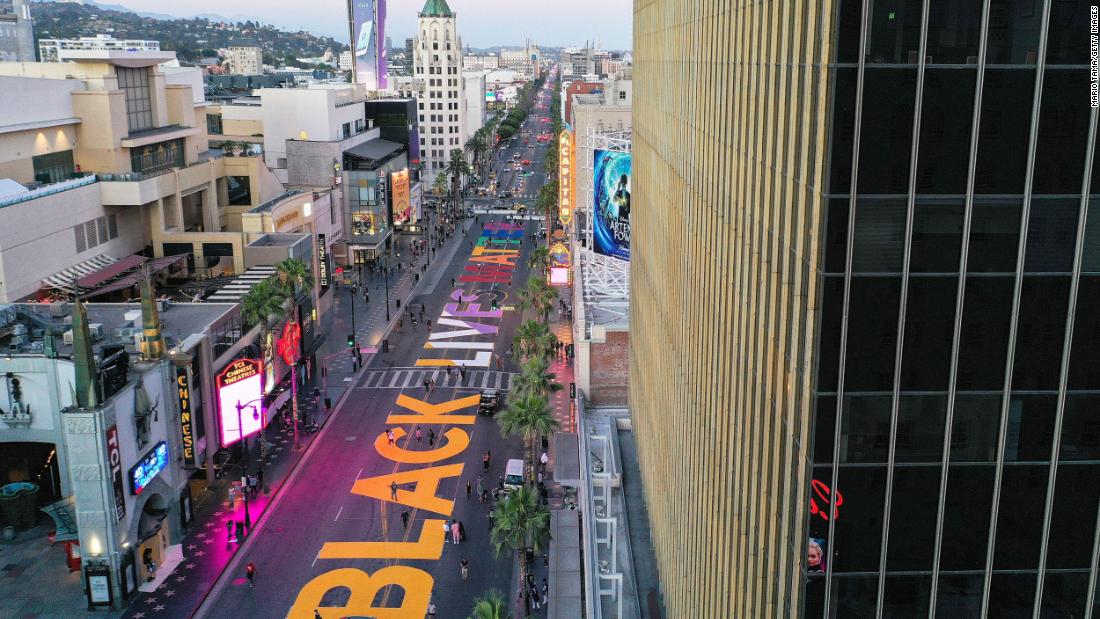 As much even as we have been here before — with protests and demands change — right now feels different on so many levels.

In the midst of a rapidly evolving culture, we’ve started this newsletter by yours truly. We’ll be popping into your inbox with the latest entertainment happenings and how they reflect these times, once we all have to step up and stand up for what’s right.

The death of George Floyd did not just break hearts, it seems to actually be spurring visitors to action.

Even in Hollywood, the land of make believe, people are getting real about racism.

Just this week Jimmy Kimmel apologized for performing in blackface and both “30 Rock” and “Scrubs” pulled episodes containing scenes with blackface.
Seriously though, who ever thought blackface was funny? Apparently, most of Hollywood because individuals have STILL been doing it.

Perhaps you can forget.

More than 300 performers and execs with the Hollywood4BlackLives initiative are calling on the industry to put some work into being anti-racist by investing in the careers of Black people working in entertainment, in addition to the Black community.

The initiative is really a part of the BLD PWR organization founded by actor/activist Kendrick Sampson, who currently stars as Nathan on the HBO series, “Insecure.”

Nathan is that cutie many viewers are pulling for to win back Issa’s heart on that show, but in real life Sampson is a passionate activist who was beaten with a baton and shot by rubber bullets during a recent demonstration in Los Angeles.
Also this week, Jenny Slate and Kristen Bell announced they were leaving their roles on animated series to produce way for actresses of color.

People do not willingly wreak havoc on their coins unless they truly are serious about making a change.

Legendary country stars The Dixie Chicks have dropped the “Dixie.”

While the “Dixie” part denotes the glory of the South with a, let’s just say “the good ol’ days” weren’t so excellent for all. The Chicks — as they will now be known — are keeping pace with the winds of change.

Kind of like the newly contextualized “Gone With the Wind,” which came ultimately back to HBO Max this week with a disclaimer regarding the classic film’s inadequate portrayal of “the horrors of slavery” and two extras about why the film was pulled from CNN’s sister streaming service in the first place.

Get in to ‘The Zone’

My colleague Brian Lowry has a look at the second season of “The Twilight Zone” reboot, which drops Friday on CBS All Access.

I loved his exploration of the original series and how it “dealt with issues that resonate to this day.”

“Those include, in no particular order, racism, loneliness, the fragile nature of society, and the enduring notion that the biggest threat to humanity is usually what we tend to do to ourselves,” Lowry wrote.

Personally, 2020 feels as though the “Time Enough at Last” episode, which aired in 1959 and centered on a bookworm who thought he previously it made after that he survives a nuclear blast that will allow him to help you to read all he wants — until he inadvertently destroys his glasses which leave him unable to see.

Nothing made me happier this week than the story of Augie, who at 20 has become the oldest living Golden Retriever ever.

This isn’t an entertainment story, but it ought to be because surely someone has already been working on a screenplay about the charmed and charming life of Augie.

If no-one is, reach working on that and don’t forget to add a cameo for the CNN writer who inspired your project.

There’s a great deal of good viewing to check forward to in July, but it all pales in comparison to “Hamilton” streaming on Disney+ starting July 3.

For all of us who weren’t fortunate enough to snag tickets to the actual Broadway show, who grudgingly “liked” those Instagram photos of our friends’ “Hamilton” programs and sang the lyrics to the soundtrack off key in their car without context for the actual action, NOW COULD BE OUR TIME FOR YOU TO SHINE!!!

Go ahead and say it with me: This is “My Shot.”

Pop back a few weeks to see what else we’re going on about. Until then, keep it popping.

Get back on trains and buses as government prepares to ease restrictions on public...

Get back on trains and buses, workers told, as government prepares...

Sun Belt states already struggling with rising COVID-19 infections and deaths are having to suffer through a comprehensive heat wave through the weekend...
© Copyright 2020 - reporter.am