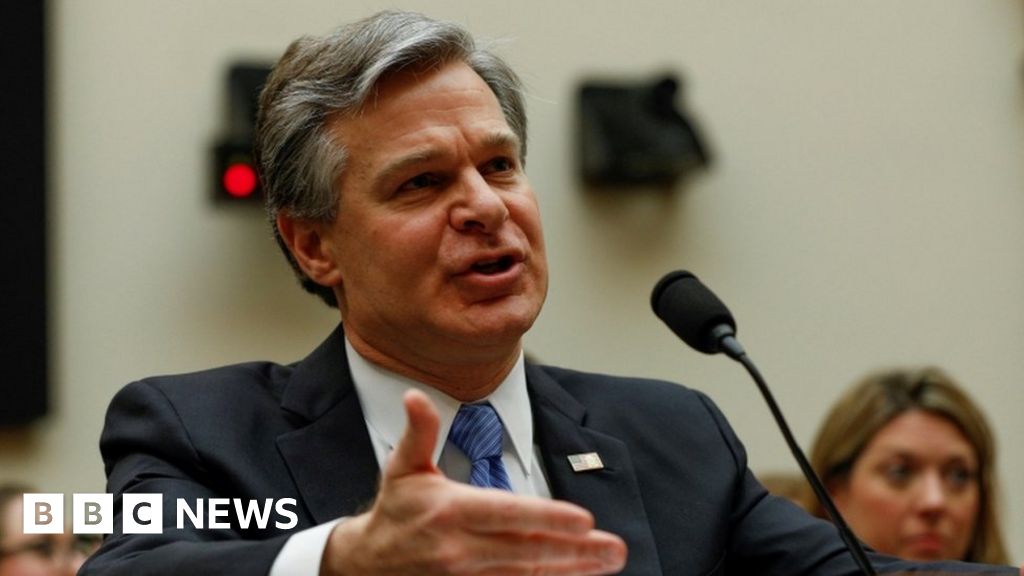 The director of the FBI has said that acts of espionage and theft by China’s government pose the “greatest long-term threat” to the continuing future of the US.

He said China had begun targeting Chinese nationals living abroad, coercing their return, and was working to compromise US coronavirus research.

“The stakes could not be higher,” Mr Wray said.

“China is engaged in a whole-of-state effort to become the world’s only superpower by any means necessary,” that he added.

In a nearly hour-long speech on Tuesday, the FBI Director outlined a stark picture of Chinese interference, a far-reaching campaign of economic espionage, data and monetary theft and illegal political activities, using bribery and blackmail to influence US policy.

“We’re talking about political rivals, dissidents, and critics seeking to expose China’s extensive human rights violations,” he said. “The Chinese government wants to force them to return to China, and China’s tactics to accomplish that are shocking.”

He continued: “When it couldn’t locate one Fox Hunt target, the Chinese government sent an emissary to visit the target’s family here in the United States. The message they said to pass on? The target had two options: return to China promptly, or commit suicide.”

This is not initially FBI Director Christopher Wray categorised China as a “top intelligence threat” for the US, but on Tuesday that he ramped up the criticism by focussing on Beijing’s “whole-of-state effort” to become the world’s only superpower.

It obviously signals that Washington now sees Beijing not only being an aggressive adversary, but also an ambitious contender for world wide leadership.

Since the Covid-19 outbreak in the US, the Trump administration have unleashed anger over China from its initial response to coronavirus, economic espionage to Hong Kong’s new national security law. Mr Wray’s remarks are among a series of hard-hitting speeches by senior US officials on the topic.

The Trump administration says it’s now time to awaken from the 40 years of policy failures in regards to China, while critics see this as an attempt to deflect attention from the president own failures in office and to increase his chances of winning re-election.

What’s certain is that the energy dynamics between China and the US have necessarily shifted, no matter who’ll be the next US president, the tense standoffs of Sino-US relations will inevitably continue.

In the unusual address, Mr Wray asked Chinese-born people residing in the US to contact the FBI if Chinese officials target them seeking their get back.

The Chinese government has defended this programme previously, saying it is section of a legitimate anti-corruption effort.

The threat posed by China will be further addressed by the US attorney general and secretary of state in coming weeks, Mr Wray said.

The address comes amid heightened tensions between the US and China.

US President Donald Trump has been highly critical of China amid the coronavirus outbreak, repeatedly blaming the country for the world wide pandemic. In another move, Secretary of State Mike Pompeo said this week that the administration was looking at banning Chinese apps – like the hugely popular TikTok.

The apps “serve as appendages of the Chinese Communist Party’s surveillance state”, he said.

Donald Trump has actually bought ByteDance to divest TikTok within 90 days, in a relocate to safeguard US security that will put more...
© Copyright 2020 - reporter.am