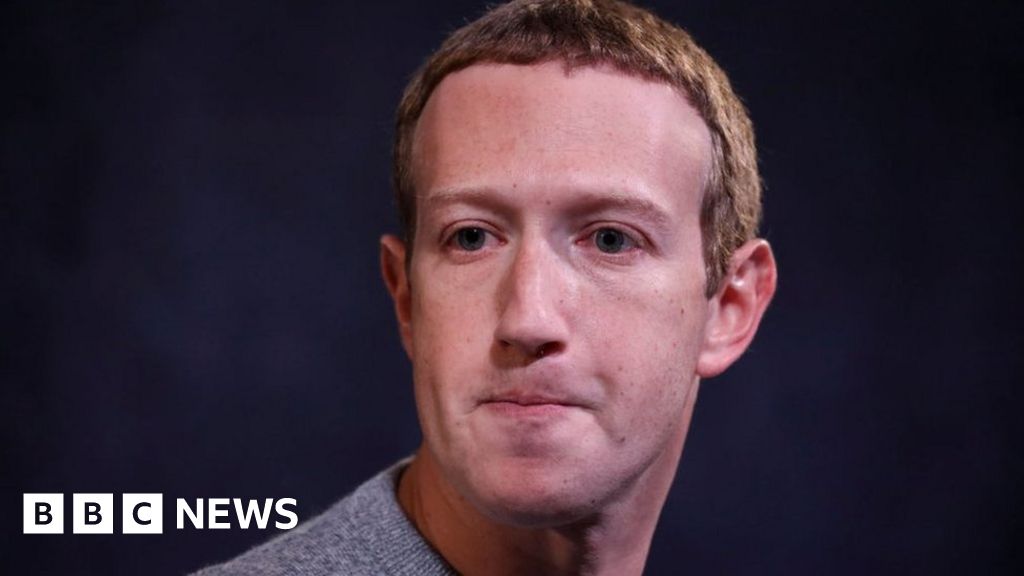 Facebook has said it’s going to start to label potentially harmful posts that it leaves up for their news value.

The more hands-on approach comes as the social networking firm faces growing pressure to simply take stronger action to moderate the content on its platform.

More than 90 advertisers have joined a boycott of the website, including consumer goods giant Unilever on Friday.

“Continuing to advertise on these platforms at this time would not add value to people and society,” the maker of Dove soap and Ben & Jerry’s ice cream, said.”We will revisit our current position if necessary.”

In a speech on Friday, Facebook boss Mark Zuckerberg defended the firm’s record of taking down hate speech.

He pointed to a European Commission report this month that found Facebook removed 86% of hate speech this past year, up from 82.6%.

But that he said the firm was tightening its policies to “address the reality of the challenges our country is facing and how they’re showing up across our community”.

In addition to introducing labels, Facebook will ban adverts that describe people from different groups, predicated on factors such as race or immigration status, as a threat, that he said.

“A handful of times a year, we leave up content that would otherwise violate our policies if the public interest value outweighs the risk of harm,” he said. “Often, seeing speech from politicians is in the public interest, and just as that news outlets will report exactly what a politician says, we think people should generally have the ability to see it for themselves on our platforms.

“We will soon start labelling a number of the content we leave up because it is viewed as newsworthy, so people can know when this is the case,” that he said.

He added that Facebook would remove content – even from politicians – if it determines that it incites violence or suppresses voting.

Twitter has recently taken some steps, including banning adverts from politicians and adding labels and warnings with a kinds of content.

“We have developed policies and platform capabilities designed to protect and serve the public conversation, and as always, are committed to amplifying voices from under-represented communities and marginalized groups,” said Twitter executive Sarah Personette.

The “Stop Hate for Profit” campaign was started by US civil rights groups after the death of George Floyd in May whilst in police custody. It has focused on Facebook, which also owns Instagram; and WhatsApp and this past year attracted advertising revenue of almost $70bn (£56.7bn).

The organisers, which include Color of Change and the National Association for the Advancement of Colored People, have said Facebook allows “racist, violent and verifiably false content to run rampant on its platform”.

Color of Change president Rashad Robinson said the steps announced by Mr Zuckerberg showed a “failure to wrestle with the harms [Facebook] has caused on our democracy & civil rights”.

“If this is the response he’s giving to major advertisers withdrawing millions of dollars from the company, we can’t trust his leadership,” he wrote on Twitter.

More than 90 businesses including Verizon and Patagonia have joined the campaign, according to a listing by ad activism group Sleeping Giants, one of the organisers.

Nicole Perrin, analyst at eMarketer, said it will likely be difficult to look for the financial impact of the boycott on Facebook, given the significant changes in advertising amid the pandemic.

But she said Unilever’s announcement was significant, noting that the firm was dropping the ads for longer than called for, and on more platforms.

“That suggests a deeper problem with user-generated content platforms, as divisiveness is to be expected on any such platform that allows political expression,” she said.

After Libya, will Turkey defeat the UAE in Yemen? – Middle East Monitor

How Hyatt’s CEO is leading with empathy through COVID-19 and a corporate reckoning with...

Our objective to assist you browse the brand-new regular is sustained by customers. To delight in unrestricted access to our journalism, subscribe today Hyatt...

Russian President Vladimir Putin chairs a conference concentrated on the assistance to the air travel market and the air transport at his nation...

Artsakh has actually reported no new coronavirus infections in a 24- hour duration. The nationwide infection tally stands at 251. 4 more clients have actually...

Morbidelli led for the first 12 laps of Sunday's Brno race on his Petronas Yamaha, prior to eventually taking his first podium...

But last month, Tarleton, a 52- year-old previous nurse, picked to do it once again, making her the first American and just the...
© Copyright 2020 - reporter.am