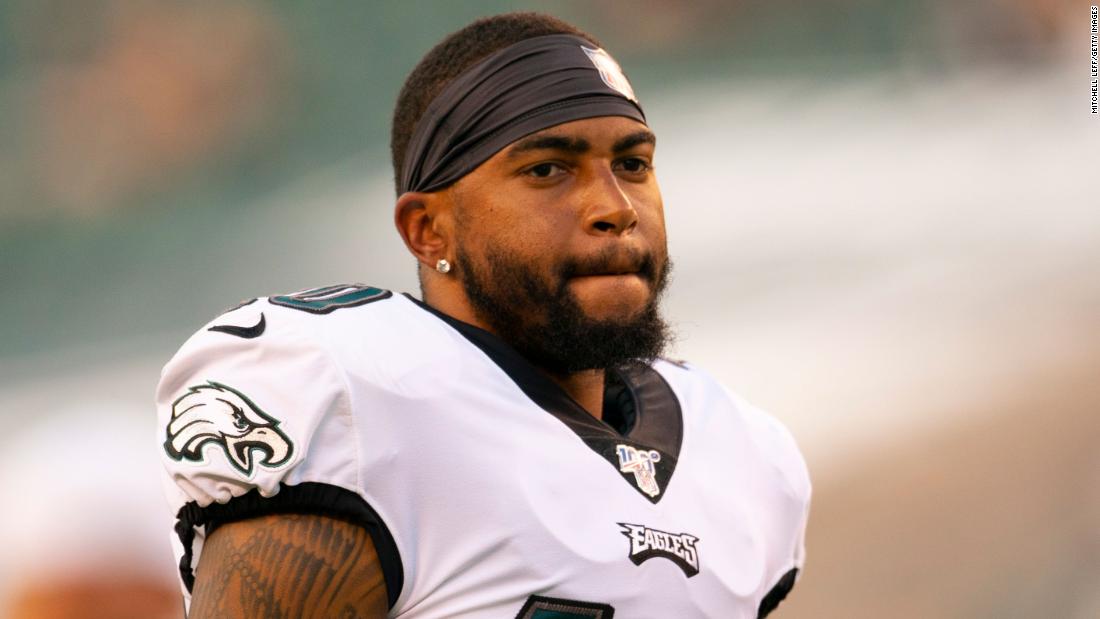 Jackson posted a passage to his Instagram Story that claimed to quote Hitler in saying that Black people were “the real Children of Israel,” and that White Americans would be terrified to know they’ve been “mistreating and discriminating and lynching” them, screenshots published by the Philadelphia Inquirer and other publications show.

According to Snopes.com, the passage is often quoted by those arguing that Hitler had not been racist.

Jackson later wrote that his original post was misinterpreted, based on screenshots taken by various news companies. However, in a different post, he shared a specific paragraph referencing a Jewish want to “extort America” and achieve “world domination.”

NBC Sports and other outlets reported he also shared a clip from a speech made by Louis Farrakhan, the Nation of Islam leader who has been widely criticized to be anti-Semitic. In the speech, Farrakhan accused Dr. Anthony Fauci and Bill Gates of attempting to “depopulate the Earth” with a coronavirus vaccine.
Jackson addressed the backlash in a video posted on his Instagram on Tuesday.

“I just want to first off extend an apology on behalf of me and what I stand for, because you know, I’m one that’s fair and I never want to put any race down or any people down,” Jackson said.

He also said that he regretted posting about Hitler at all.

“I really didn’t realize what this passage was saying,” Jackson said in a statement on Instagram. “Hitler has caused terrible pain to Jewish people like the pain African-Americans have suffered. We should be together fighting anti-Semitism and racism. This was a mistake to post this and I truly apologize for posting it and sorry for any hurt I have caused.”

Jackson’s comments were fiercely criticized, and advocacy organizations called on him to learn more in regards to the history of anti-Semitism.

“Deeply troubling to see @DeSeanJackson10 promoting the message of notorious antisemite and NOI leader Louis Farrakhan. We have reached out to the @Eagles about this and call on Jackson to immediately apologize,” the Anti-Defamation League of Philadelphia tweeted on Tuesday.
The Philadelphia Eagles addressed the incident soon after, saying that the organization had spoken to Jackson about his posts.

“Regardless of his intentions, the messages shared were offensive, harmful and absolutely appalling,” the Eagles’ statement said.

“They have no place in our society, and are not condoned or supported in any way by the organization,” the statement continued. “We are disappointed and we reiterated to DeSean the importance of not only apologizing, but also using his platform to take action to promote unity, equality, and respect.”

The Eagles added that the organization would continue to monitor the situation and would simply take appropriate action.

The NFL also weighed in on the situation, saying they were in touch with the Eagles.

“DeSean’s comments were highly inappropriate, offensive and divisive and stand in stark contrast to the NFL’s values of respect, equality and inclusion,” the league said in a statement to CNN.