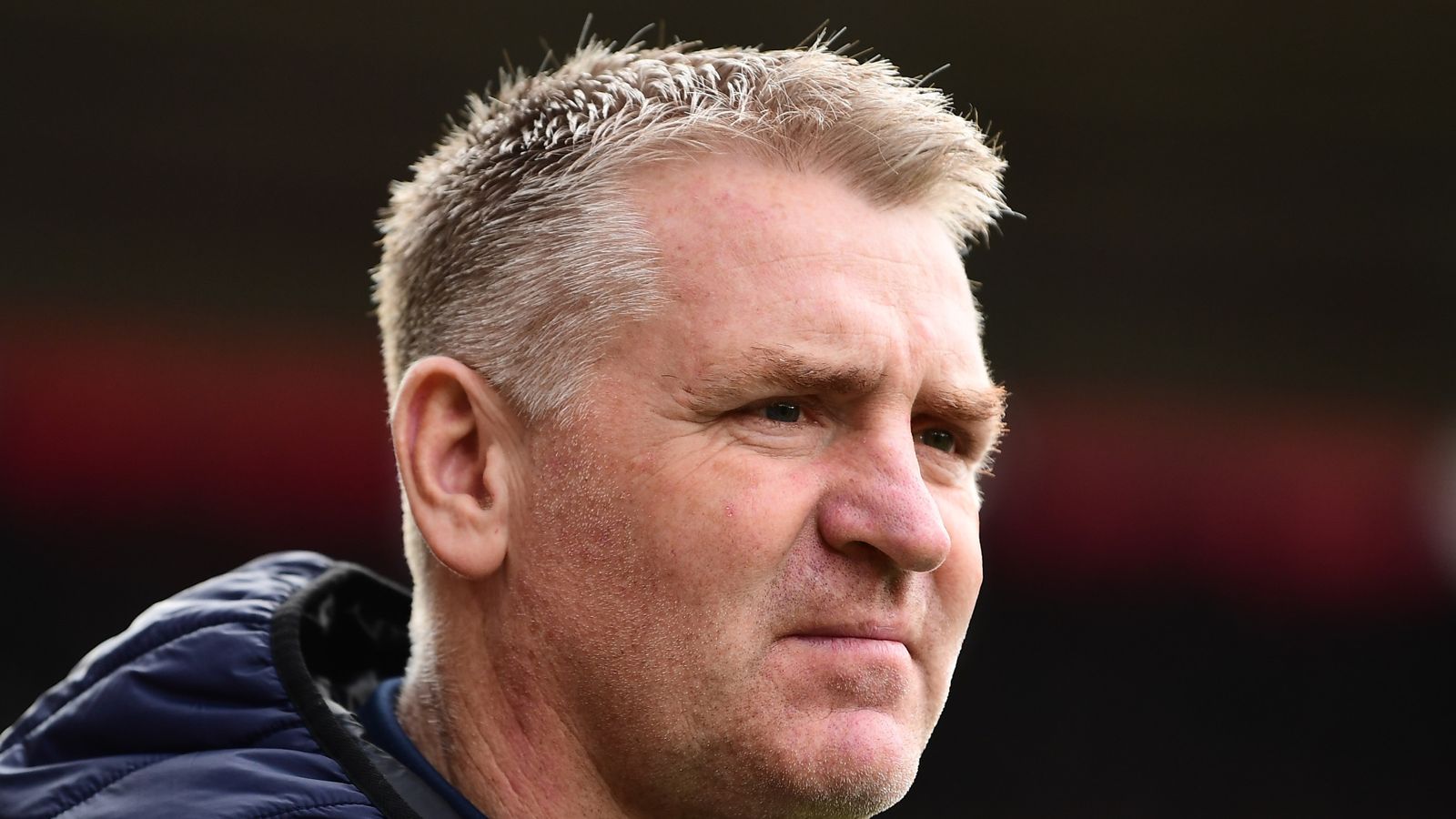 Aston Villa boss Dean Smith insists his side will being ‘going all out’ to beat West Ham United this weekend to guarantee their Premier League survival.

Victory over Arsenal on Tuesday evening meant Villa moved out of the relegation zone, sitting level on points with 18th-placed Watford but with a one-goal advantage.

It means Villa’s Premier League status is in their own hands as they travel to face West Ham in Sunday’s final round of fixtures while Watford are at Arsenal.

And although Smith will keep an on eye on results elsewhere, he is not prepared to take any risks by looking to rely on others doing his side a favour.

On the final day permutations, Dean Smith said: “It means we control our own destiny and that’s what we wanted to have going into the last game.

“It was looking unlikely a few weeks ago but we won games and other results went our way so we’ve ended up above the dotted line at the moment.

“But the most important thing is to be above that dotted line after Sunday’s games.

“Our entire focus will be on trying to beat West Ham, we will be going all out to win.

“We can’t think about other matches because we are not in control of them but we will be mindful come the last 10, 15 minutes because it can change the game.”

‘It’s tournament football – and Villa are good at that’

After nine matches in a hectic five-week period, Aston Villa’s Premier League status comes down to just one game.

Smith has readily classed the post-Lockdown fixtures as ‘tournament football’ – something his side have been adept at over the past 12 months.

“We’ve been good in the cup competitions, getting to the League Cup final and winning the Play-Off final last season,” Smith added.

“So we’ve got some knowledge and feeling of how it is going to be on Sunday but we still have to be mindful of other games as well and we have a few What If scenarios in our minds to react to.”

The summer transfer window will run for 10 weeks from July 27 and close at 11pm on October 5. A domestic-only window for trades between the Premier League and EFL then runs from October 5 and closes on Friday October 16 at 5pm. Follow all the news and analysis on Sky Sports News and across Sky Sports’ digital platforms.

Playing His Sixth Event in a Row, Brooks Koepka ‘Flat’ During Opening 72

Tropical Storm Josephine has just become the earliest “J” storm on record to form in the Atlantic Ocean — signaling that we could be...

Mickey Guyton returns to country music with focus on her Black identity amid ongoing...

The six-song EP entitled “Bridges,” coming out onSept 11, consists of "What Are You Gonna Tell Her," a pointed review of the barriers...

Google might not release Pixel 5, only the XL variant

Everyone was hoping that after the Pixel 4 frustration, Google will have taken things seriously with the Pixel lineup however after finding out...

You can currently see it, like some preordained fate. In the veep debate presently arranged for October 7th at the University of Utah,...

Playing His Sixth Event in a Row, Brooks Koepka ‘Flat’ During Opening 72

Brooks Koepka would choose to have today off. He's playing his sixth competition in a row and is coming off back-to-back weeks in...

Why Joe Biden picked Kamala Harris as his VP

Ever since former Vice President Joe Biden announced he would be choosing a woman as his VP candidate, speculation ran rampant about who it...
© Copyright 2020 - reporter.am