According to the COVID tracking project, till Friday, 3.6 million people in the U.S. have been tested across the nation. This raises concerns as according to Harvard University researchers what we need is triple the number of tests done per day.

As we near the time to re-open the economy, widespread testing remains the quintessential element. From 146,000 people on average per day, the testing needs to rise to 500,000-700,000 a day as per Harvard reports.

Another information that sounds depressing is that around 20% of the people tested have turned out to be positive. If this is the scenario, then there’s a huge number among the population who are infected yet have not been tested, warns Ashish Jha, director of Harvard Global Health Institute. 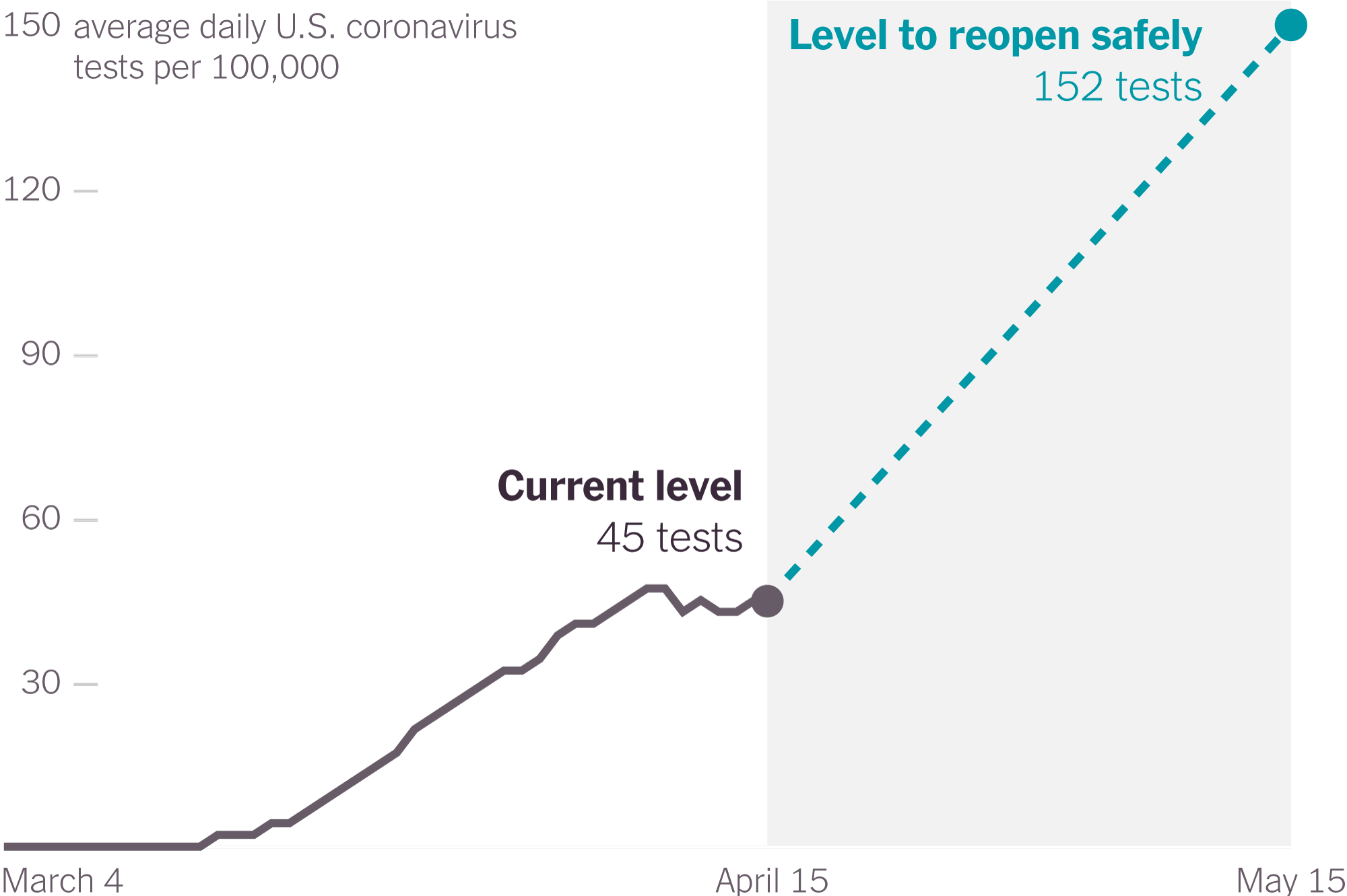 The goal should be to test each and everyone and not just a certain section of people with severe symptoms or healthcare workers.

Amidst all this, a shortage of kits, protective equipment and healthcare workers has further delayed widespread testing. With the above 695,000 COVID-positive cases till Friday, the country can’t afford further spread.

The nation can’t think of getting back on track by re-opening the economy until they flatten the curve and identify and isolate the infected from the healthy crowd.

COVID-19: WHO chief concerned about ‘tsunami of cases’ from COVID-19 variants

Coronavirus and networking: How make professional contacts as we head into the 3rd year of isolation

What investors should be thinking about in 2022 amid supply chain issues, inflation, and Omicron

Tesla deliveries surged 29% in May after April sales slump