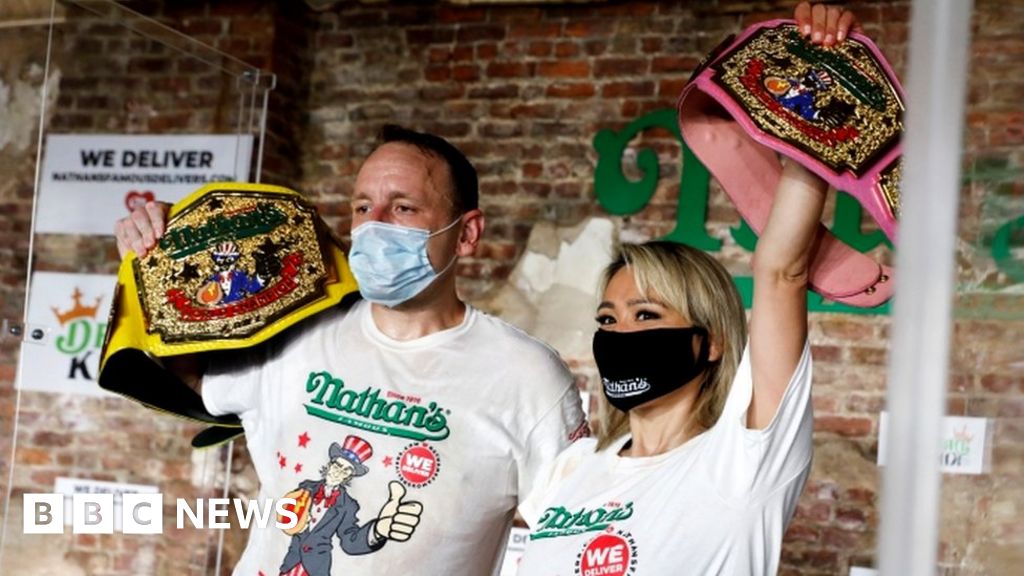 Coney Island in america has hosted a special socially-distanced version of an annual hot dog eating contest amid the coronavirus pandemic.

New records were occur both the men’s and women’s categories at the climate-controlled indoor event in Brooklyn, New York City, on Saturday.

The contest is usually held outdoors and is watched by a large number of people lining the beach.

Speaking ahead of the competition on Saturday, Ms Sudo, 35, said she was unsure how she would perform in an air-conditioned setting.

“To be honest I’m a creature of habit, so having any unknown variables might throw me off,” she said.

Mr Chestnut, 36, said the protective measures in place were “super weird”, adding: “One of the best things about this contest is the energy and the energy the audience brings. There’s been years where I don’t feel my best and the audience pushes me.”

While Mr Chestnut has won the men’s category on 13 occasions, there was an upset in 2015 when he came second to competitor Matt Stonie.