Colby Cave, an ex-Bruins center and Oilers forward, passed away this Saturday morning. He was suffering from internal bleeding in the brain and was put into an induced coma. There was an emergency surgery that he went through early this week. The man passed away at the age of just 25.

His wife, Emily, is quite shocked after hearing the news. Colby was loved by everyone and even the hockey community has passed on their respect to this amazing sportsperson.

Cave was signed by the Bruins through a free agent after he showed a lot of promise in his junior career with the Swift Current Broncos. With the Bruins, he made his NHL debut, back in December 2017 and even scored a goal, winning over the Canadien crowd. He earned a lot of praise from Bruce Cassidy, the head coach of Bruins, who found Cave a genuine person who works really hard on his game. He even listened to his coach and hence, earned respect for centering the top line of Boston against a worthy opponent. 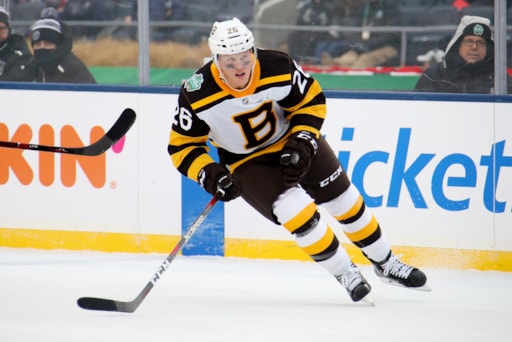 His praise and fame was well-deserved. Bruins felt his absence when he left through a waiver claim from the Oilers. Bruce Cassidy remembers the good times he spent with Cave, praised his dedication and felt glad that they had met. He sends his condolences to Emily and Cave’s family members.

He says: “We are keeping you in our thoughts and sending you strength and love during this unimaginable time.”

Erdogan asked for the support of the Armenian community of Turkey in the normalization...

The complaint of the Prosecutor’s Office against the acquittal verdicts in the case of...

The pregnant woman who was run over did not obey the policeman, planted her...

DC Fighting Game ‘Injustice: Gods Among Us’ is Free for PS, Xbox and PC

“Join the protests at 08:00 in the morning” ․ Ishkhan Saghatelyan announced that...

Tomorrow morning from 08:00 we will continue the protests, peaceful disobedience actions, Ishkhan Saghatelyan, one of the representatives of the opposition, announced during the...

Producer Armen Grigoryan has been arrested

The court made a decision on the precautionary measure of producer Armen Grigoryan. Armen Grigoryan was detained for two months. It should be reminded that...

“At the moment we consider the main part of our demands satisfied” ․ ...

After the meeting with the Chief of Police, the representative of the opposition Ishkhan Saghatelyan announced that the main part of the presented demands...

Garik Galeyan was given a signature not to leave as a precautionary measure ․...

"According to the combination of sufficient evidence obtained within the framework of the criminal case under investigation in the case of illegal entry into...