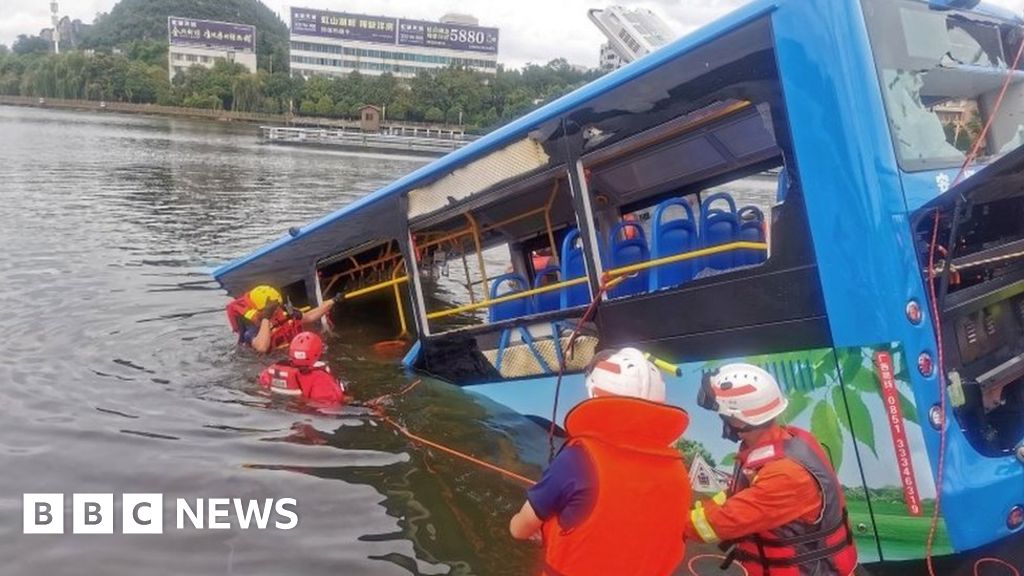 At least 21 people have died and 15 injured following a bus plunged into a reservoir in China.

The vehicle was travelling on a bridge on Tuesday in Anshun, Guizhou province when it crashed via a roadside barrier and fell into the water.

Those on board reportedly included students who were scheduled to just take the “gaokao” university entrance exams, state media said.

The reason behind the crash is currently under investigation.

The driver, who’s among the dead, had wokred on this bus route since 1997, Xinhua said.

It’s unclear just how many people were on the bus at the time and how many of the were students.

The bus was taken from the water on Tuesday afternoon.

Guizhou Fire Department confirmed on its Weibo page late on Tuesday that the search and rescue effort was continuing. About 141 fire rescue personnel, including 19 divers are currently active in the effort, according to the fire department.

Other rescue organisations such as the police and public security are also active in the operation.

Video footage from the incident shows the bus moving slowly traveling before making a rapid left turn, crossing over six lanes of a dual carriageway, breaking through the safety barrier and crashing into the water.

About eleven million Chinese students are taking the two-day “gaokao” college exam which was postponed by a month because of the coronavirus pandemic.

The examinations are noticed as a make-or-break opportunity, especially for those from poorer families, in a country where a degree is key to obtaining a good job.