The Caption, cheerful as ever, addressed in his comment, “Why not sing, spread some cheer and again- raise money for our national heroes.”

The war veteran had started this fundraising for the NHS healthcare workers against the promise of taking 100 laps of his garden. His initial target was £1,000. But this just got big. With over 868,000 people donating to his page called JustGiving, he has been able to raise £22 Million, as of today. 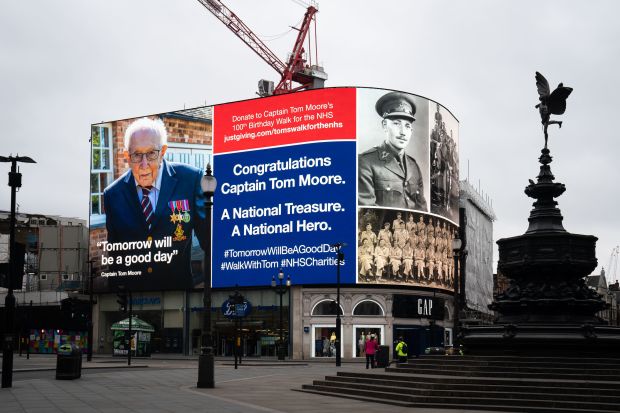 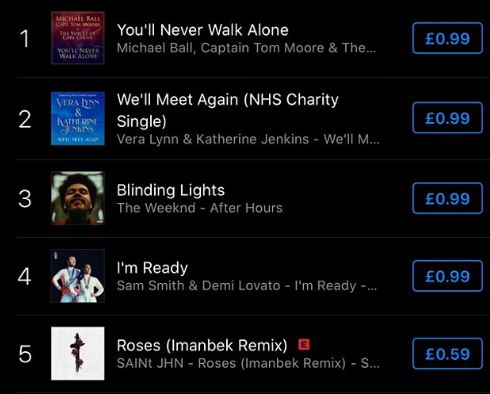 He is not to give up just yet. Further, he promises to take 100 turns more before his 100th birthday on the 30th of April.

Change.org is all set to get the Captain his due. A petition is on the line for a knighthood for the Captain. To add to this, personalities like Boris Johnson and Prince William themselves have praised the veteran for the love for his country.

For his birthday, Biggin Hill Heritage Hanger Company plans to rebuild a Spitfire as was used during WWII and arrange for a flight for Tom.

PM’s spokesperson also announced this week, “He has embodied the spirit of the country. He has demonstrated a lifetime of bravery and compassion. The PM will be looking at ways to recognize Tom and his efforts.”

How big tech is expanding in Africa

President of Malawi: We are not a ‘dumping ground’ for expired vaccines

Watch Obama at the DNC: Trump uses the office for himself

Opioid deaths among black Americans are rising at a faster rate than any other...

A criminal group originating from Russia named "DarkSide" is believed to be responsible for a ransomware cyberattack on the Colonial Pipeline, according to a...
© Copyright 2020 - reporter.am