Governor of California, Gavin Newsom announced that California is to arrange for a $125 million fund for immigrants who are undocumented and also ineligible for any privileges under the CARES Act scheme.

California is the first state to take such a step. As per Newsom, 10% of California’s workforce is undocumented immigrants.

At a press conference, Newsom said, “I’m proud as governor to be the first state to announce a program for direct disaster assistance to [undocumented immigrants].” 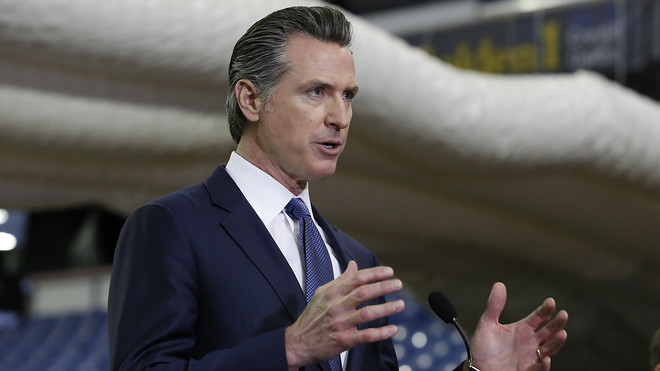 He further gave a vote of thanks to all those who are facing ‘fear of deportation’ but have not stepped back from fulfilling the essential needs of the citizens.

As per reports, out of $75 million to be put up by the state,$50 million has been assigned for philanthropy, $500 for financial help and $1000 for households.

The state is reaching out to the unemployed as well. Reportedly 2.7 million unemployed individuals have registered for unemployment insurance in the last 30 days.

“We are fighting for the homeland, and every price is worth paying for that...

Trump berates female reporter as he continues attacks on media

The West intends to go to war “until the last Ukrainian.” Shoygu

Grubhub's idea was ambitious: on Tuesday, during lunch hours, it will feed everybody in New York City and the neighboring Tri-State area for free....

“We will continue our struggle from tomorrow morning” ․ Ishkhan Saghatelyan presented the...

"We have been continuing our struggle since tomorrow morning," said Ishkhan Saghatelyan, a member of the opposition, during a rally in France Square. He informed...

“I appeal to the people with whom Pashinyan will meet ․ The 6...

"We have clearly stated that Nikol has no mandate for the people to conduct any negotiations on behalf of the Republic of Armenia," said...
© Copyright 2020 - reporter.am