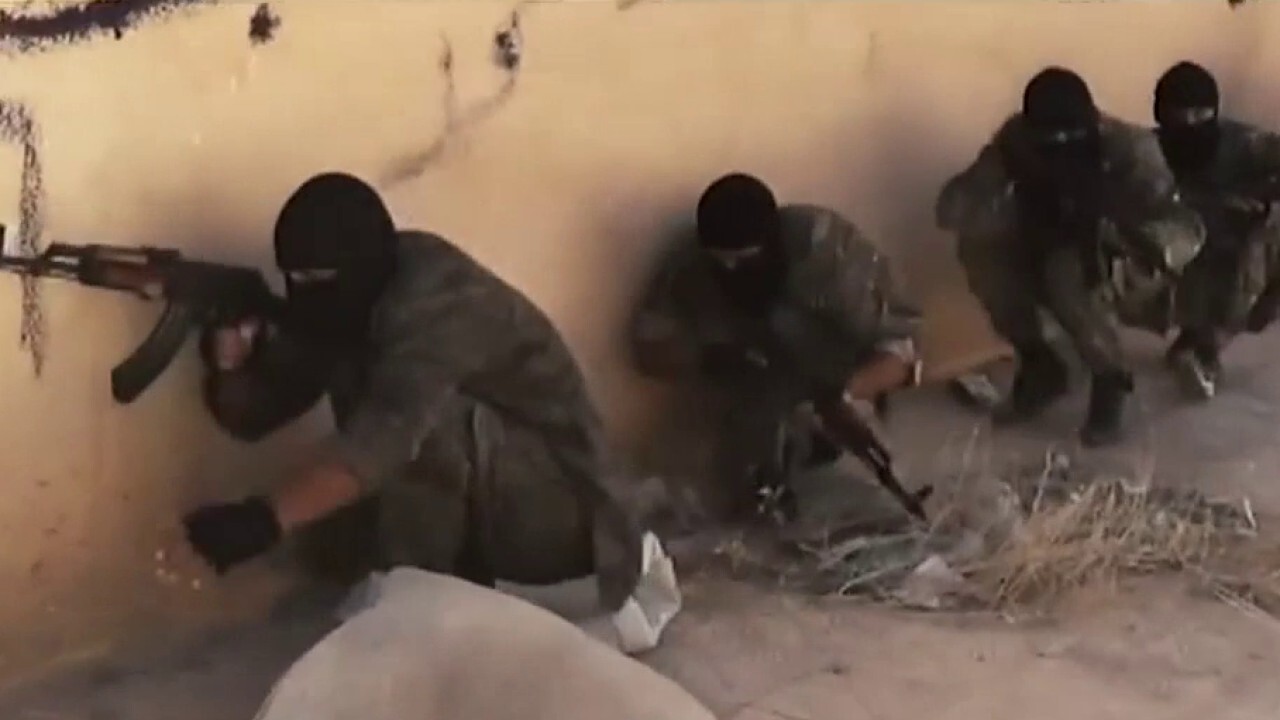 From the 1970s on, terrorist attacks increased in number, even as death tolls in the bloodiest incidents escalated from the tens to the hundreds to the thousands. That terrorists would eventually acquire biological or nuclear weapons capable of killing tens of thousands was seen as inevitable — “not if, but when,” to use the well-worn phrase.

But looking back from 2020, 9/11 turned out to be a statistical outlier — a high point in death and destruction rather than an indicator of worse to come. Terrorist attacks continued after 9/11, but with casualties at pre-9/11 levels.

By focusing on the pinnacles of terrorism past or the doomsday apprehensions of terrorism future, we overlook some of the tectonic developments.

Instead of the vertical escalation anticipated after 9/11, we have seen a “horizontal escalation” — the proliferation of low-level attacks. Indeed, terrorism has become so widespread, repetitious, and familiar in the 21st century that we are almost inured to its effects.

Following the wave of terrorist attacks in the late 1970s, a group of analysts at the RAND Corporation, including me, looked at military arsenals to anticipate which sophisticated weapons terrorists might acquire and use.

One of our major concerns, for example, was shoulder-fired, surface-to-air missiles with precision-guided munitions. In the hands of terrorists, these could bring down commercial airliners taking off or landing at airports.

But we failed to identify the technology that would have the greatest impact on terrorism — the Internet, still then in its infancy. In fact, terrorism is just as much about communications as weapons. Terrorists have successfully exploited the Internet, and later social media, to communicate with one another and their intended audiences worldwide without any intermediating authority.

Terrorism was an international phenomenon even before the Internet, of course. Plenty of extremists in the late 1960s regarded themselves as vanguards of international movements.

Even earlier generations of anarchist assassins and bomb-throwers in the late 19th and early 20th centuries portrayed themselves as an international movement on behalf of the world’s oppressed.

Terrorists have successfully exploited the Internet, and later social media, to communicate with one another and their intended audiences worldwide without any intermediating authority

But it was the Internet that facilitated the creation of truly global terrorist enterprises. Earlier movements worked hard to recruit allies and supporters abroad, but today’s movements easily create transnational online communities of like-minded individuals.

This has led to a profound shift in terrorist recruiting and tactics. Through the Internet and social media, today’s jihadist groups have been able to reach further, recruit followers remotely, and persuade at least a small number of them to carry out actions.

Remotely inspiring people to carry out terrorist attacks, however, is a low-yield enterprise. In contrast to the 1970s, when anyone trying to join an armed struggle underwent careful vetting to keep out infiltrators and unreliable members, today recruiting is increasingly by exhortation. Membership in the group is offered ex post facto to anyone who carries out an attack.

Digital media may allow terrorist organizations to reach millions, but they also promote vicarious participation. Jihadist groups, notably the Islamic State of Iraq and Syria (ISIS) took advantage of this, pumping out a high volume of written and visual content.

And yet, many online jihadists gratify themselves with gruesome terrorist videos, beat their chests, and hurl threats and boasts; only a small number of them push back from their computer monitors to take action. (When I made a similar observation previously, online operatives of Al Qaeda were offended by the accusation of substandard commitment.)

While potentially lethal, these self-selected terrorists are generally low-quality recruits. Their ideological devotion is thin. They are a particular type of “true believer” — as described by Eric Hoffer in his 1951 book of that name — those who can easily slide from one extremist belief system to another.

Their “indoctrination” reflects internal urges as much as external provocation. Many are driven less by commitment to a cause than by their attraction to violence. (The great appeal of ISIS propaganda was its emphasis on visual atrocities.)

Many recent terrorists have histories of aggression, crime, substance abuse and mental issues. Terrorists are not “crazy” in the clinical or legal sense, but it might be that no bright shining line separates fanatics from the mentally disordered.

In the United States and other Western countries, jihadists, white supremacists, anarchists, involuntary celibates, and others with political grievances or personal discontents comprise floating populations of unmoored malcontents.

The various ideologies in circulation provide opportunities to forge a new identity and participate in an epic struggle. The organization offers wannabe terrorists the prospect of attention, acclaim, approval, applause and acknowledgement. It is an appealing fantasy. Which ones turn to violence, however, will depend mostly on their personal circumstances.

Another attribute of online recruiting is that self-selecting terrorists operate alone or in tiny conspiracies — similar to the concept of “leaderless resistance” popularized by white supremacists in the 1980s.

Large hierarchical organizations like the Ku Klux Klan could be (and were) infiltrated by the authorities. For self-preservation, the organizational model became small cells of people inspired by a common ideology, but independent of one another or a central organization.

Violent anarchists operate in a similar fashion: There is a central idea, not a central command. The 1995 Oklahoma City bombing fits this profile.

Unless they have served in the military or participated in armed robberies, online terrorism recruits have little actual experience in violence. Encouraged by terrorist propaganda to do what they can with resources readily available, they resort to primitive forms of attack — shootings where guns are available, stabbings, ramming crowds with vehicles.

These novice terrorists select easy targets — random violence aimed at killing anyone, anywhere. There is no symbolic value. This is “pure terrorism,” indiscriminate carnage to express personal discontents: “I have killed, therefore I exist. I will be remembered for my deeds.”

Today’s terrorists are looking for opportunities to demonstrate their prowess with slaughter. Propelled by a mixture of personal grievances and psychological problems, with a veneer of ideological motives that justify their violence, they act autonomously, unmoored from central direction.

“No group ordered my attack. I make the decision myself,” wrote the man responsible for killing 51 people at mosques in New Zealand, in his online screed. Mass murderers with manifestos, they compete for high body counts that will attract an audience for their deeds.

For the most part, however, crowd-sourcing terrorism means many small contributions. Terrorist organizations thought they could overcome this through volume. Instead of strategic attacks killing thousands, thousands of small attacks could achieve the same effect.

Small-scale terrorist attacks indeed appeared to have a disproportionate psychological effect on already anxious populations. But the turnout was meager. So whether more small-scale attacks would increase the level of terror — or simply dull the senses — was never tested.

This atomization of violence, in one sense, represents progress. Although the attacks are often lethal and sometimes cause high casualties, driving terrorist activity down to the level of individual perpetrators is an improvement compared with well-organized multi-person attacks. However, it complicates counterterrorism.

Individual actors, relying on primitive methods, are harder to identify by intelligence efforts, and are especially difficult to protect against. In that sense, they are closer to mass shooters. Community-based prevention will not reach them.

Some terrorists — but not all — may be identified by their Internet activity, which is how many homegrown terrorist plots are now uncovered. That raises the perennial question of to what degree the Internet should be left open as a forum for exhibiting (and exposing) hate. On the one hand, it is a channel for incitement. On the other hand, absent an X-ray to the soul, it is often the only window to what potentially dangerous individuals might be thinking.

Terrorist organizations eventually can be defeated through combinations of political measures, legal suppression, and — when necessary — military operations, although the contests could last generations and military victories in the traditional sense remain elusive. Counterterrorism campaigns aimed at terrorist groups will continue.

But resolving political demands or addressing root causes will not likely dissuade today’s self-selecting solo terrorists. These are individual actors answering only to their God: whether seeking to destroy all government, pursuing racial separation or genocidal goals, expressing sexual dissatisfaction, or simply wanting to leave their mark. Military operations are irrelevant. This is a deeper societal problem.

It might even be worth asking whether the terrorism challenge to come may be to educate society that there is a level of violence and even death that a resilient society can tolerate — and that more intrusive preventive measures could have unintended consequences, including the further erosion of democracy as we see in nations determined to tighten social control.

Israel and the UAE have established ‘full normalization of relations,’ Trump says

Solar and wind power as a share of global electricity has doubled since 2015, according to a new report by climate-focused think...

Dave Allen vs Fabio Wardley? The White Rhino warns: There is ‘no way’ he...

Weekly jobless claims dipped below 1 million for the first time since March. But...

In a pandemic, any incremental improvement is something of a relief. But taking a step back, the numbers are still staggering. On Thursday, the Department...

Per anAug 13 statement from the United States Department of Justice, the authorities have actually taken countless dollars worth of cryptocurrency from over...

You know it's hot when Death Valley, California, breaks high temperature records. A long-duration, dangerous heat event is setting up for parts of the West...
© Copyright 2020 - reporter.am