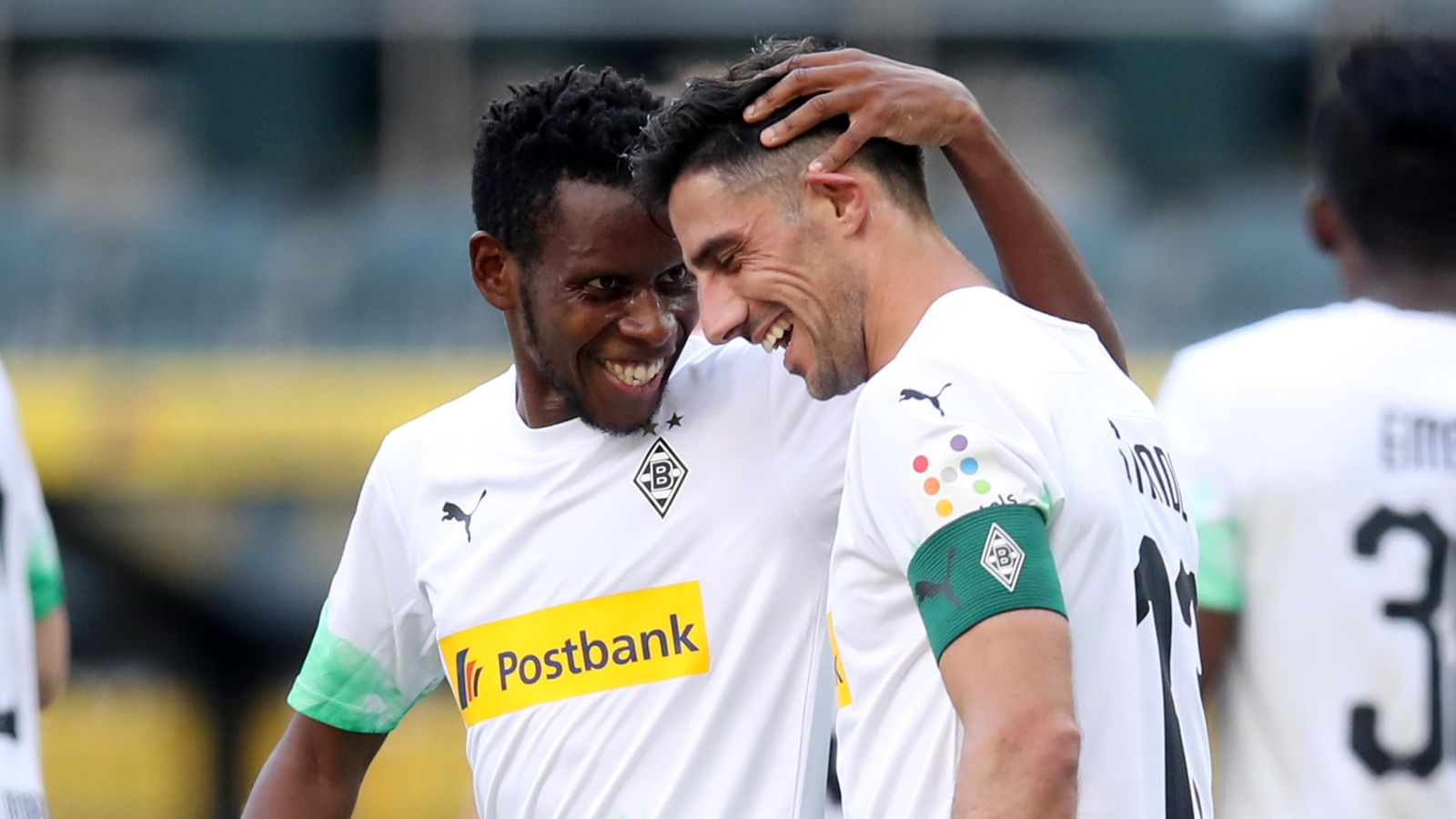 A first-half brace from striker Jonas Hofmann and a second-half strike by Lars Stindl gave Champions League-chasing Borussia Monchengladbach a comfortable 3-0 win over hapless VfL Wolfsburg, lifting them to fourth in the Bundesliga on Tuesday.

Hofmann latched onto a beautiful angled pass from Breel Embolo to fire his first in the 11th minute, and he made it two on the half-hour mark, collecting a lay-off from Matthias Ginter before guiding the ball past the keeper.

Wolfsburg had plenty of possession but their sloppy passing was often punished, and Stindl was able to exploit a mistake in the middle of the field to start a counterattack that he finished himself to make it 3-0 in the 65th minute.

Elsewhere, Paderborn were consigned to relegation after they were beaten 1-0 at Union Berlin.

Hertha Berlin‘s faint hopes of securing a Europa League place next season were all but ended following a 2-1 defeat at Freiburg.

Meanwhile, Arminia Bielefeld secured promotion to the Bundesliga next season after rivals Hamburg SV stumbled to a 1-1 draw against VfL Osnabrueck. The result guaranteed Bielefeld a top-two finish with three games left to play.

Villarreal kept alive their hopes of claiming a Europa League qualifying berth after a first-half goal by striker Carlos Bacca gave them a 1-0 home win over struggling Mallorca in La Liga.

The result lifted Villarreal two places to seventh on 44 points from 29 games, two behind sixth-placed Atletico Madrid who have a game in hand. Mallorca stayed 18th on 25 points as the defeat dented their hopes of avoiding relegation.

Elsewhere, relegation-threatened Espanyol secured a heroic 0-0 draw at Champions League-chasing Getafe on Tuesday after playing most of the La Liga match with 10 men.

Espanyol were almost immediately on the back foot when defender Bernardo Espinosa was dismissed in the 16th minute for appearing to elbow an opponent while waiting for a cross.

Espanyol could even have taken the lead later in the first half when Jonathan Calleri combined with Chinese forward Wu Lei but could only fire straight at goalkeeper David Soria.

The point took Espanyol off the bottom of the table and into 19th place on 24 points, two points from the safety zone. Getafe remain fifth on 47 as they again missed out on the chance to move into the top four having lost 2-1 at Granada last Friday.

The Premier League 2019/20 season will provisionally restart on Wednesday June 17 and Sky, the UK’s leading football broadcaster, will make 25 games available ‘free to air’ – including Everton vs Liverpool on the first full weekend back – for everyone in the UK to enjoy.

Sky Sports will show 64 live Premier League games when the season resumes. In addition to the 39 matches already scheduled to be broadcast exclusively live on Sky Sports before the coronavirus interruption, 25 more matches will be available on both Sky Sports Premier League and Sky’s free-to-air Pick channel, allowing the whole nation to be part of the return of live sport.

To celebrate the return of the Premier League, Sky Sports will also launch a host of innovative new features and updates to give fans an even more immersive experience and share the moments live with family and friends on virtual platforms.

Redmi 9 arrives in India as a rebranded Redmi 9 Prime

Ripple just recently launched a Q2 report, keeping in mind some major modifications relating to XRP, the marketplace, and more. The report kept in...
© Copyright 2020 - reporter.am