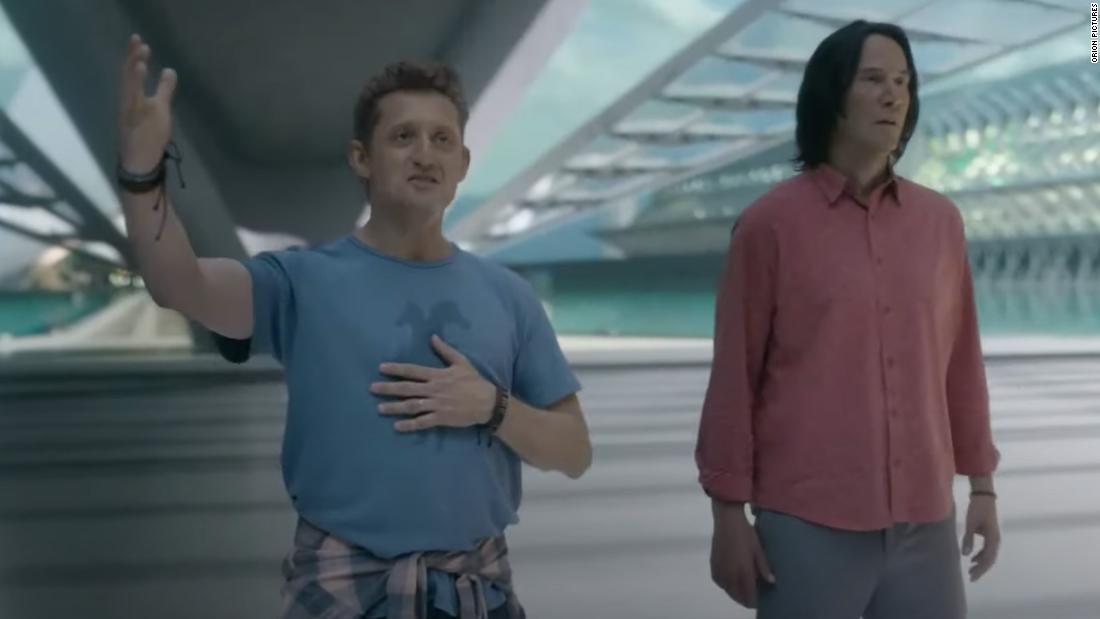 In the first trailer for “Bill & Ted Face the Music,” we see the two have not changed much (besides physically growing older) since their “Bogus Journey.” Failed musicians, the friends intend to travel to the future to steal their very own music and turn their career trajectory around. They start off on the journey “when a visitor from the future warns them that only their song can save life as we know it and bring harmony to the universe.”

Keanu Reeves and Alex Winter have came back to reprise the roles. Dean Parisot directs and the screenplay was published by Chris Matheson and Ed Solomon.

It was announced on Twitter in March 2019 that the latest sequel will be out this August.