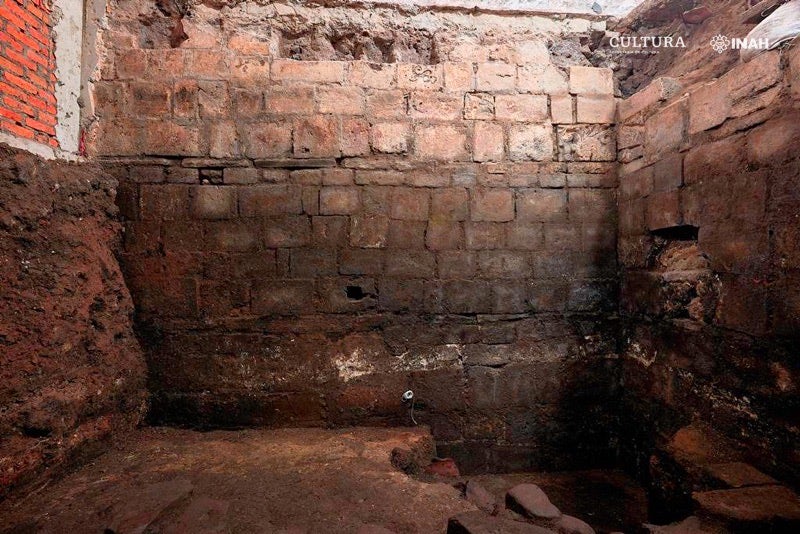 The building was constructed over the remains of the Palace of Axayácatl, who ruled the Aztec city of Tenochtitlan between 1469 and 1481. Excavations in the building’s main courtyard revealed the basalt slabs. “Given its characteristics, the specialists deduced that it was part of an open space in the former Palace of Axayácatl, probably a courtyard,” said INAH, in a translated statement.

CONQUISTADOR SHIP ANCHORS MAY HAVE BEEN DISCOVERED OFF MEXICO

Axayácatl was the father of Moctezuma II, the Aztec ruler killed in 1520 during the Spanish conquest of the Aztec Empire. The palace was used by the forces of conquistador Hernán Cortes when they arrived in Tenochtitlan, according to INAH. “While in that palace, numerous events took place,” INAH explained, in the statement. “For example, they remodeled a room to celebrate mass, and right there, they also held various rulers captive, starting with their distinguished host: Moctezuma Xocoyotzin.”

Part of a room in the house built on Hernán Cortés’s orders. The house is built on the remains of the Aztec palace.
(Photo: Raúl Barrera R./PAU-INAH.)

The Spanish conquest of the Aztec Empire ended in 1521 and Axayácatl’s palace was destroyed.

During their excavation of the National Monte de Piedad, the archaeologists also found the remains of a house built on Cortés’ orders that reused materials from Axayácatl’s palace.

Mexico continues to reveal new aspects of its rich history. Last year, for example, archaeologists discovered two 16th-century anchors off the coast of Mexico that may be from ships used by conquistador Cortés.

A vast array of skulls buried beneath the streets of modern Mexico City has also revealed the grisly details of Aztec human sacrifice.