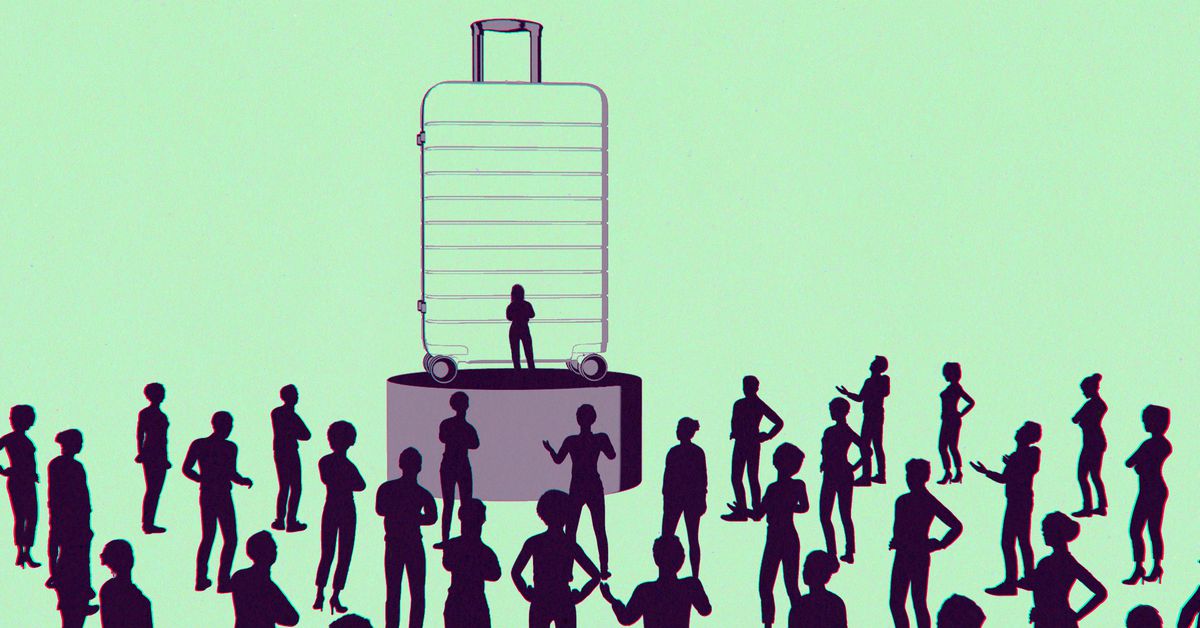 Employees at Away are calling for founder and co-CEO Steph Korey to immediately resign, after a photo of her dressed as a Native American surfaced on Twitter last Friday.

In an anonymous letter to Korey’s co-founder Jen Rubio, and her co-CEO Stuart Haselden, employees wrote: “How many times will we have our jobs disrupted by this woman who clearly has a history of poor judgement? We all have financial stakes in this business and she is putting that into jeopardy for all of us. She is turning Away into an embarrassment. We cannot be complicit any longer. Steph Korey must go.”

It’s the next anonymous letter Away executives have received in recent weeks. The first came after Korey posted a series of Instagram stories attacking the media over how it covers female founders. In response to employee concerns, Rubio and Haselden said Korey would be stepping down as co-CEO in 2020. But after the photo surfaced, employees demanded it happen instantly, and that Korey stop being people face of the company.

On Monday, Korey met with a small grouping of executives to address employee concerns. She admitted she was embarrassed about the photo and comprehended she’d lost trust with her staff. But she also said she wouldn’t be resigning. “All I want to do is make this company successful and help support our people, and I don’t think I’m doing this company or our people a service by throwing in the towel,” she said within an audio recording of the meeting reviewed by The Verge.

Away’s vice president of brand marketing, Alexis Pagis, stressed to Korey that the situation was about significantly more than just a photo. “You talk about maybe losing trust. But I feel, and it’s what I heard from the teams, that the trust was maybe lost not last week, but maybe back in January when you decided to come back,” that he said. “I have a feeling what happened last week was just a match under something that was bigger.”

The January incident Pagis referred to came in the wake of two investigations by The Verge where employees voiced concern over Korey’s management style. Korey apologized and stepped down right after these investigations, then announced she was retaking her post within an article in The New York Times — a decision that blindsided her very own staff and lots of members of the executive team. She has also since deleted her apology on Twitter.

Brendan Lewis, Away’s vice president of communications and corporate affairs, said the move didn’t sit well with employees. “I think another elephant in the room here is why you deleted your first apology,” that he said throughout the executive meeting. “I’m hearing feedback that that apology going up and quietly being deleted at a later time calls into question any subsequent apology that happens there. Direct feedback from my team, and I share this sentiment, is that our jobs are now infinitely harder as a result of the past week. You might be tackling a very important subject, that is media bias against female founders. But inherently, the words you chose, the actions that you did, make it harder for us to talk about the company in any manner that will help drive the business forward.”

Korey’s plan for regaining employee trust, which she distributed to the other executives, includes ending up in people one-on-one to discuss how she can be a better leader. She also said she would sit down with members of Away’s employee resource groups to hear about their priorities.

A person in the leadership team who spoke to The Verge anonymously for fear of professional retaliation voiced doubts this strategy will be successful. “Steph has created a culture of fear. The fact that she thinks virtual coffees and listen and learns will create an environment where junior members of the team will voice the way they feel is crazy and she knows that. This again will help her justify no direct action plan because she’ll be able to say, ‘I met with employees, and everyone had a chance to share their thoughts.’”

Korey along with other members of the executive team were scheduled to address the organization directly all through an all-staff meeting on Tuesday morning. Now, that meeting has been pushed to Friday.