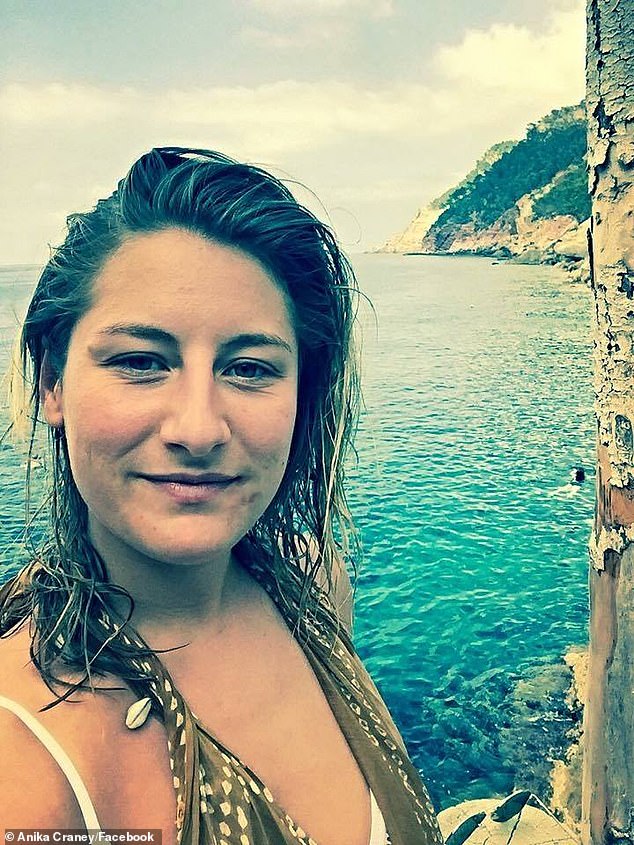 A young woman who was believed to have been attacked by a shark is likely to have been bitten by a different fish altogether, experts say.

Anika Craney, 29, suffered ‘significant leg injuries’ after she was bitten while swimming at Fitzroy Island, near Cairns, at about 12.10pm on Tuesday.

Ms Craney is apart of a seven-member crew working on the Barefoot II vessel who are creating a YouTube series on marine life.

While on a day off, Ms Craney and another crew member decided to swim to shore to see the island when she suddenly felt something sink its teeth into her leg.

Initial reports speculated the culprit was a shark despite nobody actually seeing one in the area.

But marine biologists have rejected the idea and said Ms Craney’s wounds were instead likely to be from a giant trevally or a red sea bass.

Anika Craney, 29, (pictured) suffered ‘significant leg injuries’ after she was bitten while swimming at Fitzroy Island, near Cairns, at about 12.10pm on Tuesday 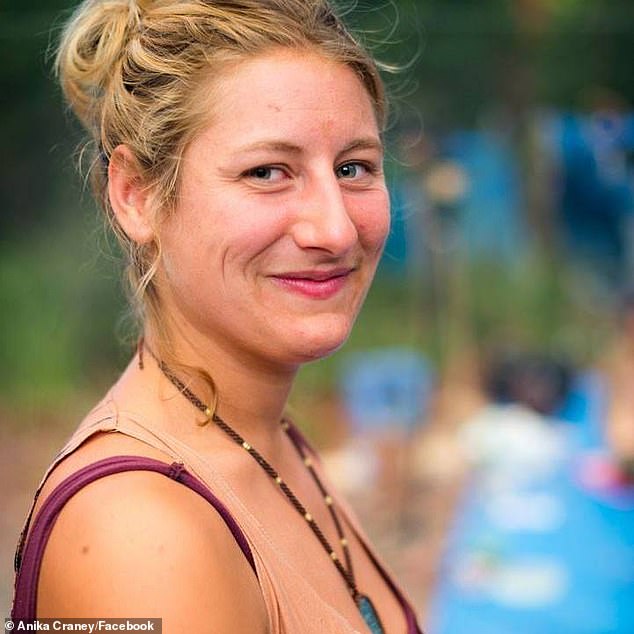 Fitzroy Island Resort chief executive Glen MacDonald pointed out that Ms Craney hadn’t even seen the shark – if that was what attacked her.

‘No one’s actually seen a shark, that we’re aware of,’ he told reporters.

‘[She] herself admitted she hadn’t seen anything either.

‘She was just aware she’d been bitten, but was unable to confirm it was a shark.

‘Fitzroy’s never had any evidence of shark attacks in the past. Fitzroy’s not known as a breeding ground or habitat for them.’

Mr MacDonald’s theory was backed up by Reef Teach marine biologist Gareth Phillips, who said it was very unlikely the attack was from a shark.

‘The description of the wounds, and I’ve seen a number of shark attacks in my career, was not conducive to that,’ he said.

‘There’s a strong chance it was either a giant trevally or a red sea bass.’

Mr Phillips said trevallys could be mistaken for sharks and were known to attack humans resulting in lacerations and even fractures. 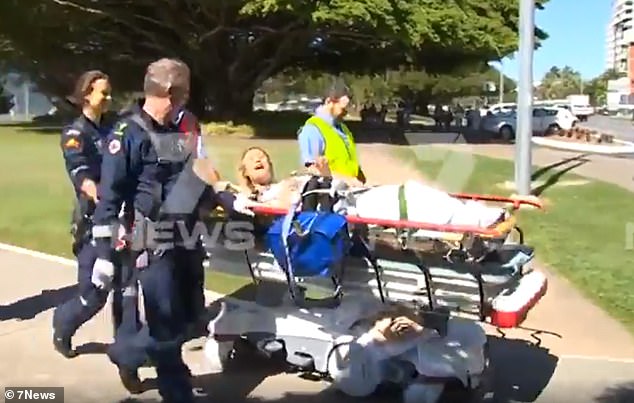 Ms Craney shouted: ‘I still love sharks!’ while being wheeled on a stretcher to hospital

Dean Cropp, the skipper of the boat, believed Ms Craney was attacked by a shark but wasn’t sure which kind.

‘As [Ms Craney] got close, a shark grabbed her on the ankle and she kicked at it,’ Mr Cropp told the Daily Telegraph.

‘She’s a very experienced freediver and has dealt with sharks in the past two years.

‘They’re not something we’re fearful of but we do respect them.’

Bystanders applied first aid to the 29-year-old following the bite, while paramedics and a rescue helicopter rushed to the scene.

Ms Craney was then flown via helicopter from the popular tourist spot to Cairns, where an ambulance waited to take her to hospital.

Despite the mysterious attack, Ms Craney was seen waving and laughing while being wheeled on a stretcher by emergency crews. 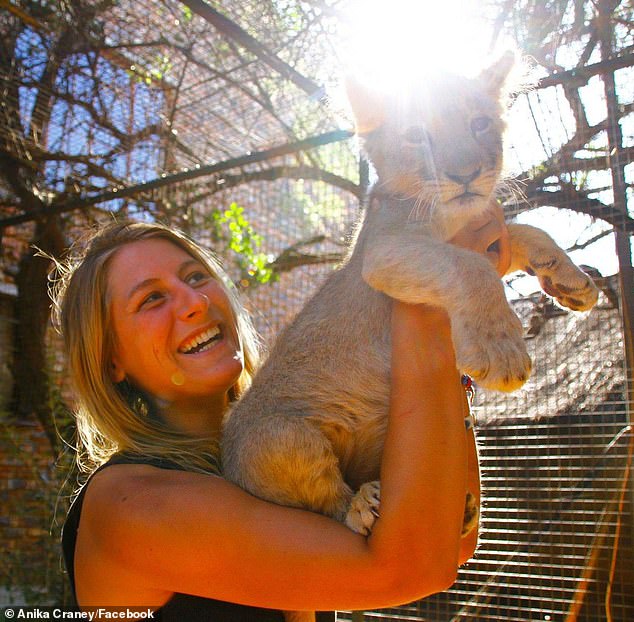 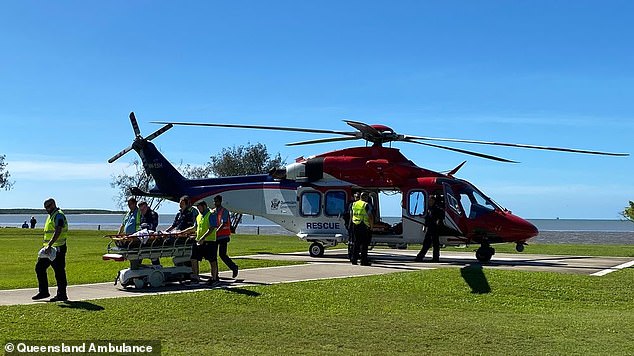 Bystanders applied first aid to the victim, while paramedics and a rescue helicopter rushed to the scene

‘I still love sharks!’ she shouted while being wheeled to hospital.

Ms Craney had been working as a nurse, videographer and deckhand on Mr Cropp’s vessel.

Mr Cropp said she had been attacked in water only five metres deep and he and the crew are planning to visit Ms Craney who remains in hospital on Tuesday night.

‘She seemed to be more worried about missing out on the adventure then the injuries,’ Mr Cropp told the Sydney Morning Herald.

‘While you hope it doesn’t happen to you, you know it’s part of the risk.’

Ms Craney, who worked as a volunteer firefighter and lost her home in the Cobargo fires early this year, is now looking at a potentially broken ankle and deep lacerations to her lower left leg.

Shark attacks in Fitzroy Island are very uncommon but there have been two other attacks in Far North Queensland within the last ten days.

Mani Hart-Deville, 15, was attacked while surfing at Wilsons Headland at Wooli Beach, north of Coffs Harbour, just before 2.30pm on Saturday.

Board-riders helped the boy to shore and he was given first aid for serious leg injuries but died at the scene. 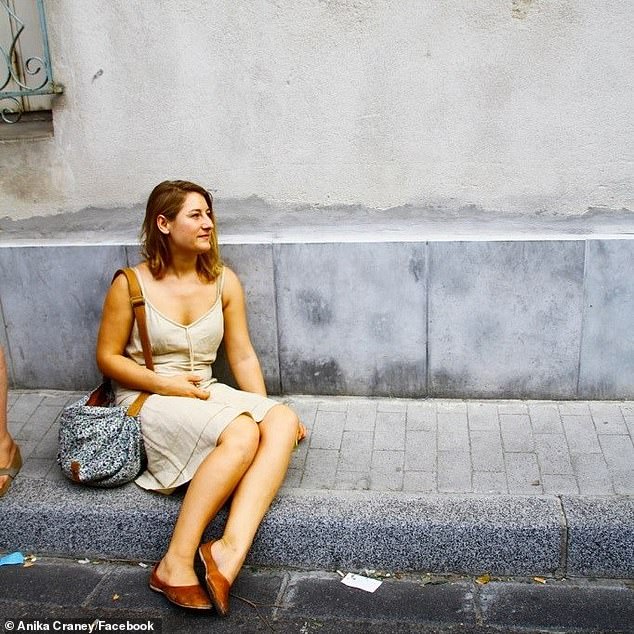 Ms Craney, who worked as a volunteer firefighter and lost her home in the Cobargo fires early this year, is now looking at a potentially broken ankle and deep lacerations to her lower left leg

The Green Bay Packers remain in their camp, and Aaron Rodgers has actually reached the 2nd crossroads of his...